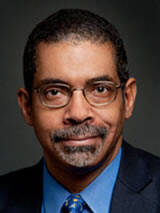 In an earlier column I took Baby Boomers to task for the way in which the ideals of their youth had morphed into shallow, narcissistic consumerism in their golden years. The column initiated a number of lively comments among boomers who took offense to my characterization of them. Their reaction was strong enough that I found myself mentally composing responses of my own to add to the mix but they all seemed to center around some variation of "...but some of my best friends are boomers!" which didn't seem helpful, so I decided to hold off on adding any more fuel to the fire.

But when a reader sent me a link this past week to an interesting column at Bloomberg.com by renowned Yale Law professor, author and card-carrying boomer Stephen L. Carter I thought it was worth revisiting the topic. His essay "To the Class of 2013: Resist Simplicity" is an open letter of sorts to this year's college graduates in which he criticizes his generation from a different angle: "...your great challenge is to regain the high ground my generation once championed and has long forgotten: the freedom to think for yourselves."

Carter's point is well taken. Our inability to deal with increasingly complex ideas can't be sustained in this day and age. Two dimensional thinking doesnt do justice to the multi-dimensional world we currently live in.

"We live in the era of groupthink, when to disagree is to be tagged as either wicked or stupid -- either way, as part of the enemy" says Carter. "We baby boomers marched on campus in the 1960s and ’70s for the right to make up our own minds, but now that we hold positions of power, we seem to view opposition or even criticism as dangerous. And yet, given the complexities of the modern world, there has never been a time when thinking for yourself is more vital."

Carter's article is well worth reading. But to the more sensitive boomer readers out there...please don't think I'm trying to pile on...trust me, I'm not, in fact, some of my best friends...

Bill McGarvey
@billmcgarveybillmcgarvey@gmail.com
Show Comments (
5
)
Comments are automatically closed two weeks after an article's initial publication. See our comments policy for more.
Marie Rehbein
8 years 6 months ago
So far as I remember (being on the tail end of the boomer thing), there were young people who did a lot of good in the civil rights movement and in opposing the war in Vietnam. I also remember there were a lot of selfish people who advocated free (for them) love and drug use (that made them useless to others). Subsequently, there were people who made the effort and become leaders in this country whose philosophy was largely to create a reality that had to that point only existed in television fiction. It is these people, not the boomers, who bear the blame for our nation's current economic problems and our world's climate concerns. If apologies are due, it is from these people who have yet to admit the error of their ways.
Mike Evans
8 years 6 months ago
A huge segment of generation X and millenials have simply opted out of doing any serious study or making any personal commitment to the universal call to make this world a better place. Beyond texting and buying online, their energies are sapped with either just bare survival or with the gross distractions of being entertained, making them passive consumers not active contributors. This is their chance to rule the world as the old dudes and dudettes begin to die off. Not many of us will remain past age 80 and the early signs of dementia are already here. The door of opportunity for change and material surging forth is here now, all it needs is some energy from those who are well fed, well educated and well heeled.
Marie Rehbein
8 years 6 months ago
I cannot judge these young people for not doing "something". Maybe I'm jaded, but I don't believe the world as a whole can be made a better place. I see them doing their part online -- making microloans, for example -- but believe that trying to make the entire world a better place all at once, rather than just addressing the needs of the moment, is shown by history to do more harm than good.
Tammy Gottschling
8 years 6 months ago
I think this is a gross estimation and as a Catholic woman committed to social justice, Thomas Merton was very concerned about his generation losing their focus buying into corporation and marketing a "myth-dream." Perhaps we could refresh with Merton calling attention to K.O.L. Burridge author of “Mambu,” regarding cargo cult movements, “myth-dreams,” technics and quantitative data. Moreover, how Burridge’s work influenced the 1960s Civil Rights movement in our academic institutions, technology, and globalization.
Colin Steven
8 years 4 months ago
We should raise the boomers, praise boomers nor to bury them. The intent is to both explain what is the good and bad thing about the generation’s effect on American society, and also the one thing is what causes most of the boomer hatred from the reasonable members of our generation, the unreasonable ones are like everyone else and the generations after. More, except in some families, they normally came from very different family structures. Most boomers have more than one sibling but in our generation more than one is rare, and if you go over more than two, that’s really rare. Many young people today are blamed for all the ill's today's generation so don't blame baby boomers.