‘Of The Making of Books There Is No End’: a survey of our Fall Literary Review 2017 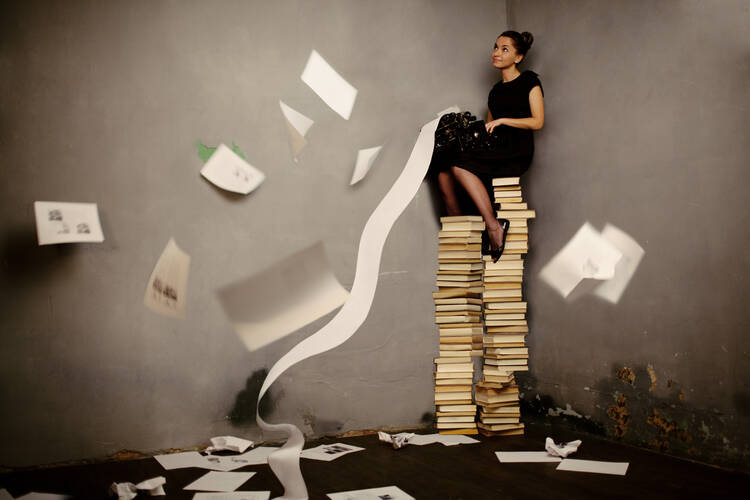 It is a testament to the breadth and depth of interests of our writers that this literary review includes everything from an appreciation of an Austrian stream-of-consciousness novel more than 70 years old to a theological take on the lyrics of Kendrick Lamar to a feature on history books for children. Throughout this special issue, the authors reviewed and appreciated are also a diverse and many-splendored crew.

Fans of James Joyce (or indeed of Jack Kerouac) will find themselves intrigued by Ted Gioia’s “The Great Catholic Avant-Garde Novel,” about the Austrian Hermann Broch’s 1945 stream-of-consciousness novel The Death of Virgil, written as an explicit criticism of Hitler’s fascism. Like Joyce, Broch used experimental forms with abandon, including sentences filled with dense symbolism and stretching pages long. Gioia’s reflections on the novel include a chilling warning: “When fascist principles rise next time they will come with a smiling face and promise that they are simply prudent measures for the good of the populace.”

Lisa Ampleman describes Milton’s 17th-century epic as “ever more relevant,” and perhaps the perfect subject matter for a Hollywood blockbuster.

Delving deeper into the past, Lisa Ampleman begins her appreciation of John Milton with the striking image of a blind Milton dictating his epic Paradise Lost to his three daughters in his final years, going on to describe Milton’s 17th-century epic as “ever more relevant,” and perhaps the perfect subject matter for a Hollywood blockbuster. Even more intriguing for Ampleman, however, is the way Milton’s language and imagery can inspire personal connections in the reader.

Unconnected, except perhaps by word association (where’s Hermann Broch when you need him?!), is an examination by David Leigh, S.J., of David S. Brown’s new cultural biography of F. Scott Fitzgerald, Paradise Lost. As Brown notes, Fitzgerald’s attachment to the “faded Southern glory” of his family’s aristocratic roots was one of many personal difficulties that made it impossible for him to coexist with a modern U.S. society, pace the example of Jay Gatsby. 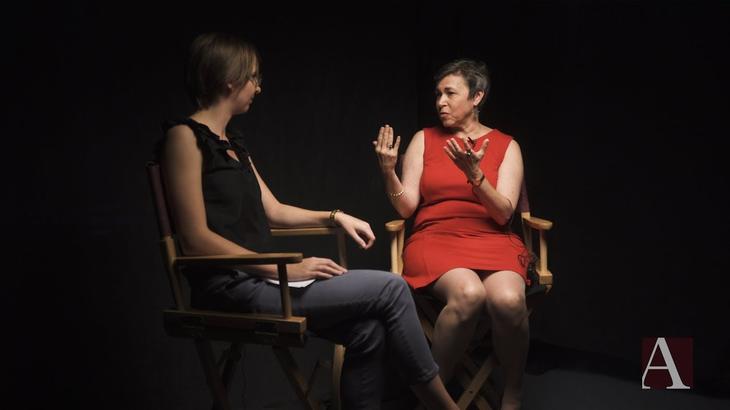 In keeping with our recent renewed emphasis on poetry, Colleen Dulle interviews the poet Kim Bridgford, whose work includes the Mezzo Cammin Women Poets Timeline Project, intended eventually to be the largest database of women poets in the world, as well as numerous volumes of poetry herself. In addition, this issue includes two other poems: “Death Visits the Garden,” by Amy Newman, and “Hornets’ Nest,” by former America poetry editor Paul Mariani.

As Ernie Pyle once wrote, war “isn’t something in a book or a picture, but friends of yours getting battered to pieces a few yards from you.”

The reality of war is treated in former battlefield correspondent Peter Reichard’s review of two books on war reporting. Reichard does not overly glamorize reporters in the field, but notes that war reporting has ranged from the worst of yellow journalism to the best of honest depictions of the violence. As Ernie Pyle once wrote, war “isn’t something in a book or a picture, but friends of yours getting battered to pieces a few yards from you.” Another former war correspondent, Thomas C. Fox, brings his experience to bear on Howard Jones’s husky volume: My Lai: Vietnam, 1968, and the Descent into Darkness. The author spares no detail, no matter how graphic, about the massacre of Vietnamese civilians by U.S. soldiers; anything less would be an injustice to those murdered. “This is not an easy book to read,” Fox comments, “but it is one well worth reading.”

In addition, Raymond A. Schroth, S.J., editor emeritus of America, reflects on the evergreen notion that a man must prove his masculinity through war. In our own day, Father Schroth notes, films like “The Four Feathers” (1939) are referred to as a way to exalt the warrior and denigrate peacemaking as cowardice or effeminacy. But some contemporary writers are calling for a “therapy of truth” that shows the true horrors of war—and offers alternative visions of heroism.

History for a different audience is the focus of Elizabeth Kirkland Cahill, who suggests in her survey of history books for children that the best books are those that are deeply human-centered and include strong, appealing visuals. Oh, and “they must tell a cracking good story.” Cahill finds the real gems in historical fiction, where some of the “towering figures in children’s literature” have contributed, including Deborah Hopkinson and Emily Arnold McCully.

Elizabeth Kirkland Cahill suggests in her survey of history books for children that the best books are those that are deeply human-centered and include strong, appealing visuals.

Three biographies of another towering figure of literature, Henry David Thoreau, get special attention from Franklin Freeman in “His Forest was His Cathedral.” All three taken together might give a fuller picture of Thoreau, Freeman argues, a complicated and often-misunderstood political radical as well as a poet, someone with much to tell us “about life and death, about nature, about freedom and slavery.” What would Thoreau’s life and works have become had he lived longer than 44 years?

“The pleasures of heaven are with me and the pains of hell are with me,” wrote another famous American writer, Walt Whitman. “The first I graft and increase upon myself, the latter I translate into a new tongue.” Will we ever have another chronicler of the human condition like Whitman or Thoreau? The America editor Olga Segura suggests we have found him in the rapper Kendrick Lamar, in her insightful analysis of the ways in which Lamar translates those pains and pleasures in his blunt and yet profound lyrics. She notes a central insight of the theologian Alex Nava: Hip-hop and the music of the black church were both born in the oppression black communities felt in the United States. Lamar, Segura notes, reminds us “that faith, like so many aspects of our humanity, is messy. It is full of contradictions, born out of happiness and suffering, virtue and sin.”

Hip-hop and the music of the black church were both born in the oppression black communities felt in the United States.

There is more fruit to be found in our shorter reviews, including a treatment by Gerald T. Cobb, S.J., of Kay Redfield Jamison’s “rollercoaster of a biography,” Robert Lowell: Setting the River on Fire.Two pressing issues of our time are also treated by John A. Eterno and David J. O’Brien. The former reviews Norm Stamper’s analysis of law enforcement realities (including violence) in To Protect and Serve. The latter treats the American obsession with profit in his review of Duff McDonald’s The Golden Passport, a thorough history and critique of Harvard Business School.

Judith Valente offers an appreciation of the theologian Peter Phan, whose recent memoir, The Joy of Religious Pluralism, looks back on his often controversial, career-long attempt to show the valences among different religious faiths. Another theologian, Michael Peppard, reviews Larry W. Hurtado’s Destroyer of the Gods, parsing Hurtado’s claim that we have minimized the features of Christianity that made it “odd, bizarre, in some ways almost dangerous.” Peppard notes that religious identity was as complicated and multivalent a question two millennia ago as it is now.

Larry W. Hurtado argues that we have minimized the features of Christianity that made it “odd, bizarre, in some ways almost dangerous.”

Finally, we are happy to welcome to our Last Word page Natalia Imperatori-Lee, discussing the trying task of getting her first book out the door amid life’s other obligations. Publishing a book is a bit like giving birth, Imperatori-Lee notes, with one important difference: “There are no epidurals for manuscripts.”