F. Scott Fitzgerald: a novelist who was Catholic, but not a ‘Catholic novelist’ 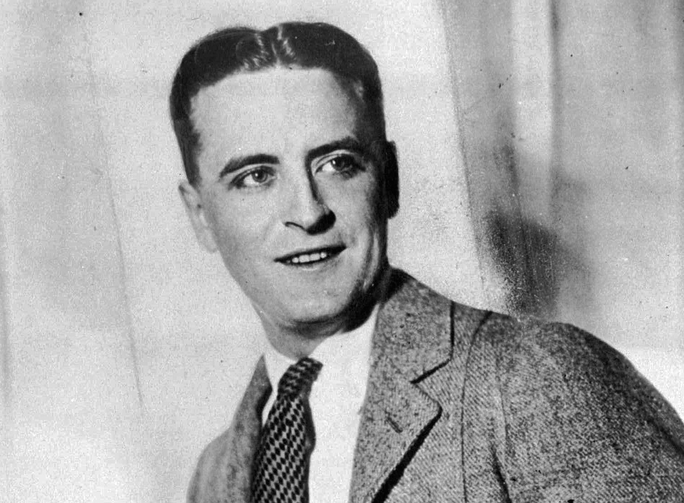 In contrast to his Princeton classmate Edmund Wilson, F. Scott Fitzgerald considered himself more a “feeler” than a complex “thinker,” a judgment affirmed by Fitzgerald’s early biographer Arthur Mizener. This latest biography by David S. Brown, a history professor at Elizabethtown College, tries to position Fitzgerald as an imaginative “thinker” in Brown’s own field of American cultural history. He finds in his best novels—The Great Gatsby (1926) and Tender Is the Night (1934)—a background history of the booming 1920s and busted ’30s as the post-war death of Victorian idealism and the ideological struggle between democracy and collectivism. Fitzgerald’s own values are embodied in the Gatsby narrator, Nick Carraway, who prizes the “old virtues of work and courage and gestures of courtesy” that have been corrupted by industrial capitalism and consumerism, as well as by urban greed and sexual manipulation. As a historian, Brown traces Fitzgerald’s values back to the landed aristocracy of 18th-century America through his father’s genteel Maryland family.

Brown tries to argue the influence of early 20th-century cultural thinkers on Fitzgerald’s essays, short stories and major novels, such as Oswald Spengler’s history on the decline of the West, Thorstein Veblen’s theory of the rise of the leisure class, Henry Adams’s disillusioned view of America in contrast to the Middle Ages, Frederick Jackson Turner’s portrait of the loss of an American frontier and Randolph Bourne’s views on a multicultural, leftist America. Brown also attempts to align Fitzgerald’s narratives with James Truslow Adams’s The Epic of America, with its modern goals of a classless society of fully human persons with justice, liberty and equal opportunity. Brown is forced to admit, however, that this last book appeared in the 1930s after Fitzgerald’s main fictions and that the novelist never read Veblen or Turner and picked up his ideas of Spengler from journal articles. In fact, most of the ideals that underpin Fitzgerald’s better characters came not from these cultural historians but from the popular “American dream” myth—the ideal of the United States as a “new world,” free of distinctions of race or class, of the priority of “having” over “becoming” and of the evils of a materialistic bureaucracy without “soul.”

As a short story and novel writer, Fitzgerald, Brown affirms, portrays the varieties of the American dream primarily through its failures to bring happiness to his main characters and their families, especially to young Amory at Princeton in This Side of Paradise, to Gatsby and the Buchanans in Gatsby, Dick Diver in Tender Is the Night and Stahr in Last Tycoon.

A chaplain at the Newman School admitted he convinced Fitzgerald to read Chesterton but failed to inspire him to become a “Catholic novelist.”

Fitzgerald also dramatizes the grim failures of the “dream” in his most naturalistic novel, The Beautiful and the Damned, as well as in many short stories like “My Lost City” (1932) or essays like “Echoes of the Jazz Age” (1931). In these works, the glitterati of the author’s postwar youth near New York City—the newsmakers, entertainers, film stars, investors and writers—appear as victims of their own excesses.

In his otherwise insightful history of Fitzgerald’s main characters and themes, Brown fails to develop the occasional mention of the role of religion in the United States or in Fitzgerald’s life. Brown acknowledges the positive role of Monsignor Fay as a mentor to Amory in Paradise, but then Fitzgerald kills him off near the end of the novel, which concludes with Amory celebrating the one lesson he learned from his mistakes in school and university—“I know myself but that is all.” The inspiration for Fay, a chaplain at the Newman School in New Jersey, admitted he convinced Fitzgerald to read Chesterton but failed to inspire him to become a “Catholic novelist.” The only other extended picture Brown paints of Catholicism in Fitzgerald’s adult life appears in his arguments with his sister Anabelle, an active Catholic, over the disposition of his mother’s fortune (of which Scott received 40 percent). As Laura Guthrie, his one supportive secretary, wrote during the low point of his recovery from tuberculosis in 1935, “His mother is old...his wife is insane...alone, with no religion to comfort him...he tries so hard to drown it out with drink and sex.”

Brown’s portrait of Fitzgerald’s family life supports what other biographers have shown us. He was proud of his father’s ancestors despite their “faded Southern glory” and “genteel poverty” during Scott’s own upbringing in St. Paul and Buffalo. Although his mother spoiled him and gave him a “brittle ego,” Fitzgerald was ashamed of his mother’s social awkwardness and her lifelong lack of interest in his writing. The result of his parental mismatch emerged in youth as Fitzgerald’s tendency to “overcompensate” by talking too much and trying to pursue popularity at all times.

The biography brings out the endless twists and turns of the Scott-Zelda marriage, which began after he published his first novel and which brought out the lifelong competition between the “irresponsible pair...consumed by celebrity.” Although their relationship inspired many scenes in his short stories, its darker side fills up much of the third part of this biography, titled “Breaking Down.” Brown provides a few new details about the run-ins with Hemingway, who looked down on Fitzgerald as a “gifted but dim” “butterfly,” crippled by alcoholism and self-doubt. Brown suggests that the Fitzgeralds tried to improve their status (and marriage) by buying a manor house in Delaware in 1924, but were never happy there, especially as Scott’s philandering and Zelda’s depression led them to escape to Europe and eventually resulted in her breakdowns in 1932 and institutionalization from 1934 to 1940. This period inspired Scott’s Basil and Josephine short stories, and Zelda’s publication of her one novel and 12 short stories, which embodied her picture of their lost alcoholic years and their moral and emotional alienation. Later, Scott recognized that Europe was no solution for them or for the world, as it became corrupted by socialism and fascism. But it inspired some of his better late stories, like “The Swimmers” and “Babylon Revisited,” as well as Tender Is the Night.

The biography brings out the endless twists and turns of the Scott-Zelda marriage.

Brown completes his cultural history of the Fitzgerald legend by linking Scott’s own collapse, as recorded in The Crack-Up (1936), with his political realization that “modernist” societies subordinated democracy to collectivism, and arts, literature and science to mechanical, secularist and industrial illusions. Even his move to Hollywood from 1937-40 provided a financial solution for Fitzgerald but no resolution to his personal and ethical collapse. He found Hollywood gave him no opportunity for aesthetic creativity, and his affair with Sheila Graham became largely an escape from his unresolved relationship to the distantly hospitalized Zelda. However, he did begin to renew his relationship with their daughter, Scottie, and managed to write the major parts of his final tragic novel. This novel, The Last Tycoon, dramatized the conflict of a creative producer and director, Monroe Stahr, with the Hollywood corporations and unions.

Brown concludes his biography with two quasi-epilogues. In the first he summarizes Zelda’s final eight years after her husband’s death, during which she was released from the hospitals to live with her mother most of the time. She managed to take up painting and writing at times, and returned to an evangelical Christianity until her death in 1948 during a fire in the Highland mental hospital in Asheville, N.C. The second epilogue, “Life after Death,” records the resurrection of Fitzgerald’s readership and reputation after his death. Although only 70 copies of Gatsby were sold in 1940, the year of his death, his works began to be reissued in 1945; several biographies began to appear, one a series of essays edited by Alfred Kazin, the other the first complete story by Arthur Mizener in 1951. By 2013, one study estimated that The Great Gatsby had been bought by 25 million persons worldwide. As Brown concludes in his biography, readers never stop learning from the shimmering green light of “Gatsby’s grand illusion,” and they seek after the romantic “old idealism” of Fitzgerald’s imaginative histories: “So we beat on, boats against the current, borne back ceaselessly into the past.”

This article also appeared in print, under the headline “Chasing the ‘shimmering green light’,” in the Fall Literary Review 2017, issue. 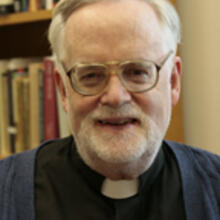 David Leigh, S.J., is a professor of English at Seattle University, where he was recently awarded the McGoldrick Fellowship for his teaching, scholarship and service.