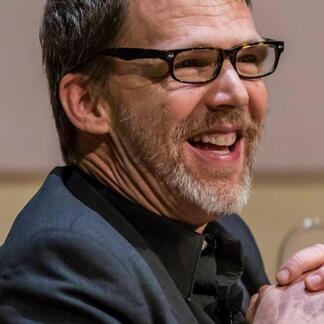 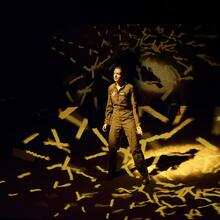 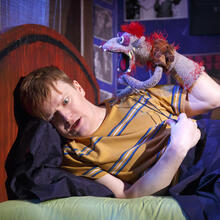 Friend of the Devil: Innocence and angst collide in Robert Askins's 'Hand to God'
Rob Weinert-KendtApril 16, 2015
The first act of violence in the funny, harrowing new play Hand to God is visited upon a helpless hand puppet. A shy, ambivalent teen, Jason, is trying to persuade his widowed mother to excuse him and Tyrone, the mangy homemade puppet that seems to have taken up permanent residence on Jason’s 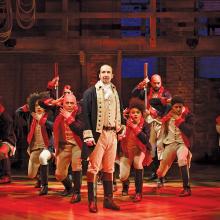 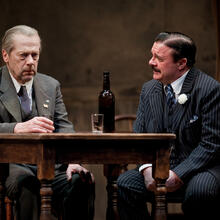 Theater
Doomed to Endure: Eugene O’Neill's 'Iceman' comes to New York.
Rob Weinert-KendtFebruary 19, 2015
In 1912, at the tender age of 24, an aimless, alcoholic college dropout named Eugene O’Neill tried to commit suicide in a New York City flophouse called Jimmy-the-Priest. By then he’d already been married, had a son and divorced, and there was much more personal tumult to come in his eve 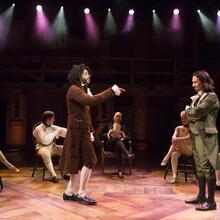 Theater
From Rags to Revolutionary: ‘Hamilton' tells a true American story
Rob Weinert-KendtFebruary 18, 2015
Depending on when you date its birth, it took rock music as much as a decade and a half to move from the pop charts to the Broadway stage, with 1968’s “Hair.” Hip-hop has been with us nearly twice as long—at least 30 years, if you measure by mainstream success—and as su 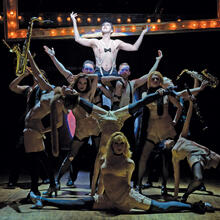 Theater
Look at This: The strange, seductive worlds of ‘Cabaret’ and ‘Side Show’
Rob Weinert-KendtFebruary 04, 2015
A show that skewers show business strikes a slippery bargain with its audience, and it can backfire. While we may smile knowingly at its insights into backstage chicanery and the cynicism of producers, and enjoy its winking parodies of other, implicitly lesser shows, a piece of entertainment intende 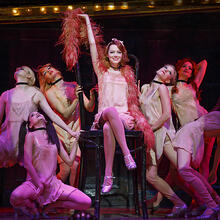 Theater
Watching Rome Burn: Two shows challenge the complacent viewer.
Rob Weinert-KendtDecember 19, 2014
A show that skewers show business strikes a slippery bargain with its audience, and it can backfire. While we may smile knowingly at its insights into backstage chicanery and producerial cynicism, and enjoy its winking parodies of other, implicitly lesser shows, a piece of entertainment intended to 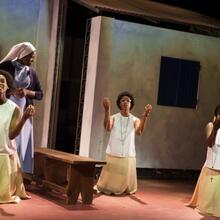 Their Eyes Were Watching God: Two new plays set out in search of the divine
Rob Weinert-KendtNovember 14, 2014
Where are we more likely to encounter the divine: in otherworldly apparitions and miracles, or in selfless service to others? In Lourdes, or at the soup kitchen? To secular and religious liberals, the latter answer has vastly greater appeal, not to mention more practical application: We may not agre 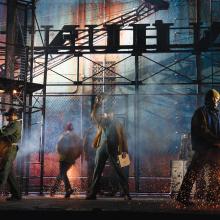 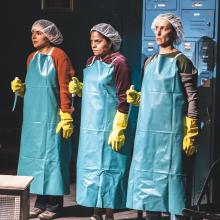