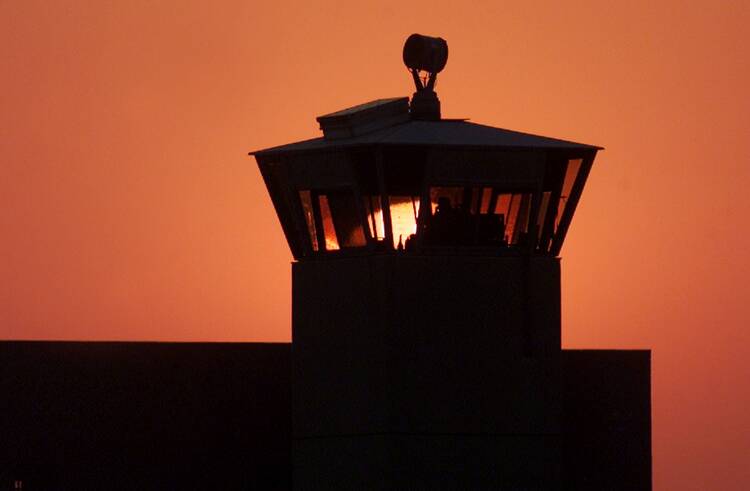 The U.S. bishops’ conference has called for a halt to federal executions scheduled for this week, issuing a statement on the afternoon before U.S. Attorney General William Barr is scheduled to receive an award at the National Catholic Prayer Breakfast in Washington—a gathering this year that has proved especially controversial precisely because of the federal government’s reinstatement of the death penalty under Mr. Barr. The bishops called the application of capital punishment “completely unnecessary and unacceptable.”

“We say to President Trump and Attorney General Barr: Enough. Stop these executions.”

Archbishop Paul S. Coakley of Oklahoma City, chair of the U.S. Conference of Catholic Bishops’ Committee on Domestic Justice and Human Development, and Archbishop Joseph F. Naumann of Kansas City, Kan., chair of the Committee on Pro-Life Activities, issued the statement on behalf of the conference.

“After the first murder recorded in the Bible, God did not end Cain’s life, but rather preserved it, warning others not to kill Cain (Gn. 4:15),” the bishops wrote to the attorney general and the president. “As the Church, we must give concrete help to victims of violence, and we must encourage the rehabilitation and restoration of those who commit violence.

“Accountability and legitimate punishment are a part of this process,” they said. “Responsibility for harm is necessary if healing is to occur and can be instrumental in protecting society, but executions are completely unnecessary and unacceptable, as Popes St. John Paul II, Benedict XVI, and Francis have all articulated.”

In August 2018 Pope Francis approved a revision of number 2267 of the Catechism of the Catholic Church, according to which “a new understanding has emerged of the significance of penal sanctions imposed by the state,” rendering the death penalty “inadmissible.”

That revision had followed a previous alteration initiated by Pope John Paul II in his 1995 encyclical “Evangelium Vitae.” St. John Paul noted then that a sign of hope for a new culture of life was the growing public opposition to the death penalty.

St. John Paul wrote: “Modern society in fact has the means of effectively suppressing crime by rendering criminals harmless without definitively denying them the chance to reform.”

That teaching had led to a previous revision of the catechism, which suggested then that the death penalty could be justified if it were “the only practicable way to defend the lives of human beings effectively against the aggressor.” The catechism pointedly added, however, that in reality “cases of absolute necessity for suppression of the offender today are very rare, if not practically non-existent.”

The execution of William Emmett LeCroy is scheduled later today, Sept. 22, and Christopher Andre Vialva is scheduled for execution on Sept. 24. The Trump administration reinstated capital punishment in July, conducting the first federal execution since 2003 when Daniel Lewis Lee was put to death by lethal injection in Terre Haute, Ind.