What is the Vatican’s response to Trump’s attack on Iran? 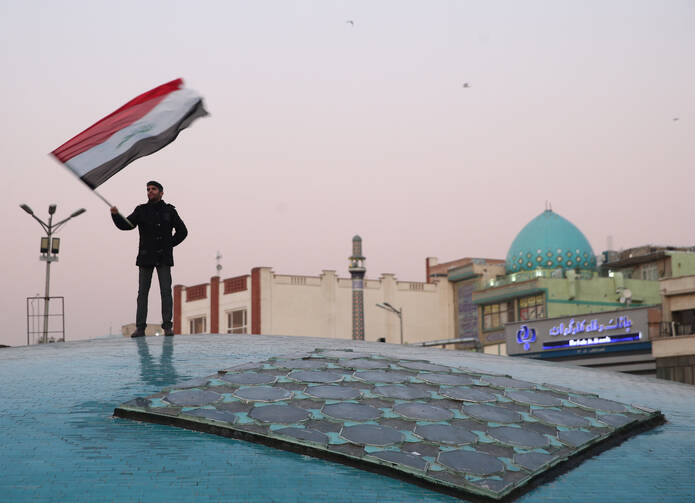 On “Inside the Vatican” this week, hosts Colleen Dulle and Gerard O’Connell, America’s Vatican correspondent, discussed how the Holy See is reacting to the sudden outbreak of active conflict between the United States and Iran, which began with a U.S. drone strike on Jan. 3. The attack claimed the lives of five people, including Qassim Soleimani, the leader of Iran’s Quds Force in the Islamic Revolutionary Guard Corps. (This transcript has been edited for clarity and length)

Colleen: On Jan. 5, Pope Francis addressed the tension being felt around the world because of the conflict between the United States and Iran. Gerry, what did the pope have to say about the situation?

Gerry: Well, the pope was very clear. He said, “I call upon all parties to fan the flames of dialogue and self-control, to banish the shadow of enmity.” He made it clear that war resolves nothing. It brings death and destruction.

I think he’s got very much in mind the situation in the Middle East over the past 40 years. In 1980 to 1988, Iran and Iraq fought a war in which the United States also became involved and in which one and a half million people were killed. And then in 2003, the U.S. led an invasion, supported by Britain, of Iraq to remove Saddam Hussein.

This war went on until 2011, and half a million people were killed. But then the conflict continued, right? And the peace is still very unstable in that country.

Now you have a new American intervention, which really risks precipitating the situation gravely. And if this becomes a war, we really are in the most dangerous of situations for the world.

If this becomes a war, we really are in the most dangerous of situations for the world.

The Holy See has good relations with Iran. It has good relations with Iraq. Indeed, the pope was contemplating visiting Iraq later this year. The Vatican has an apostolic nuncio in both countries. Archbishop Leo Boccardi, the nuncio in Iran, said a few days ago that the pope is very concerned. Pope Francis will certainly take any step that he believes can break the impasse and turn the two countries away from war.

We already have a war in Yemen, in which Iran, Saudis, everybody is involved. And we have a situation in the Holy Land where there is no peace, where the Palestinian-Israeli conflict is still unresolved. And we see the peace being threatened in Lebanon. We see the situation in Syria not resolved. And even Jordan is under pressure. So what does another war have to offer?

How are Christians on the ground in Iraq reacting to the increasing tension?

They are dismayed. They had hoped that they could begin to rebuild their lives in Iraq. Many of them have left the country and will never return. The Christian population has really been diminished greatly because of the 2003 war—as the Vatican predicted and as John Paul II had predicted when he said that the war would have a disastrous effect on the Christian community but also on Christian-Muslim relations.

The Christians see no good coming out of this because it does not help them to build peace. Chaldean Patriarch Louis Raphaël I Sako made very clear that this is not the path forward. And I think this belief is completely shared by people in the Vatican but also by Christian leaders around the world.

A lot of analysts are seeing similarities between the U.S. drone strike on Iran and the prelude to the U.S. invasion of Iraq. You were covering the Vatican back then. How did Pope John Paul II react to that parallel situation?

John Paul was prophetic. He came out very strongly. He said, “This is the road to destruction, not to peace.” He called all the ambassadors together, and he made clear the Holy See is against this war. And he laid out the reasons: It will be disastrous for the people living there. It will be disasters for Muslim-Christian relations. It will create tension across the world. And then he made clear that there was no U.S. exit strategy.

He sent his envoys to Saddam Hussein in Iraq and to George W. Bush in Washington to tell them, please, please refrain from going to war—and really the message was to the United States and Great Britain.

Cardinal Pio Laghi, who knew the Bush family, gave the letter to President George W. Bush, urging him not to go to war but to explore dialogue. Like Francis said on Jan. 5: Continue dialogue and find other ways out of the problem.

George Bush didn’t even open the letter. He put the letter down on the table and in front of the pope’s envoy, he made it clear that he wasn’t going to be turned around from the course he’d taken. When the envoy was leaving, one of the top American officials said to him: “Don’t worry cardinal; we will get this over quickly.”

The American bishops at that point stood by the Holy See. We’re waiting to see what will happen now.

America Staff
Show Comments ()
Join the conversation: Login or create an account
Before you can comment, you need to update your profile to include your first and last name, as required in our comments policy. Then reload this page and you'll be set up for commenting. Update your profile
Show Comments ()
Comments are automatically closed two weeks after an article's initial publication. See our comments policy for more.