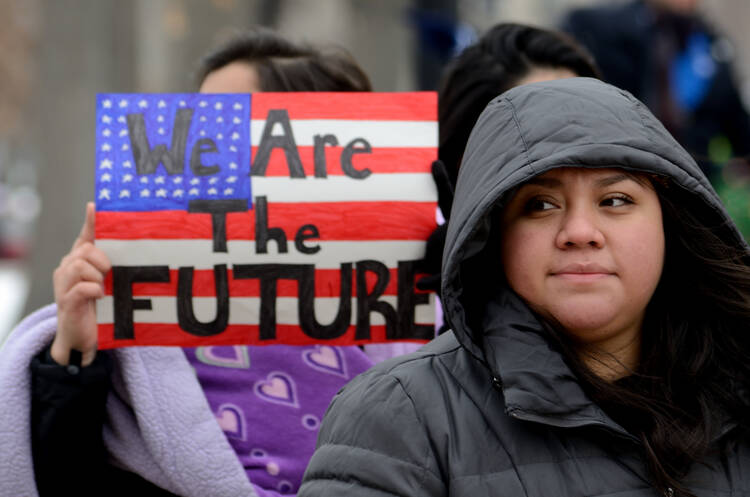 Mike Davis is a lively and gifted writer of the left, with the flair, even if often polemical, of a born journalist. Parts of several chapters in Magical Urbanism first appeared as journal articles in The Nation and L.A. Weekly. Davis won his spurs in urban sociology—garnering thereby both controversy and fame—by his previous two provocative books on Los Angeles, City of Quartz and Ecology of Fear.

In Magical Urbanism, Davis casts his urban net more broadly, beyond Los Angeles, to put Latinos where they clearly belong: in the center of debate about the future of the American city. He complains that urban sociologists, mainly preoccupied with how economic globalization has had an impact on the restructuring of the American cities, too often have ignored its most spectacular U.S. expression, whereby contemporary big cities in the United States now contain the most diverse blending together of Latin American culture in the entire hemisphere. Ten billion migra-dollars annually are transferred from the United States to rural communities in Mexico and Central America. In the maquiladoras of border towns and in the large cities of the Southwest, mainly Asian capital meets a mainly Latino workforce, with the result that in parts of Los Angeles, among small Asian entrepreneurs, Spanish, rather than English, is the second language of choice. This is part of globalization.

Mike Davis won his spurs in urban sociology by his previous two provocative books on Los Angeles, City of Quartz and Ecology of Fear.

Davis attends to four aspects about Latinos and the future of American cities: (1) the demographic growth of Latinos in the United States; (2) the ongoing impact of Latino migration on the design of major U.S. cities; (3) the potential for social and political change from this demography; (4) the new claim Latinos make on the American imagination. In the end, he is ablest in marshalling evidence for the first. In many ways, this intriguing little book is more a blueprint for obviously needed research than a fully achieved synthesis. Davis amasses the data and then tantalizes by evocative throwaway lines and crossover insights.

Consider first the demographic evidence. (A) Latinos, at 32 million, make the United States the fifth-largest Spanish-origin country. By 2050, with a projected 96.3 million, the United States will be second, after Mexico. (B) California is already a state where the majority consists of minorities. Davis trenchantly comments: "The Anglo conquest of California in the late 1840’s has proven a very transient fact." (C) Hispanics now outnumber blacks in six of America’s ten largest cities (and in three of these they surpass non-Hispanic whites). By 2003, they will outnumber blacks in 18 of the 25 most populous U.S. counties. (D) Hispanics have grown in the last decades at 10 times the rate of non-Hispanic whites, and they are overwhelmingly an urban population. (E) Latinos represent 50 percent of the population growth in 10 central states (they now make up 27 percent of the population of Chicago), which has led to the browning of the Midwest. (F) Latinos have contributed 71 percent of the U.S. Catholic growth since 1960. But they also feed into evangelical and Protestant expansion (Hispanics are now over 15 percent Protestant).

(G) Two-thirds of all U.S. Hispanics are of Mexican origin (roughly half of these born in Mexico). Besides Cubans and Puerto Ricans, recent migration has added significant numbers of Dominicans (who now outnumber Puerto Ricans in New York) and Salvadorans (there are more Salvadorans in Los Angeles than there are in San Salvador!). (H) Inter-marriage across Hispanic categories (e.g., Ecuadorians with Puerto Ricans, etc.) is on the rise. We are getting a generation of more generic Hispanics. (I) The Hispanic retail market is huge, generating $28.9 billion annual sales in Los Angeles, $17.6 billion in New York, $9 billion in Miami, $6 billion each in San Francisco and Chicago.

This demographic explosion has ongoing impact on the design of major U.S. cities. Davis contends that Hispanics (who prize home-owning and frequently merge mortgages across multiple owners to achieve it) are bringing redemptive energy to neglected and worn-out spaces in the core of our cities. Latinos exult in playgrounds, parks, squares, libraries and other endangered species of U.S. space and, thus, form one of the most important constituencies for the preservation of our urban commons. They glory in plazas and open mercados. Yet they face severe restrictions from zoning ordinances and building codes that favor developers more than individual homeowners and discourage street vendors. In several cities, revitalized by the Hispanic invasion, neighboring Anglos have complained of "Un-American hues" in Hispanic homes and shops, with their tropical pastels and colorful murals.

Hispanics, especially Mexicans, differ from earlier immigrants because they share a common border. Along that border, new transnational, twin and entwined, megapolises (Tijuana/San Diego, El Paso/Ciudad Juarez, Brownsville/Matamoros) have had to find novel intergovernmental solutions for water procurement, environmental pollution and transportation. The common border also allows for trans-national suburbs, by which whole villages transplant themselves into American cities. Aguillila in Michoacan has its clone in Redwood City. One Houston grocery chain has hired 1,000 Guatemalan evangelicals from the same village, who reproduce the Mayan social system in Houston apartments. In Los Angeles, Zapatec immigrants from Oaxaca have literally transplanted their traditional village governments en bloc to specific inner-city Catholic parishes. But besides migra-dollars, U.S.-bred gangs export violence back to their home country. Arellano mercenaries from San Diego’s Thirtieth Street gang gunned down Guadalajara’s Cardinal Posadas o Campo in 1993. In the small Salvadoran town in Quezaltepeque (population 13,000), there were nearly a dozen killings in 1997 as a result of a transplanted gang war between repatriados of Los Angeles’ 18th Street and Mara Salvatrucha gangs.

For Catholic readers who rhetorically evoke a preferential option for the poor, Davis provides a needed focus on where to put one’s energies.

The Latino potential for social and political change in our cities is restricted because so many recent migrants have been trapped into traditional urban manufacturing jobs that are being massively automated, suburbanized or exported overseas. The best evidence is that new migrants replace rather than displace American workers. Inner-city schools fail the new migrants. Returns on education for Hispanics are less than for non-Hispanic whites. Inter-ethnic differentials in college attendance have widened, not decreased, in the last decade. U.S. Latinos seem trapped on the wrong side of the digital divide. Aging white voters consistently vote down school bonds for minority public schools. Nationwide, 70 percent of black students and 75 percent of Latinos attend schools that are predominantly black and Latino. Davis remarks, caustically, "The principle of a common education" has become a bad joke.

Many Hispanics fail to vote. But the potential is there and growing. Hispanics hold a strategic concentration in New York and Florida. Predictions project that in the year 2000 one in five votes in Texas and one in eight in California will be Hispanic. In response to anti-immigrant backlash, 255,000 Mexicans became citizens in 1997, the largest single-nation naturalization record in American history. Hispanics have been reshaping the American labor movement in social mobilizations, such as Los Angeles’s Justice for Janitors and in the food, health care and construction industries.

For Catholic readers who rhetorically evoke a preferential option for the poor, Davis provides a needed focus on where to put one’s energies. Apart from jobs...the vital public resources for the working poor are education, health care and transit. These need to become the chosen goals, as well, of our big-city diocesan parishes, Catholic Charities agencies and social justice commissions.

In the end, the leftist Davis may put too many of his eggs in the basket of labor unions and potential Afro-American/ Latino coalitions that have failed, as yet, to materialize. He hopes they can engage in a strategic politics that will control the formulation of urban issues. But our Congress has become a suburban majority. Yet Davis’s general thesis in this fecund study seems sound: it is time we paid more attention to the tropicalization of our cold urban spaces.

This article also appeared in print, under the headline “A Changing Landscape?,” in the August 26, 2000, issue.