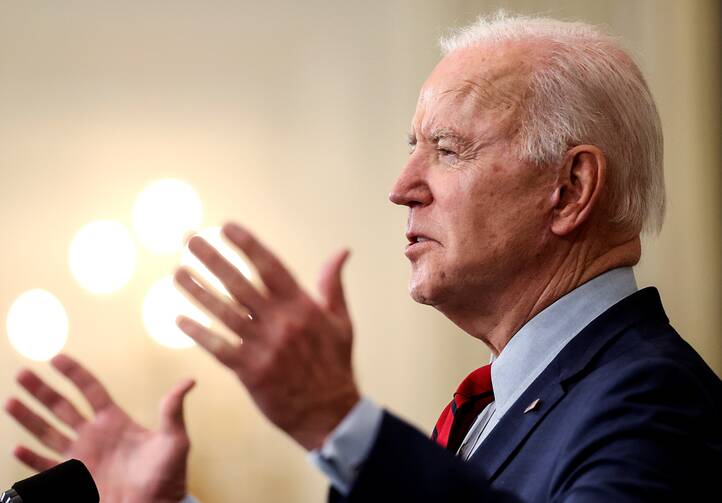 The parish council at Holy Trinity Catholic Church, the Jesuit-run parish near Georgetown University that President Joe Biden has attended several times since his inauguration, posted a statement to its website saying that the church “will not deny the Eucharist to persons presenting themselves to receive it.”

The statement comes on the heels of a controversial vote by U.S. bishops to proceed with drafting a document on the Eucharist that could include a section about Catholic political leaders and their worthiness to receive Communion. Leaders of the U.S. Conference of Catholic Bishops have said they are not seeking to implement new rules about who can receive Communion.

But several bishops said during debate just before the vote that they supported moving ahead with the document because of Mr. Biden’s support for legal abortion.

The parish council at Holy Trinity Catholic Church posted a statement to its website stating that the church “will not deny the Eucharist to persons presenting themselves to receive it.”

The Holy Trinity parish council said in their statement that they were backing Washington’s archbishop, Cardinal Wilton Gregory, who had urged bishops not to move forward with drafting the statement.

“As the Holy Trinity Parish Council, we stand with our Archbishop, Cardinal Wilton Gregory, concerning the issues surrounding offering the Eucharist to American politicians. As a parish which has a long history of welcoming all, we concur with and support the pastoral approach of our Archbishop,” the statement said.

The parish council said it was “shocking and disappointing” that bishops voted to proceed with drafting the statement.

“Sadly, the recent vote has caused considerable desolation among our parishioners as well as Roman Catholics throughout the nation,” the statement said.

“As Pope Francis recently reaffirmed, communion should be viewed ‘not as a prize for the perfect, but as a powerful medicine and nourishment for the weak,’” it continued. “None of us, whether we stand in the pews or behind the altar, is worthy to receive it. The great gift of the Holy Eucharist is too sacred to be made a political issue.”