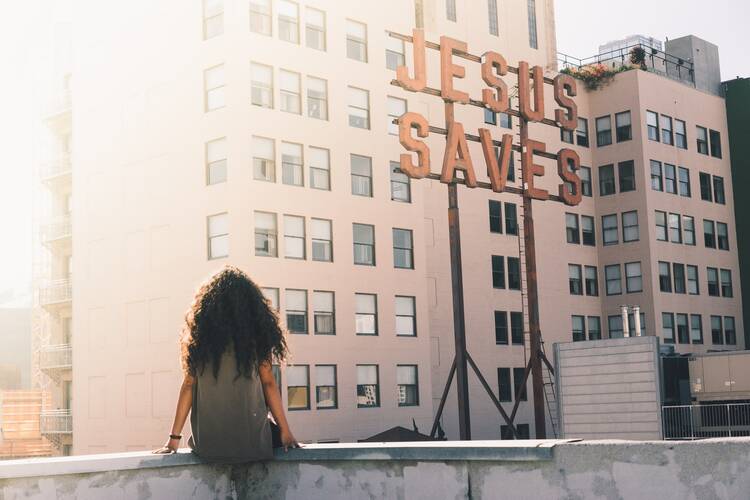 Photo by Edwin Andrade on Unsplash

On Friday, June 18, when the U.S. bishops voted overwhelmingly in favor of drafting a document on “Eucharistic coherence,” I was at the conclusion of nearly three weeks of church-related travel.

I had spent two weeks in Rome, working with 15 other “young potentials” at the Vatican’s Dicastery for Communication. We were trying to grapple with the difficult communications questions facing the global church: How do we use social media to communicate the Gospel? How can we evangelize on these platforms? How can we be digital ambassadors for Christ?

After Rome, I found myself at the McGrath Institute for Church Life at the capstone conference of the inaugural “Church Communications Ecology” program, where we struggled with the same questions. There on the University of Notre Dame’s campus, as our group shared new and innovative ideas about how the church could utilize digital media to bring people to the church, we watched as the U.S.C.C.B. general assembly unfolded.

I noticed that nearly all of our conversations started with some variation of the question: How can we use digital media to reach young people?

As I participated in session after session at my own conference, I noticed that nearly all of our conversations started with some variation of the question: How can we use digital media to reach young people? As we thought about the future of the church, I couldn’t help but look at the situation on Catholic social media at that very moment.

As our bishops lined up, one after another, to speak during their virtual meeting, Catholics of all political and theological persuasions were commenting on Twitter in real time. Some were cheering on the bishops, or at least their favorite ones, one tweet at a time, and heaving insults and accusations at their fellow Catholics with the same gusto. I couldn’t help but feel disheartened. The display, both of bishops calling out politicians and political parties by name, and lay people, religious and clergy levying ad hominem attacks at one another online, did more to foment church disunity and division than anything I have seen online during my time in ministry.

As I watched the scene unfold, my phone was inundated with text messages from my friends (most of whom would self-identify as former Catholics) asking what was going on. Sitting in a conference about creating a good church communications environment, I came to a realization. For at least the six years I have served in communications ministry, the church has repeatedly asked how to reach young people on digital media. We have held webinars, forums, conventions and convocations. We have asked on social media, and we have created campaigns and programs. But I thought of my friends, and I know that digital media won’t attract people to a church that is not itself attractive. Young people are leaving because they are fed up with the hypocrisy they see in the church.

To be clear: I do not wish to pile on the bishops. They have difficult jobs and have endured many challenges these past few years. I genuinely believe that most of them are doing the best that they can in an ever-changing world, and I pray for them daily. I have worked alongside a number of them and can attest to the fact that many are genuinely concerned about young people. But the way the meeting played out—its virtual format leaving little space for actual dialogue and discussion, and its live-streamed, play-by-play action evoking a sporting event rather than a meeting of the leaders of our church—was a display that did not align with the concerns of most young people the church is trying to reach.

Young people are leaving because they are fed up with the hypocrisy they see in the church.

I have always been taught that the Eucharist was food for the broken, not a reward for the best Catholics. A beloved mentor of mine has said to me time and again that the Eucharist is a person, not a prize. But I can also understand that, in the face of confusion or lack of knowledge of the real presence of Jesus in the Blessed Sacrament, there is a need for our bishops to engage in one of their most sacred functions: that is, to teach. I believe many would welcome a pastoral document on the Eucharist, not a political one.

The U.S.C.C.B. recently clarified that this document under consideration would indeed be a pastoral one. However, the statements by some bishops and other church leaders, as well as many on social media, seem to muddy the situation.

Neither political party in the United States espouses the fullness of Catholic teaching, but we are dealing with a challenging optic when many leaders in the U.S. church were not as vocal or proactive in the face of racism, sexism, xenophobia, migrant and refugee crises, children in cages, gun violence and environmental degradation. However, those same leaders rushed with much greater vigor to address the current administration’s views on abortion.

This hyperfocus on a single politician leaves many young Catholics wondering where this focus and passion for church teaching is when working with political figures who support the death penalty or euthanasia. It also leaves many wondering whether the leaders, or any members of the church, are unable to see our own faults.

It appears that the bishops decided to address the worthiness of President Biden to receive Communion, while neglecting the simmering tensions and crises among the faithful.

The church in the United States has been ravaged by the Covid-19 pandemic, and many of our faithful have been—or continue to be—separated from the Eucharist due to health and safety concerns. The pandemic came on the heels of the Pennsylvania Grand Jury report on the ongoing sexual abuse crisis in the church, and amid a proliferation of vitriol directed at Pope Francis and the institutional church by many of its members.

With the church in the United States already reeling, it appears that the bishops decided to address the worthiness of President Biden to receive Communion, while neglecting the simmering tensions and crises among the faithful.

One person I know put it even more bluntly: “The church is on fire right now, and the bishops decided that denying President Biden Communion was the most important thing?”

All of this played out in public, on #CatholicTwitter and in Catholic Facebook groups for the whole world to see. In a time when many people’s trust and faith in the church were hanging by a thread, they turned to our media outlets and saw the bishops arguing publicly among themselves and their fellow faithful offering insults, fighting, threats—even people calling each other heretics.

We Catholics in the pews share the blame, too.

Why would anyone want to affiliate with a group like that? How could anyone take seriously the call to love one another, to love our enemies, when this is the example we offer?

We Catholics in the pews share the blame, too. On my own Twitter feed, Catholics have questioned my faith and have told me I am more faithful to politics than to Jesus. As recently as last week, my wife and I were derided by another fellow Catholic in a thinly veiled critique of our lack of children. If a person questioning their Catholic faith, or considering joining the church, encounters a comment mocking someone in that same church for not having children, why would that person want to affiliate with an organization like that?

Young people encounter hypocrisy in the church every single day on #CatholicTwitter. One tweet, post, article or email can be the difference in bringing someone to Christ or turning them away for good. It is easy to fire off a witty retort and try to win the argument with someone. It is much harder to authentically encounter them. Only one of those paths can evangelize.

The disunity of our church is not solely the fault of our bishops, and it would be unfair to lay the entirety of the blame at their feet. There is plenty of blame to go around. Those on social media who identify first with a political party or as a “liberal Catholic” or “rad trad” bear as much of the blame for our current state as anyone. I continually discern how my own actions may be contributing to the situation.

If you don’t believe me, just ask St. Paul. Our current dilemma is not as unique as we might think:

I urge you, brothers, in the name of our Lord Jesus Christ, that all of you agree in what you say, and that there be no divisions among you, but that you be united in the same mind and in the same purpose (1 Corinthians 1:10).

The good news of that Scripture is that we can all share in the solution. We have to start with unity and ground ourselves in the Gospel of Jesus Christ. Only then will we become credible in the eyes of the young and old alike. Only then will they take our message of the love of Christ, solidarity with the poor and universal fraternity as part of one human family seriously—on whatever platform we share it.

We have to be a model for the world. Only then can we make disciples of all nations. 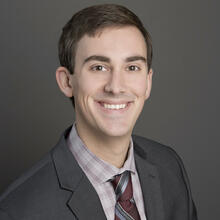 John T. Grosso is the director of digital media for the Diocese of Bridgeport, Conn.

@JohnTGrosso
Show Comments ()
Join the conversation: Login or create an account
Before you can comment, you need to update your profile to include your first and last name, as required in our comments policy. Then reload this page and you'll be set up for commenting. Update your profile