A Jesuit guide to pandemic ministry 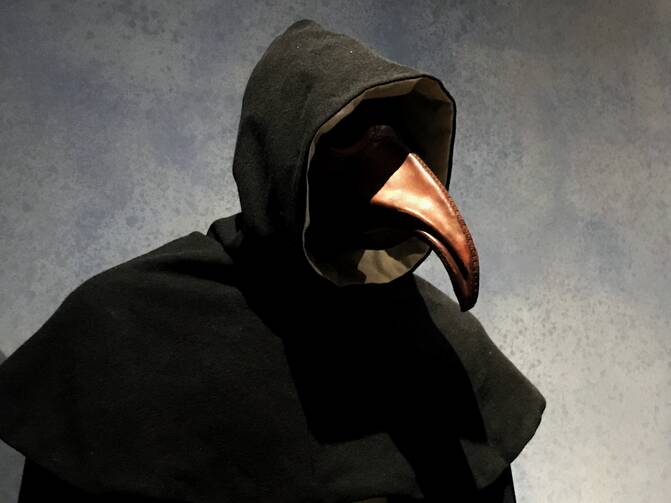 Photo by Peter Kvetny on Unsplash

When the Catholic Church opted to go virtual for its Holy Week services this past year, I had misgivings about the relative scale of values this implied. Jesus certainly teaches us to prioritize spiritual health over temporal concerns: “Do not be afraid of those who kill the body but cannot kill the soul” (Mt 10:28). As a Jesuit, moreover, I am haunted by the stories of forebears who put themselves in harm’s way to minister to the faithful. “What are the sons of Loyola for,” Blessed Miguel Pro asked in a letter written shortly before his martyrdom, “if they flee at the first flare?” Does the cancellation of the sacraments and ministries because of the coronavirus reflect a loss of faith or at least of nerve?

With this rather unsettling question in mind, I began to study the historical record, especially the pastoral response of Jesuits in Italy to the so-called Plague of St. Charles in Milan (1576-78). What I found surprised me. Even then, the Jesuits restricted sacramental offerings to preserve temporal life, though not life for its own sake. But by strategically tempering their boldness, they found themselves feuding with none other than St. Charles Borromeo. The “case study” may provide a more forgiving standard by which to assess the contemporary church’s pastoral response.

Before describing in detail the Jesuit pastoral strategy and its logic, however, it is helpful to note a few key similarities and differences between la peste di San Carlo and our novel coronavirus pandemic. It is sometimes assumed that early moderns had no notion of interpersonal contagion and thus of the danger plague ministers posed not only to themselves but to others. This is false. By the 16th century, the Milanese board of health subscribed to contagion theory, taking this as the justification for confining the sick to an isolated hospital (a lazaretto) outside Milan’s city walls. The pestilence of Milan proved far more virulent than Covid-19. Most estimate that over 18 months it claimed about 17,000 Milanese, roughly 15 percent of the city’s population. The proportional death toll in the United States would be nearly 50 million. In short, the Milanese Jesuits faced a health crisis that, though analogous to our own, belonged to a different order of magnitude.

It is sometimes assumed that early moderns had no notion of interpersonal contagion and thus of the danger plague ministers posed not only to themselves but to others. This is false.

How did the Jesuits in Milan respond to a pestilence assumed to be highly contagious? According to A. Lynn Martin’s book Plague? Jesuit Accounts of Epidemic Disease in the 16th Century, they adopted what was more or less the “official” Jesuit policy for plague-time ministry. With the blessing of the Jesuit superior general, Everard Mercurian, they isolated the majority of Jesuits while dedicating a few to vital spiritual ministries for plague victims, especially confession. At that time Milan had Jesuit communities attached to both the Collegio di Brera and the parish of San Fedele. They sequestered the teachers and scholars of the college, by far the larger group, but left a handful of volunteers at the Casa di San Fedele to care for plague victims. Two of the Jesuit volunteers fell to the pestilence almost immediately, and others then volunteered to take their place. Though the Jesuits did not shy from heroism, they channeled their heroic impulses so as to reap the greatest spiritual dividends from their investment of life.

This measured response, however, did not please all. St. Charles Borromeo, then the cardinal archbishop of Milan, reproached the Society bitterly when he learned that the Jesuits of San Fedele were not giving Communion to the sick but only hearing their confessions. One of the Jesuits at the college, Bernardino Viottino, revealed in a letter written to Father Mercurian that he tried in vain to placate the archbishop with theological authorities. Having adduced weighty opinions against the existence of a strict obligation to dispense Communion to plague victims, Viottino concluded, “Monsignor, we teach the doctrine that we have from the Holy Doctors and nothing else.” Cardinal Borromeo is said to have retorted, “You are not a bishop, and to say that we should do that is none of your business; I do not like this doctrine and I do not want it.” He doubtlessly preferred the approach of the Capuchins, who sent their friars en masse to minister in the lazaretto, losing 10 all told. The Society of Jesus clearly used different criteria to determine the scope of its response.

What principles guided their deliberation? The two most significant were indifference, in the Jesuit sense, and the more universal good. Jesuit indifference finds classic expression in the “First Principle and Foundation,” the introductory consideration in the Spiritual Exercise of St. Ignatius. After noting that the purpose of human persons is to “praise, reverence, and serve God our Lord, and by this means to save their souls,” the First Principle and Foundation draws a rather bracing conclusion: “To do this, I must make myself indifferent to all created things, in regard to everything which is left to my freedom of will and is not forbidden. Consequently, on my own part, I ought not to seek health more than sickness....” This indifference to health implies, of course, that a good Jesuit will risk his health when the salvation of souls calls for it. But indifference to sickness, also implied, means that a good Jesuit will not insist on reckless self-immolation, either. The option to be chosen should depend solely on its conduciveness to the end in view: divine service.

The Jesuit Constitutions suggest that Jesuit superiors, looking to the “universal” church rather than to a single region, should prioritize missions that meet more urgent spiritual needs or have a more far-reaching spiritual influence.

According to the Jesuit Constitutions, however, this greater divine service is practically synonymous with the “more universal good”: “The more universal the good is, the more it is divine.” This second principle dictates that Jesuit superiors, looking to the “universal” church rather than to a single region, should prioritize missions that meet more urgent spiritual needs or have a more far-reaching spiritual influence.

Given this standard for the choice of missions, one easily sees why the Jesuits arrived at a prudential judgment different from that of Cardinal Borromeo, whose pastoral horizon remained his single, plague-ridden diocese. As members of an international religious order, by contrast, the Jesuits’ horizon included a far-flung but chronically understaffed educational enterprise. In 1575, the Jesuits had 3,905 members and 210 schools, many of them in religious battleground regions like Germany. In light of this situation, they continued to favor the policy Juan de Polanco proposed to St. Peter Canisius already in 1562:

The shortage of members that we have in Germany obliges us to conserve them as best we can for the divine service and the common good. Although we ought to prefer the good of another’s soul to our own life, we should not expose the life of an effective servant for the consolation of one person, because if the servant lives he could help many souls.

Having different responsibilities than Cardinal Borromeo and different customary ministries than the Capuchins, Jesuit superiors judged that the “more universal good” would ordinarily be served by mothballing their teaching corps.

The 16th-century Jesuits, much like contemporary pastors, did not scruple to curtail sacramental services when confronted with epidemic disease.

Compared with the approach of the Milanese Jesuits to epidemic disease, our contemporary church’s response shows both instructive differences and comforting similarities. On the side of differences, the Milanese Jesuits prioritized confession as the sacrament least safely delayed. It would have puzzled them to see how some parishes during the pandemic effectively suppressed confession or reinstated it last of all the sacraments.

On the side of similarities, the 16th-century Jesuits, much like contemporary pastors, did not scruple to curtail sacramental services when confronted with epidemic disease. Though some then doubtlessly sequestered themselves out of excessive attachment to earthly life, there is good reason to think that many remained truly indifferent. Impartially reckoning that their longevity better served the “more universal good,” they exhibited a kind of selfless self-preservation. I like to think that many in the contemporary church, whether ordained or lay, are also so motivated.

The 16th-century Jesuit pastoral strategy suggests how one can square the Gospel’s scale of values with a plague-time curtailment of the sacraments. For those Jesuits, the sacramental suspension reflected not an excessive fear of what can “kill the body” but a prudential judgment about what can save more souls. Even Blessed Miguel Pro admitted this in principle. Just after asking rhetorically whether the “sons of Loyola” could ever flee, he hedged humbly: “I am not speaking in general; some should certainly be spared because they will be very useful someday.” 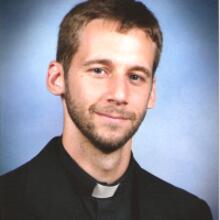