Explainer: Is it ethical to accept medical treatments derived from abortions?

Explainer: Is it ethical to accept medical treatments derived from abortions? 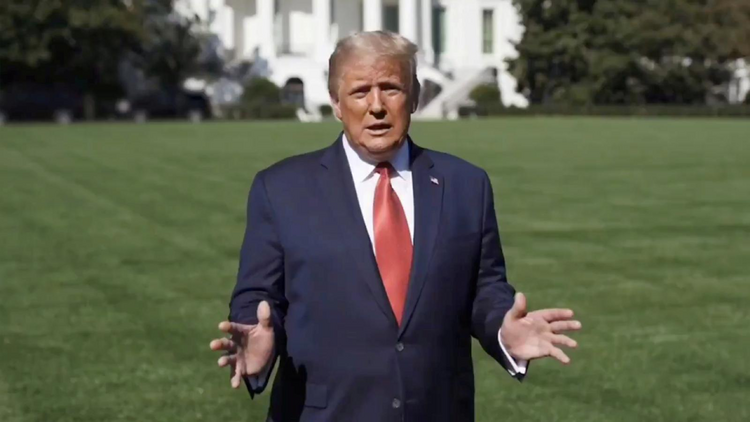 President Donald J. Trump speaks outside the White House on Oct. 8, 2020. In a video from which this photo was taken, Mr. Trump described his treatment for Covid-19 with an experimental antibody drug and antiviral treatment. (CNS photo/@realDonaldTrump via Reuters)

In the aftermath of Donald J. Trump’s four-day treatment at Walter Reed Medical Center last week after he began experiencing serious symptoms from Covid-19, he touted the medications he received—two monoclonal antibodies manufactured by Regeneron and the antiviral drug Remdesivir—as remarkably effective remedies. “I call that a cure,” Mr. Trump said in a video posted to Twitter. (It’s not.) His enthusiasm for these remedies was so great that he suggested he would use his executive powers to order hundreds of thousands of doses for widespread use—and possibly for free. Under the White House’s “Operation Warp Speed,” the pharmaceutical companies making both treatments are already receiving federal funding in the frenetic quest for a Covid-19 vaccine.

The only problem? Both remedies were developed using cells procured from an aborted fetus in 1972 in order to test their efficacy. Beyond testing done to develop the therapeutic treatments, five Covid-19 vaccines in development, including two selected for Operation Warp Speed, use cell lines derived from aborted fetuses in order to produce the vaccines themselves.

Editor's note: This article was updated on Tuesday, Oct. 13, with additional quotes.