Review: What modern Catholicism gets wrong about the doctrine of atonement 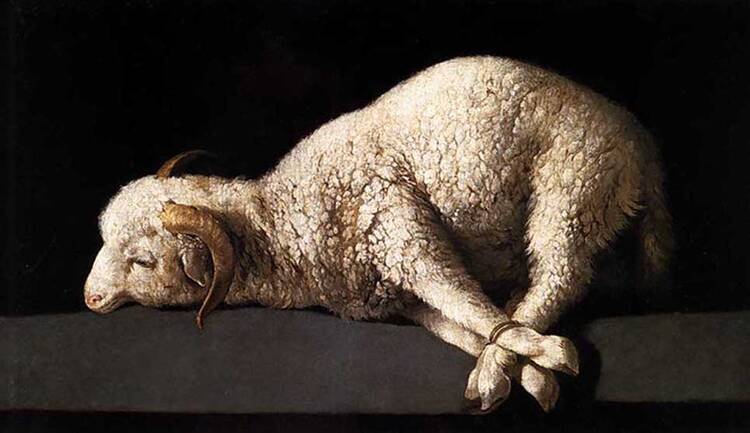 The theologian Hans Urs von Balthasar famously called for a “kneeling/praying theology”—a phrase Pope Francis has several times made his own. In Atonement, Margaret Tureknot only echoes that call; her book exemplifies it.

The doctrine of atonement, so central in the New Testament and the church’s tradition, has fallen into disfavor in some theological circles and into general neglect in Catholic life. Turek finds this situation to be spiritually and theologically impoverishing. She discerns a number of causes for this malady. Among them are a diminished sense of the gravity of sin and a one-sided appeal to God’s mercy—to the practical exclusion of the Bible’s equally acute perception of God’s “wrath.” But perhaps the greatest stumbling block is the grievous misconception of atonement as the price demanded by God the Father and inflicted upon the innocent Jesus Christ, which some have even likened to child abuse.

Turek’s rich study addresses each of these shortcomings, drawing upon the insights of a quartet of theologians: Hans Urs von Balthasar, St. John Paul II, Joseph Ratzinger and (less well known) Norbert Hoffmann. But her governing vision is that offered by the kerygma itself: “In this is love, not that we loved God, but that God loved us and sent his Son to be the expiation for our sins” (1 Jn 4:10). “Atonement,” Turek maintains, “is the form that the love of God takes in his Son, Jesus Christ, under sin-wrought conditions—a love than which no greater can be conceived.” Christ’s atonement does not “earn” the Father’s love for us, it is the fruit of that love.

But the Cross, as the heart of atonement, not only makes manifest God’s love, it also reveals the true depth of sin. Sin is the refusal to make God present in our lives and in our world. It is the refusal of “filiation,” spurning God’s loving invitation to become sons and daughters in the Son. God’s “wrath” is God’s passion for the well-being of his beloved creatures and God’s grieving judgment upon their rejection of love.

In atoning for sin, Jesus takes upon himself sinners’ estrangement and alienation, hostility and hatred. He thereby transforms sinful rejection into loving reconciliation. And he does so in his own body, which he continues to give for us in the Eucharist. In this, Jesus incarnates filiation in the midst of the world’s estrangement: “You are my beloved Son; in you I am well pleased” (Mk 1:11). We begin to fathom that “at-onement” is a radically interpersonal event that transpires between the Father and the Son and also embraces us who are its beneficiaries.

Tutored, then, by her quartet of theologians, Turek suggestively grounds the interpersonal process of at-onement in the very life of the Trinity. The mutual love of Father and Son in the Spirit is the source of humankind’s call to enter into and embody these life-giving relations. Indeed, atonement is not merely our redemption from sin; it enables the realization of our true vocation: to live out our inestimable dignity to become sons and daughters in Christ. Filiation is not less than divinization.

Thus, we are the graced beneficiaries of the atonement effected by Christ’s loving sacrifice. Our prayerful contemplation of this gift engenders in us both gratitude and generosity—gratitude that spurs to generous participation in Christ’s atoning work. In the rich third part of her study, “Toward a Spiritual Theology of Atonement,” Turek does not shy from speaking of “our mission of co-atonement.” With, through and in Christ (note the increasing intimacy of participatory prepositions), we are called to the awesome task of becoming “vicarious atoners in the Atoner.”

As St. Paul paradoxically expressed it: “to complete in [our] flesh what is lacking in Christ’s afflictions for the sake of his Body, the Church” (Col 1:24).

Radical as this vocation sounds—and is—Turek sees it as taking with utmost seriousness the Second Vatican Council’s issuing of a “universal call to holiness.” We are commissioned, by Christ’s atonement of us, received in baptism, to bear one another’s burdens, even the burden of another’s sin, so that all might be “recapitulated,” placed under the headship of Christ.

Tutored by her quartet of theologians, Turek suggestively grounds the interpersonal process of at-onement in the very life of the Trinity.

While enriched by so many of Turek’s insights, I would venture one concern. She rightly seeks to do full justice to Christ’s atoning sacrifice, his taking upon himself the weight of sin and the plight of the sinner. In this regard Turek draws upon von Balthasar and others to speak of “the God-forsaken Son”; of the Father “withdrawing from the one he has made ‘to be sin’ (2 Cor 5:21)”; of Jesus’ abandonment by the Father.

I wonder, however, whether this emphasis, though well-intentioned, relies too heavily upon the notoriously difficult and doubtless dramatic text from Second Corinthians? “For our sake God made him to be sin who knew no sin, so that in him we might become the righteousness of God” (2 Cor 5:21). Does stressing “God-forsakenness” risk clouding Jesus’ loving fidelity to his mission and to the One who sent him, even in the midst of unspeakable anguish? Turek herself perhaps intuits the danger and hastens to assure the reader: “Doubtless it would be a serious mistake to regard the Father’s forsaking of Jesus as signaling a real rupture of the Father-Son relationship.” But does not the language of “forsakenness” and “abandonment” unwittingly threaten to do just that?

What a shocking medical experiment can teach us about Christ’s atonement
M.T. Bennett

Review: Learning how to live in the presence of God from a Cistercian monk and bishop
Robert P. Imbelli

I think St. John Paul II provides a promising and fuller way forward when he writes in “Novo Millennio Ineunte,” “Jesus’ cry on the Cross is not the cry of anguish of a man without hope, but the prayer of the Son who offers his life to the Father in love, for the salvation of all.” And John Paul II adds: “At the very moment when he identifies with our sin, ‘abandoned’ by the Father, he ‘abandons’ himself into the hands of the Father. His eyes remain fixed on the Father.”

Jesus’ vision of the Father’s love both engendered and sustained his atoning mission, even to death on a cross. “Therefore, God has highly exalted him and given him the name above every name” (Phil 2:9). Jesus, “the Amen,” is “the faithful and true witness” (Rv 3:14) not of God’s seeming absence, but of his sustaining presence. Atonement is fully accomplished, when, “bowing his head, Jesus handed over the Spirit” (Jn 19:30).

This article also appeared in print, under the headline “Beneficiaries of a Loving Sacrifice,” in the November 2022, issue.