‘How to Read (and Write) Like a Catholic’: A guide to crafting authentic, faithful fiction 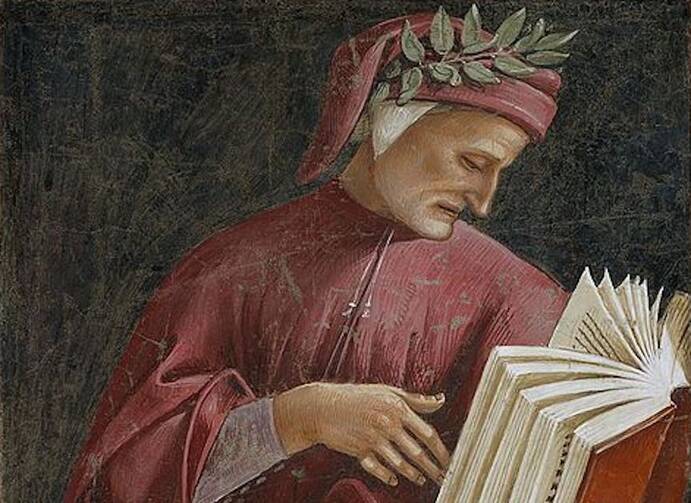 In late 2012, a New York Times op-ed column, “Has Faith Lost its Fiction?,” left more than a few people pondering the current state of Catholic arts and letters. The column, prepared by writer Paul Elie, senior fellow with the Berkley Center for Religion, Peace and World Affairs at Georgetown University, lamented the disappearance of the “novel of belief” in North America. He suggested that present-day Christian literary expression hovers as “something between a dead language and a hangover.”

How to Read (and Write) Like a Catholicby Joshua Hren

Two years after Elie’s column appeared, Catholic poet and educator Dana Gioia of the University of Southern California, in his essay “The Catholic Writer Today,” suggested that American Christians—especially Catholics—have disengaged from the aesthetic culture and, in turn, “ceded the arts to secular society.”

In response to what might be considered a literary call to action comes How to Read (and Write) Like a Catholic by Joshua Hren. No stranger to Catholic arts and publishing, Hren recently co-founded a Master of Fine Arts program in Catholic creative writing and poetry at the University of St. Thomas in Houston, Tex. Previously he was a professor of English at Belmont Abbey College in Belmont, N.C. Hren founded the Catholic publishing house Wiseblood Books in 2013.

In How to Read (and Write) Like a Catholic, Joshua Hren cites masters such as Dante and Cardinal John Henry Newman to make a case for what constitutes authentic Catholic literature.

Hren chose Wiseblood as the name of his publishing house as an homage to Flannery O’Connor, a key inspiration for himself and a host of other North American Catholic writers. Next to Dante Alighieri, she is the author most often cited in Hren’s study. “It is left to Flannery O’Connor to defend as at least one of fiction’s aims the rendering of grace upon nature,” Hren writes in tribute.

Despite what might seem a presumptuous title, Hren aims at a middle ground in his argument. He relies heavily on the craftsmanship of masters such as Dante and Cardinal John Henry Newman to make a case for what constitutes authentic Catholic literature. Citing Newman’s maxim that “you cannot have a sinless literature of sinful man,” Hren argues that good Catholic literature “cracks the glass ceilings of secularism and invites us into an expansive world alight with the transcendent.”

Hren also cites a number of popular and less well-known writers whose Catholic sensibility informs their creative output. Even Catholic writers who had strayed from the faith in their personal lives, like Ernest Hemingway, F. Scott Fitzgerald and Jack Kerouac, on occasion reveal “a sacramentality shimmering through their stories,” he writes.

Catholic fiction should not fall prey to hopelessness and cynicism, even as it acknowledges the grim realities of sin and evil in the natural world.

Readers with more exposure to Catholic moral theology and the classics of Western literature are the most likely to benefit from Hren’s scholarship, but there are insights even for the casual reader interested in identifying how a writer’s work has been influenced by a Catholic sensibility.

Hren is at his most effective when demonstrating how the best Catholic fiction acknowledges sin and evil in creation but does not surrender to a sense of hopelessness and cynicism. “It is all too easy for such writing to collapse into pious sentimentality and disputatious moralism,” Hren says. “But a Catholic literary culture that works in continuity with its rich heritage will give us a contemporary literature that both gazes unflinchingly at the messiness of our present moment and artfully works out its characters’ salvation or damnation.” Catholic fiction should not fall prey to hopelessness and cynicism, even as it acknowledges the grim realities of sin and evil in the natural world. A Catholic writer, Hren says, must avoid “shirking the contours of these cruelties,” as fiction is at its best a record of humanity in rebellion. In turn, a large part of his work consists of drawing out the spiritual depths of humanity’s refusal to serve.

Is Hren setting himself up as the arbiter of orthodoxy when it comes to Catholic fiction? Clearly the author is writing from the perspective of a true believer. But his aim is not to defend the church and its magisterium; rather, it is to become an apologist for a proper understanding of the church’s embrace of art and literature for the purpose of pointing us toward transcendental things. As he notes, “The works of contemporary Catholic writers are always best wrestled out, written, and criticized within the broader Catholic literary tradition, just as Catholic life is best lived in communion with the long Catholic tradition of councils, encyclicals, friends who give encouragement and fraternal correction, liturgy and ‘social teachings’ that can serve as deepening alternatives to obsessions with originality (the regime of novelty) and identity politics.”

Review: Is there still such a thing as a Catholic writer?
Liam Callanan

Why Does Everyone Love Dante?
Jason M. Baxter

In one sense, Hren implies that Catholic fiction writers should be subject to more lofty aesthetics than their secular counterparts. “When [writers] forget their traditions, Catholics, like any other creatures, become intoxicated on the fumes of the present moment—trapped in the ‘relevance’ fallacy and exposed to the experiments of historicist novelties.”

Time will tell if Hren’s new book marks a starting point in any effort to inspire a new generation of Catholic writers to aim higher in their work. Much depends on the individual writer’s appreciation of the mystical, the transcendent and “unseen” sources of creative inspiration.

Hren’s first full-length novel, Infinite Regress, is scheduled for release in early 2022. It will be interesting to see how Hren’s blueprint for crafting authentic Catholic fiction colors that creative project.

This article also appeared in print, under the headline “A World Alight with the Transcendent,” in the Spring Literary Review 2022, issue.