A peace activist with a monastic temperament: Remembering Jim Forest 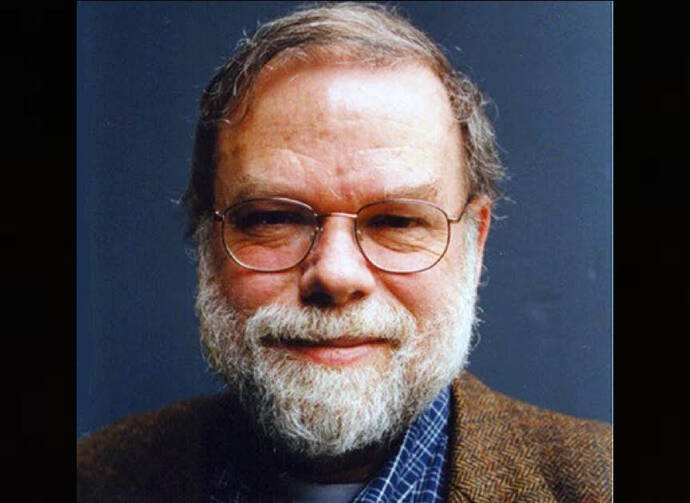 The death of Thich Nhat Hanh on Friday came less than two weeks after the death of his friend and fellow stalwart in the international peace movement, Jim Forest. Both men played significant roles in the movement during and after the Vietnam War, Nhat Hanh as a Buddhist monk and Forest through numerous antiwar initiatives. A cofounder of the Catholic Peace Fellowship, Forest also worked with the International Fellowship of Reconciliation, eventually becoming the Secretary General of the group, a job that took him to the Netherlands, where he died in the town of Alkmaar on Jan. 13.

Among his many published works were biographies of Dorothy Day, Thomas Merton and Daniel Berrigan, all three of whom he knew well; other books included a memoir of his time traveling with Thich Nhat Hanh, a guide to praying with icons, reflections on peacemaking and much more. Near the end of his life, Forest brought his biographer’s pen to the subject of his own intriguing and eventful life, and in 2020 published a memoir, Writing Straight with Crooked Lines.

Robert Ellsberg on Jim Forest: "Jim’s own life incorporated the lessons of his great mentors, and through his writing he offered an essential guidebook for future generations."

In a review of the book for America, Ryan Di Corpo wrote that “it is Forest’s own fascinating life, bolstered by his association with a colorful cast of radical characters, that makes this autobiography an engrossing read. It functions as both a personal history and a snapshot of a tumultuous era in American society—the 1960s—when Forest solidified his opposition to unjust war and his faith in active nonviolence.”

Born to atheist parents who were active members of the Communist Party in New York City in 1941, Forest was baptized an Episcopalian at 10; he later became Catholic, then was received into the Russian Orthodox Church along with his wife Nancy in 1988. He enlisted in the Navy while still a teenager, but the disastrous Bay of Pigs invasion in 1961 rattled his conscience, and Forest sought to be discharged as a conscientious objector. Soon after, Dorothy Day asked him to become the managing editor of The Catholic Worker newspaper.

Through Day, Forest became acquainted with Daniel Berrigan and Thomas Merton, with whom he began corresponding in 1962. Merton’s famed “Letter to a Young Activist” is part of a correspondence with Forest. In November 1964, Forest co-founded the Catholic Peace Fellowship “to organize Catholic opposition to the Vietnam War...and to make known the fact that conscientious objection to war was an option not only for those in pacifist churches such as Quakers and Mennonites but for Catholics as well.” Merton joined the group’s board of sponsors. In 1968, Forest was arrested for breaking into government offices and burning draft cards as part of the “Milwaukee Fourteen,” and served a year in prison.

“I’m not by nature an activist,” Jim Forest once wrote. “Perhaps there is something of Thomas Merton’s monastic temperament in me.”

At one point in the book, Forest recounts a humorous moment when someone warned the folk singer and peace activist Joan Baez that Forest might be a C.I.A. agant. “Jim Forest is much too nice—and much too disorganized—to work for the C.I.A.,” Baez responded.

Despite Forest’s lifelong involvement with religious peace organizations and his acts of nonviolent resistance, Di Corpo noted that Forest did not consider himself a peace activist. “The problem is that I’m not by nature an activist,” Forest wrote. “Perhaps there is something of Thomas Merton’s monastic temperament in me.” Forest also avoided religious labels, describing himself not as a Christian, but rather as one “attempting to become a Christian.”

That emphasis on “becoming,” Di Corpo wrote, is a useful hermeneutical key to the book, “which portrays a man moving ever toward something, becoming someone new through interactions with his friends, his mentors and his faith.”

Forest wrote for America this past May, reflecting on his friendship with Daniel Berrigan as part of a series of recollections America published on the five-year anniversary of Berrigan’s death. His 2017 biography of Berrigan, At Play in the Lions’ Den, was reviewed for America by Diane Scharper, who noted how invaluable Forest’s personal relationship with Berrigan was to the success of the biography, including hundreds of photos and passages taken from Berrigan’s articles, poems, essays, plays and letters, many of them personal and revelatory of the man behind the public image.

“Some critics have suggested that Berrigan threw away a prestigious career as a Catholic writer whose work was on a par with Flannery O’Connor and Thomas Merton to write against war,” Scharper wrote. “But in this insightful and inspiring biography, Forest suggests that Daniel Berrigan lived his poems, that his metaphors became stepping stones (and rocks) on the difficult path he chose.”

The bulk of Forest’s writings were published by Orbis Books, whose publisher and editor in chief, Robert Ellsberg, shared a 50-year friendship with Forest. (Full disclosure: I worked from 2012 to 2017 as an editor at Orbis). Ellsberg had this to say about his longtime friend:

For Jim, peacemaking was not essentially a political stance of being ‘anti-war’—but a deep spiritual calling, rooted in the Sermon on the Mount: one rung on what he called in one of his books ‘The Ladder of the Beatitudes.’ It is significant that many of his most important books were biographies of people whose commitment to peace was integrated into a consistent way of life, not simply marked by demonstrations, slogans and civil disobedience, but also by planting seeds of compassion and transformation. Jim’s own life incorporated the lessons of his great mentors, and through his writing he offered an essential guidebook for future generations.