Review: What happens when the American Dream doesn’t measure up? 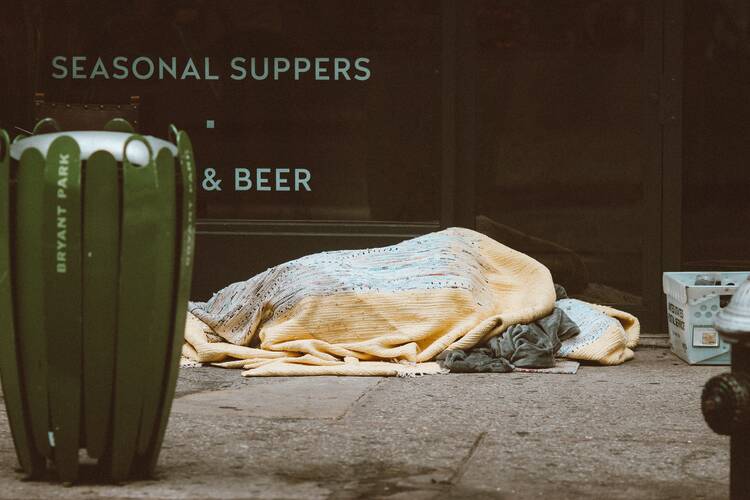 It is well-nigh impossible to grow up in the United States without absorbing, on some level, the notion of the American Dream—the myth that structures our national approach to both work and leisure. The American Dream specifies that hard work, done according to the rules, opens the pathway to happiness. But the dream’s inaccessibility to many, and the patently unjust way that it unfolds in U.S. society, is an open secret in public conversation and economic policymaking.

Radical Sufficiency, a landmark book from Christine Firer Hinze, engages the very real shortcomings of this national myth, not simply underscoring the ways that it sidelines the experiences of persons and communities who are marginalized by social structures, practices and institutions; she also proposes what churches and policy-makers might do about it. In the process, Hinze convincingly describes the contours of a “twenty-first century economic ethic that situates the pursuit of livelihood within a larger vision of sustainable ‘radical sufficiency’ for each person, and for all.”

To build her argument, Hinze offers a sustained examination of the thinking and advocacy of Msgr. John A. Ryan (1869-1945). A priest, economist and social activist, Ryan drew deeply upon Catholic social teaching to address the turn-of-the-century struggles faced by working class families, especially Catholic families. During the rise of the modern marketplace economy, Ryan plumbed the traditions of Catholicism to offer a serious account of material measures of what it means to live a “good life.” Ultimately a strong proponent of a decent livelihood for all families, Ryan articulated an agenda for reform that reflected the themes of Pope Leo XIII’s encyclical “Rerum Novarum” and promoted a living wage, security against the vicissitudes of life and status for all in the work environment. He believed that his agenda was “sufficiently radical” to achieve the changes necessary for the U.S. economic system to meet these goals.

But Hinze pushes Ryan’s approach further. She advances the tradition by engaging in deep structural analysis, taking seriously the intersecting ways that power is operative in labor justice and the achievement of material well-being. In her hands, both sin and solidarity take on lively and robust depths of meaning; and she is relentlessly devoted to promoting the flourishing of all, but particularly those who are poor or vulnerable in the 21st-century United States. Hinze names her vision “radical sufficiency”—a conception of economic sufficiency, security and status that is practically transformative and inclusive of all persons. It is also attentive to “critical, evidence-based disciplines and analysis to understand material, ideological, and structural obstacles to inclusive livelihood, especially in asymmetries of power and in intersecting, difference-based inequities and oppression.”

Hinze examines economic justice through the lenses of gender, race and class. In each case, she skillfully elaborates the historical silhouettes of oppression on personal, familial and institutional levels that form the necessary backdrop to an honest and adequate account of worker justice. Her analysis of gender examines the public (remunerated) and private (unremunerated) labor split, highlighting ways that gender ideology has harmfully influenced full access to the waged economy. The division has too often been baptized by Catholic teachings that romanticize the “feminine genius” of caregiving, a theological construct that functions to disempower women economically.

Hinze examines economic justice through the lenses of gender, race and class.

Further, Hinze notes how radically our Western, capitalist system itself builds such gendered assumptions into hiring and other labor practices. She points out, for instance: “Masculinized Homo economicus, the unencumbered ideal worker, is a mythic creature; his performance on the public economic stages depends continually on the non-mythic material toil and care work of a cadre of supporters in the familial household and beyond.”

Yet she does not denigrate the work of caregiving; rather, she deftly manages to highlight its status as an “exercise of solidarity with and for the vulnerable” while also underlining the ways that a just economy depends upon fair remuneration for such work—and the need for all persons, not primarily women, to engage in it.

Hinze undertakes a similarly robust analysis of race, skillfully tracing the history of racist ideologies and white supremacy as these have become embedded into U.S. social structures and patterns. She calls for a reflective solidarity that interrogates the ways that economic dialogue functions to ignore or exclude particular, racialized groups, and promotes forging larger narratives that unite rather than divide. In her consideration of class, Hinze likewise demonstrates how relative socioeconomic position both grows out of and contributes to the deepening divisions of U.S. wealth and power.

Hinze emphasized the importance of caregiving as an “exercise of solidarity with and for the vulnerable.”

Too often, says Hinze, U.S. Catholics have participated in, rather than resisted these various sorts of dividing lines. They may have fared better, however, in the realm of mass consumerism, where Hinze highlights the ways in which at least some Catholic thinkers, especially since the papacy of Francis began, have begun to promote genuine sufficiency for all rather than unchecked corporatism and consumer growth. Here again, she focuses on the overlapping concerns of race and gender with dysfunctional patterns of consumption—also adding ecological degradation and the need for a healthy, democratic civil life into the mix.

In her final chapter, Hinze outlines the fundamental shifts necessary—the virtues, priorities, policies and practices—to light up the path toward a genuinely inclusive livelihood economy. She puts forth various concrete proposals—including but not limited to living wages, strengthened social programs, a guaranteed or universal basic income combined with floors to market wage deflation and a version of social entrepreneurship that prioritizes the common good.

Throughout this analysis, Hinze brings both a Catholic awareness of (and commitment to) sacramentality and a relentless scrutiny along the lines of gender, race and class. The result is a book that is both hopeful and searing, an account of our daily work and civic relationships that illuminates their connection to the divine while also spotlighting the ways that the American Dream can seem more like a nightmare to those for whom it is structurally inaccessible. It is a book that will appeal to both academics and lay thinkers. Local parishes seeking to deepen their understanding of and commitment to worker justice, the common good and family well-being will find rich fare here. And individual readers of various stripes who seek guideposts to more fully elaborate the commitments of Catholic social teaching will also find much here to work with.

It is also worth noting that Radical Sufficiency is not a book for Catholics only. Hinze’s analysis serves also as an invitation to ecumenical dialogue. Together, Christians must ponder, both imaginatively and concretely, what it is that justice and a healthy and inclusive livelihood demand of us, in the context of a world deeply threatened by injustices both local and global, or in the face of looming environmental catastrophe. 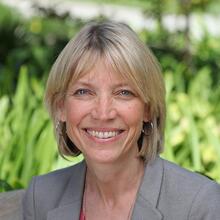 Karen Peterson-Iyer is a professor in the Religious Studies department at Santa Clara University.

@kpiyer
Show Comments ()
Join the conversation: Login or create an account
Before you can comment, you need to update your profile to include your first and last name, as required in our comments policy. Then reload this page and you'll be set up for commenting. Update your profile