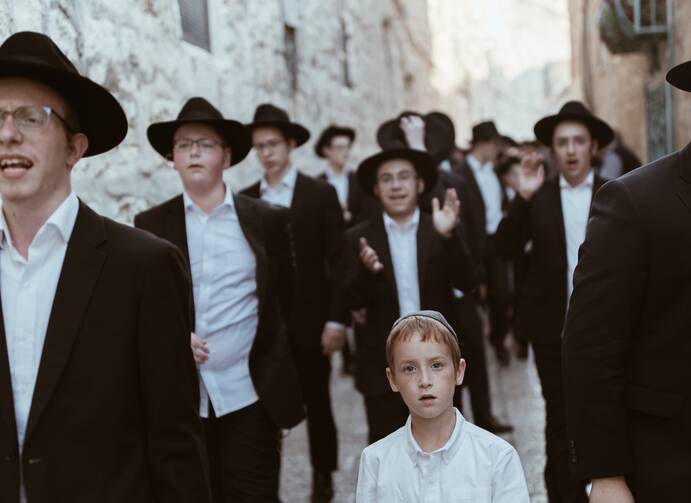 For Catholics, “Nostra Aetate,” the “Declaration on the Relation of the Church to Non-Christian Religions” of the Second Vatican Council, opened an entirely new era in Catholic-Jewish relations. Many Orthodox Jews, however, regarded it warily as a temptation to apostatize. Their skepticism grew out of a newspaper leak.

In 1963, two years before the appearance of “Nostra Aetate,” The New York Times reported on a very early draft of the declaration, then titled “On the Jews,” and indicated a continuing hope among Catholics for Jewish conversion to Christianity. A prominent Jewish rabbi and philosopher, Joseph Soloveitchik, then warned his fellow Jews against engaging in interfaith dialogue. He argued that genuinely religious explorations might be had only among the adherents of a given religious tradition, but not with outsiders.

A shared commitment to life and family has frequently been the basis for collaboration between the U.S. Conference of Catholic Bishops and Orthodox Jews in the public square.

For decades, Soloveitchik’s watchfulness became the rule for Orthodox Jews in encounters with Catholics.

At the time of the 50th anniversary of “Nostra Aetate,” however, Orthodox rabbis in Israel, Europe and the United States undertook a reassessment of their encounters with the Catholic Church that led to a reconsideration of Soloveitchik’s caveat. They entitled their statement “To Do the Will of Our Father in Heaven” and offered a theological affirmation of the religious value of Christianity. Earlier this year, Jewish and Christian scholars reflected on that statement in From Confrontation to Covenantal Partnership.

The spiritual kinship between Jews and Catholics, the rabbis observe, consists in a set of faith convictions and biblical narratives not shared by other religious gentiles, like Buddhists or Sikhs. This common heritage includes Jewish scriptures, the doctrine of creation, the exodus from Egypt, the revelation at Mount Sinai and the commandments given to Moses. Eugene Korn points out that in both traditions, ethics “are founded on the Bible’s insistence that human beings are created in the Image of God.” Finally, the rabbis affirm that Jews and Christians also share “the values of life, family, compassionate righteousness, justice, inalienable freedom, universal love and ultimate world peace.” That shared commitment to life and family has frequently been the basis for collaboration between the U.S. Conference of Catholic Bishops and Orthodox Jews in the public square.

None of this is surprising. What is remarkable, however, is the rabbis’ affirmation that on their reading, the emergence and spread of Christianity is integral to a providential design for the revelation of the one God to all humanity: “We acknowledge that the emergence of Christianity in human history is neither an accident nor an error, but the willed divine outcome and [a] gift to the nations.” In their view, Jews share with Catholics in God’s promise to Abraham that his descendants will be “a blessing for all the families of the earth.”