Review: The voices of the marginalized tell us the most about privilege 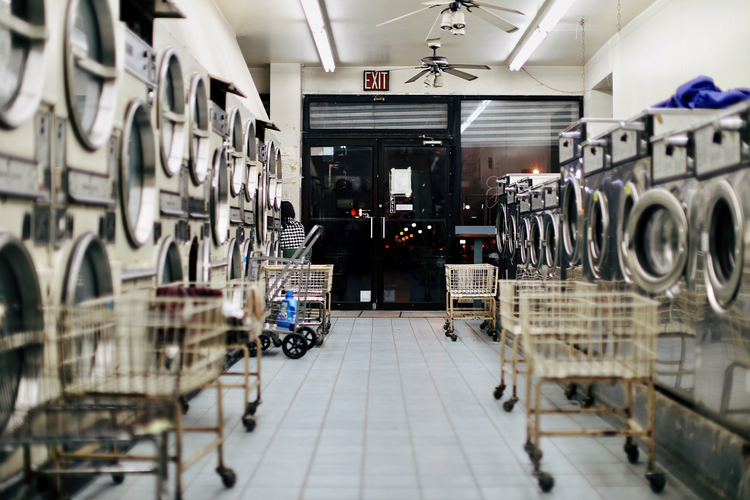 Among the subjects covered in her new collection of essays, Eula Biss ruminates on her life’s division into two periods—the time before and after owning a washing machine. (Bianca Jordan/ Unsplash)

“Nobody understands privilege as well as those who don’t have it.” Eula Biss makes this astute observation in Having and Being Had, her new collection of pithy essays examining capitalism, consumption and their (im)moral undercurrents. There is a certain irony to this admission, though, given Biss’s position—she’s a well-educated, affluent white woman who writes in the wake of purchasing a $500,000 home. Having and Being Had is filled with thoughtful reflections on the exploitation of human labor endemic to our globalized economy, and how nobody is immune. But Biss can sometimes come across as self-indulgent and disconnected from the worst characteristics of the system she is criticizing.

Having and Being Hadby Eula Biss

Biss begins with a quote from the late anthropologist David Graeber: “If we really want to understand the moral grounds of economic life and, by extension, human life, it seems to me that we must start instead with the very small things.” She uses the very small things—linguistic choices in an IKEA catalogue, syrup bottles, paint colors—to examine her own compliance with a system she suspects to be fundamentally unjust. (Biss has experienced her own share of class mobility. “Being had,” as half the title suggests, refers to the author’s reflections on the uncertainty of wage labor.) In sparse, simple prose, Biss tells of her misgivings when purchasing items to furnish her house, and tries to figure out what capitalism is while waiting for her son’s skating lesson. She delves into the roots of the game Monopoly, intended by its creator, Elizabeth Magie, as a way for children to see the injustice of our economic system.

That house she bought is in a neighborhood that was once filled with poor Black people, and Biss writes about the discriminatory forces that led to their displacement. Then she documents her neighbors’ suspicion upon her own arrival.

Biss uses the very small things—linguistic choices in an IKEA catalogue, syrup bottles, paint colors—to examine her own compliance with a system she suspects is fundamentally unjust.

Biss is aware of her privilege but can be tone-deaf. Lines like: “What does it say about capitalism...that we have money and want to spend it but we can’t find anything worth buying?” and “I think I need more precarity” are interspersed with genuinely impressive distillations of Marxist concepts. When she meets with a financial adviser helping her invest her retirement money, she observes the broader implications with chilling clarity. “Investment isn’t any more of a sin, I think, than gambling. But when shareholders profit at the expense of the workers who produce those profits, it’s a means of extraction. An economy of extraction is what we’re retiring on, those of us who get to retire.”

Biss writes about feeling ashamed at the amount her house costs and admits that she likes owning things. But we are all consumers at the end of the day, a fate made inescapable by capitalism. What we are individually responsible for is the way we treat others. I found Biss’s examinations of domestic work and paid help were off-putting, to state it mildly. She recounts hiring domestic help after having a baby to make time for her writing, and admits that when “Mother’s helper” turned a load of laundry pink, “I was not kind.”

While waiting for a washing machine at the laundromat to finish its spin cycle, Biss ruminates on her life’s division into two periods—the time before and after owning a washing machine. “Not having money is time-consuming,” she writes. “There are hours spent at laundromats, hours at bus stops, hours at free clinics, hours at thrift stores, hours on the phone with the bank or the credit card company or the phone company over some fee, some little charge, some mistake.” Of course, anyone strapped for cash would already be intimately familiar with these experiences.

This exemplifies the main discomfort I experienced while reading Having and Being Had. At times it seemed unclear just who the book was written for. Who, after all, should write about capitalism and privilege? Perhaps those who best know its most insidious tendencies.

By the time we reach the last essay in the collection, we see Biss has faced an intellectual reckoning. She has acquired a new vocabulary with which to name capitalist injustices, supported by the observations of a host of critical theorists, that she can apply to conversations with her friends and academic colleagues. But Biss’s ruminations culminate less in bringing us to an awareness of our political duty to our neighbors than to a suspicion that we should all live uncomfortably. The status quo is bad, but maybe that’s just the way things are. This makes Having and Being Had read like a primer on racial and economic privilege for those who currently have some degree of both.

Maybe there’s an important place for that. After all, Marx wrote that the spiritual destruction wrought by capitalism affects even people who are seemingly the system’s biggest beneficiaries. But readers who are already acquainted with social injustice might be better off seeking greater depth elsewhere—perhaps by listening to the voices of marginalized people, who, as Biss herself suggests, understand privilege best.

This article also appeared in print, under the headline “Understanding privilege,” in the April 2021, issue. 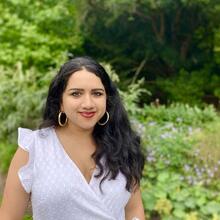 Nicole-Ann is a writer and critic based in London.

@nicoleannlobo
Provide feedback on this article
Join the conversation: Login or create an account
Before you can comment, you need to update your profile to include your first and last name, as required in our comments policy. Then reload this page and you'll be set up for commenting. Update your profile