Review: We are all responsible for the future of our planet 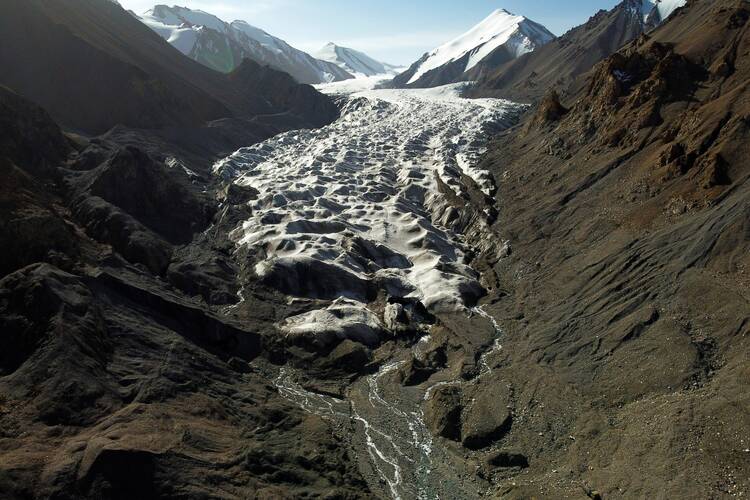 Eric Holthaus experiences climate change as a wound, a rending in the fabric of society and ecology. For Holthaus, addressing climate change is a moral imperative because of its ecological and social implications. He is not alone in this, of course; for nearly five years, Holthaus’s Twitter profile prominently featured a quote from Pope Francis’ “Laudato Si’.”

While culture-war figures point to the “naturalness” of epochal cycles of warming and cooling (indeed, climate fluctuates!), what ecologists and ethicists and meteorologists and activists mean by “climate change” is the human-driven intensification of climate change. The robust amplification of baseline climate cycles has had unprecedented dramatic effects in a short time frame, such that variation in (literal) degrees becomes a difference in (moral) kind. What to do?

The Future Earth is Holthaus’s attempt to answer that question. With diagnoses evocative of Bill McKibben’s earlier book, Eaarth: Making a Life on a Tough New Planet, Holthaus begins with descriptions of the ecological and social deluges of degradations wrought by climate change. He continues by imagining the “future earth”—and human societies’ values—in the next several decades. This includes, of course, hoped-for policy changes. Beyond the pragmatics, Holthaus’s invocations are ethical. “We” are responsible for writing the story that is unfolding into the future, and what is needed is reformation in human connection: “Somehow, some way, we have to learn how to care about one another again.”

Eric Holthaus’s invocations are ethical. We are responsible for writing the story that is unfolding into the future, and what is needed is reformation in human connection.

Indeed, the personal narrative and appeal—and his willingness to name explicitly the struggle to make sense of the climate crisis in his own life—is part of why many people are drawn to Holthaus’s work. Perhaps the most lasting insight here is therefore Holthaus’s suggestion that the individual actions that matter most are “the ones that help make you personally more connected to the world and everyone in it.”

As an ethicist, I wanted more from this book, starting with a citational lineage in the pages (for example, the trope of imagined future climate-changed worlds goes back a long way, from Octavia Butler to Naomi Oreskes). And like many journalists, Holthaus personalizes scientific data via a personal-interest story; more extensive follow-ups might avoid a sense of climate disaster voyeurism.

Nonetheless, Holthaus is right: The future Earth will be shaped by those with the power either to fall asleep at the wheel or to consciously steer a different course. As Pope Francis might say, this task includes everyone.

This article also appeared in print, under the headline “The rendering of the planet ,” in the February 2021, issue.

@christyzen
Provide feedback on this article
Join the conversation: Login or create an account
Before you can comment, you need to update your profile to include your first and last name, as required in our comments policy. Then reload this page and you'll be set up for commenting. Update your profile