Review: The life and works of author Robert Stone 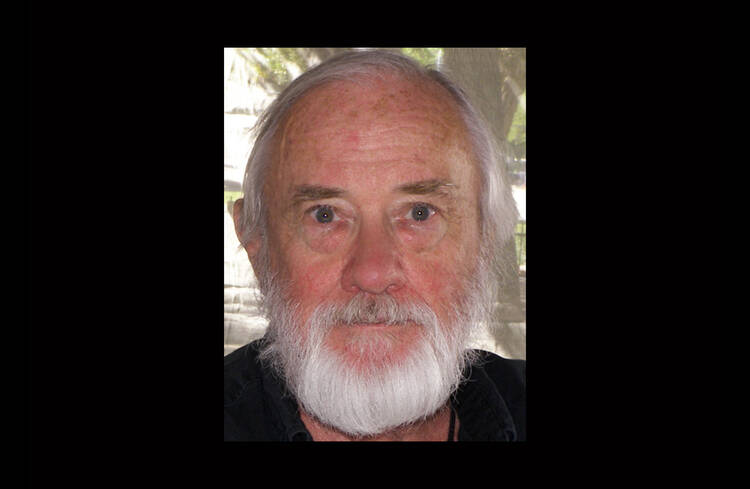 “Nothing is free” was Robert Stone’s motto in life and work, according to Madison Smartt Bell in Child of Light, his new biography of one of America’s best but perhaps least-known writers. Stone’s motto reflects his and his characters’ personal experience of alcoholism and drug addiction. Having read all of Stone’s books to prepare for this review, I have to admit that I sometimes had the feeling one gets reading Hemingway’s Across the River and Into the Trees, when you lose count of how many bottles of wine the hero has drunk in the course of the day but don’t really care.

The comparison of Stone with Hemingway is not totally out of place. They both wrote about men of action (Stone wrote also, and very well, about women) doing actual things in the real world with real consequences. But Stone was thematically a much deeper writer—deep in the sense of Herman Melville, who said, “I like men who dive.” Robert Stone dove deep in all his literary thrillers.

After reading Bell’s masterly biography, one tends to think Stone was compelled to be a deep diver from childhood (both literally and literarily). Born in 1937, he was raised by his mother, a functioning schizophrenic and a New York City public school teacher. Stone never knew his father, C. Homer Stone, whom Bell calls “a cipher.” His mother told him conflicting stories about his father, but she took care of her son well enough and sent him to a Catholic school in Queens, N.Y., run by the Marists. Stone’s memories of St. Ann’s, which later became Archbishop Molloy High School, are riven by terror, with an undercurrent of strained gratitude.

The terror was for the beatings he received—including razor strop lashes across the palms. Later he would say in an interview: “The Marists were savage, but in those days I don’t know where they stood in terms of savagery—you were always hearing about some order of Irish troglodytes down the road who were actually permitted to use flails.” The gratitude was for their teaching him, to a certain extent, how to write, and for giving him a “realistic” view of the world. In his contribution to a collection of essays titled Once a Catholic, he wrote: “It’s very hard to escape that take on the world. And when you come right down to it, the world is like that, after all.” Not exactly a stellar recommendation for Catholicism, but Stone’s view of the world was pretty grim. His St. Ann’s days are portrayed vividly in his story “Absence of Mercy.”

After reading Madison Smartt Bell's masterly biography, one tends to think Robert Stone was compelled to be a deep diver from childhood (both literally and literarily).

Stone, a top student in spite of his rebelliousness—he stopped going to Mass during adolescence—never finished high school. He joined the Navy, earned his G.E.D., and was able to attend New York University, where he studied under the legendary writer-teacher M. L. “Mack” Rosenthal and met his soon-to-be-wife, Janice. Rosenthal recommended that Stone apply for the Stegner Fellowship at Stanford.

At Stanford, Stone became part of a social group that included Ken Kesey, of One Flew Over the Cuckoo’s Nest and “The Merry Pranksters” fame, and he experimented with LSD. He and Janice were very good friends with Kesey and his wife, Faye; and the couples continued to see one another until Kesey’s death. But Stone, even at the height of his involvement, was still something of an outsider. Applying W. B. Yeats’s dictum that “the intellect of man is forced to choose perfection of the life, or of the work,” I think Kesey chose life and Stone chose art.

Janice, who was described by a friend as “the patron saint of writers’ wives,” shopped a portion of Stone’s first novel, A Hall of Mirrors (1966), to Candida Donadio, who liked what she saw, and Stone’s literary career was launched. He and Janice had two children, Deirdre and Ian, and lived in London for four years, from which Stone flew to Vietnam for two months. The experience would help him finish his second novel, Dog Soldiers (1974), which co-won the National Book Award in 1975. Stone took a long time to write his novels, usually five to seven years, because, he said, he was a “slothful perfectionist.” He was always working, but it was hard for him to commit to a long-term project. And he was always teaching and traveling (he was a very restless man) and churning out journalistic pieces and the occasional short story, one of which, “Bear and His Daughter,” Ann Beattie considers a classic.

Madison Smartt Bell is honest about Robert Stone’s alcoholism, his addictions to painkillers, his acerbic wit and speechifying cruelty.

But it was in his novels that he wrote best. A Hall of Mirrors is set in New Orleans and involves right-wing politics, civil rights and a tragic love story. Dog Soldiers (1974) explores the American experience in Vietnam; A Flag for Sunrise (1981) does the same for Central America and is one of the most harrowing novels I have ever read. Children of Light (1985), a Hollywood novel, includes one of Stone’s mordant, well-lubricated dinner scenes during which all hell breaks loose. (Stone has a wicked sense of humor that made me laugh out loud more than once.) Outerbridge Reach (1992) is his most Melvillean novel, while Damascus Gate (1998), set in Israel, is his most overtly religious work. His last two novels, Bay of Souls (2003) and Death of the Black-Haired Girl (2013), are well worth reading but lesser works.

Bell’s biography, as Stone’s work did, dives deep itself. Although he and Stone were friends, you never feel that he is pulling his punches. He is honest about Stone’s alcoholism, his addictions to painkillers, his acerbic wit and speechifying cruelty. He writes of the work with verve and insight, though the major focus is on the life. My only complaint is that the longish quotes from Janice and other friends often blend with Bell’s own words, making for an occasionally confusing reading experience.

That criticism aside, Bell’s is a very enjoyable biography. Just as one should read Dostoyevsky’s The Possessed to understand terrorism, one should read the works of Robert Stone to understand “America and Americans” (his self-declared theme), especially the three novels recently published together by Library of America: Dog Soldiers, A Flag for Sunrise and Outerbridge Reach.

Stone’s novels are prophetic. He felt in his bones that race and class, war and peace, and America’s oscillation between imperialism and isolationism were not going away. Bell argues that Stone’s career involves both the American dream and the search for meaning: “The tattered veil of the American dream engaged him in practically everything he wrote. In his engagement with suffering is an echo of his lapsed Catholicism.”

He did what he could with what he had, and we are both blessed and warned by it: “Nothing is free.”

This article also appeared in print, under the headline “Prophetic Writings,” in the Fall Literary Review 2020, issue.