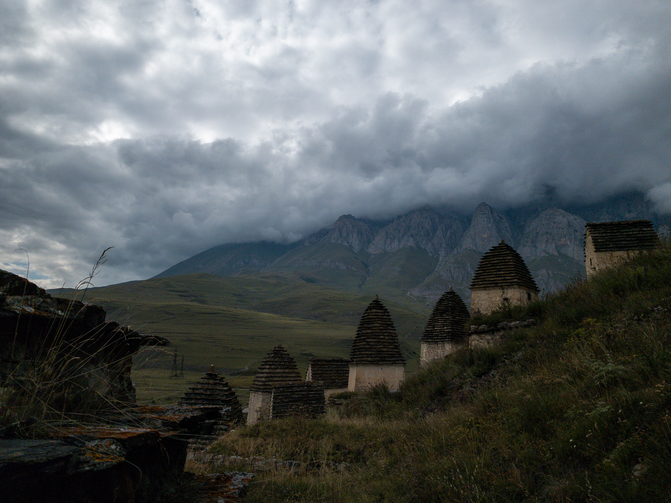 In a cruel twist of fate, Geraldine Brooks’s Year of Wonders: A Novel of the Plague had been in my stack of books crying out to be read for months. I had added it to my list of preparations for developing a course on outbreaks, epidemics and ethics. I was not in search of a new case study, but one arrived anyway in spectacular fashion, in the form of Covid-19, and now I am merely on the epidemic bandwagon.

For the first few weeks of the stay-at-home orders, I thought to myself, “Now is not the time for reading about a plague. Bring on the escapist thriller!” Yet I couldn’t bring myself to move it to the bottom of the pile. Finally, I decided that there might be no better time—and I was right. This brilliant first novel by Brooks, who would later win a Pulitzer Prize for March, gave my imagination a place to go with the fear and anxiety, and allowed me to return, empowered and hopeful, to the world in which one crisis seems to follow on another.

Published in 2002, Year of Wonders is set in a 17th-century English plague town.

Published in 2002, Year of Wonders is set in a 17th-century English plague town. Readers experience the villagers’ grief and perseverance through the eyes of Anna Frith, a young woman whose losses are almost unimaginable but who nevertheless finds strength not only to serve her neighbors, but also to lead a community through a devastating crisis.

There are obvious resonances with our current context of quarantine and social distancing, though Brooks was even more prescient than I had anticipated from the title. The surprise was the way in which the novel also tapped into the feelings of desolation aroused by scandals of authority in the church and by my longing for women’s leadership among the people of God.

The people in the village are unsure about where the plague comes from, how and why it spreads and what they might do to remedy it. Anna, a domestic servant in the local rectory, visits the sick with the local minister’s wife. Equally important, she pays attention, observing patterns of illness and keeping track of the remedies that bring some relief. These two women find themselves learning nursing care and midwifery, and they become intrepid researchers.

There are obvious resonances with our current context of quarantine and social distancing, though Brooks was even more prescient than I had anticipated.

At the direction of the minister, the town enters a self-imposed quarantine. Finally conceding that “wealth and connection are no shield against Plague,” only the rich, landowning family makes an escape, leaving their estate empty and all who had faithfully served them without food or shelter. Anna remarks, “And so, as generally happens, those who have most give least, and those with less somehow make shrift to share.”

As the death toll mounts, even the town church must be abandoned for the sake of social distancing. “Do not despair!” says the minister. “For a church is not a building, merely! We shall still have our church, but we will have it in the midst of God’s own creation. We will meet under the ceiling of Heaven.” The fields become the place of worship, and one of the consequences is that what we might now call denominational differences fall away, or at the very least are relativized in their significance.

As the death toll mounts, even the town church must be abandoned. “Do not despair!” says the minister. “For a church is not a building, merely!”

Some characters in the novel prey on people’s fear and desperation. Charlatans peddle trinkets and spells to protect against the plague that not only fail in their promise but also add to the pain, suffering and ill health. A price-gouging gravedigger becomes ever more ruthless in his theft. Those who have wealth manipulate the rules in order to take more. Those who were always living in poverty and on the brink of ruin do what they need to do to survive.

Anna must also confront betrayal at nearly every turn. Those who should have cared for her and exercised responsibility for the common good of the town instead choose to be self-serving. Some who see so clearly what the Gospel requires in the care of the sick can, at the same time, find no mercy in their hearts to relieve other forms of anguish and instead heap shame upon those in need of consolation. As is the case in our own time, vigilance with respect to “sexual sins” in the context of gross gender inequality borders on the pathological.

In the midst of all the suffering and grief, the villagers confront existential questions about the forces that might lie behind the plague.

In the midst of all the suffering and grief, the signs of heroic compassion and perseverance, and the depravity too, the villagers confront existential questions about the forces that might lie behind the plague. Twenty-first century Christians also ask whether a virus is a sign from God, and if so, a sign of what? For Anna, the questions are unanswerable:

Why, I wondered, did we, all of us, both the rector in his pulpit and simple Lottie in her croft, seek to put the Plague in unseen hands? Why should this thing be either a test of faith sent by God, or the evil working of the Devil in the world? One of these beliefs we embraced, the other we scorned as superstition. But perhaps each was false, equally. Perhaps the Plague was neither of God nor the Devil, but simply a thing in Nature, as the stone on which we stub a toe.

The current epidemic strains faith to the limit, but it also asks us to shift our gaze away from theodicies that frequently comfort the powerful and toward our moral obligations in this moment, which include supporting the best science we have available to us. Year of Wonders also prompted me to attend to God’s steadfast presence with those who suffer and ask, “How can I bring the Spirit’s breath of life to those struggling for air?”

This novel is indeed a story of wonder in the sense that the triumphs and the tragedies evoke awe. But it is also a story about wondering, about thinking imaginatively about the problem at hand. Like many women whose leadership is called upon in a crisis, Anna is both empowered and empowering. She will not go back to the old way. And neither can we go “back to normal.” The way things were before may not be possible, and not even entirely desirable. Too many inequalities and systemic vulnerabilities have been laid bare. Anna chooses something radically new. That possibility is open to us today as well.

When we gradually emerge from stay-at-home orders and social distancing requirements, this book can speak powerfully to how many of us might feel—eager and exhausted all at once. It calls us to acknowledge the toll that these events have taken and to be gentle with ourselves, our families, neighbors and coworkers:

“At day’s end, when I leave the rectory for home, I prefer to walk through the orchard on the hill rather than go by the road and risk meeting people. After all we’ve been through together, it’s just not possible to pass with a polite, “Good night t’ye.” And yet I haven’t the strength for more.” 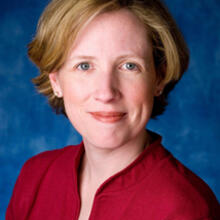 Mary Doyle Roche is an associate professor of religious studies at the College of the Holy Cross in Worcester, Mass.