Review: The intersection of ecology and theology 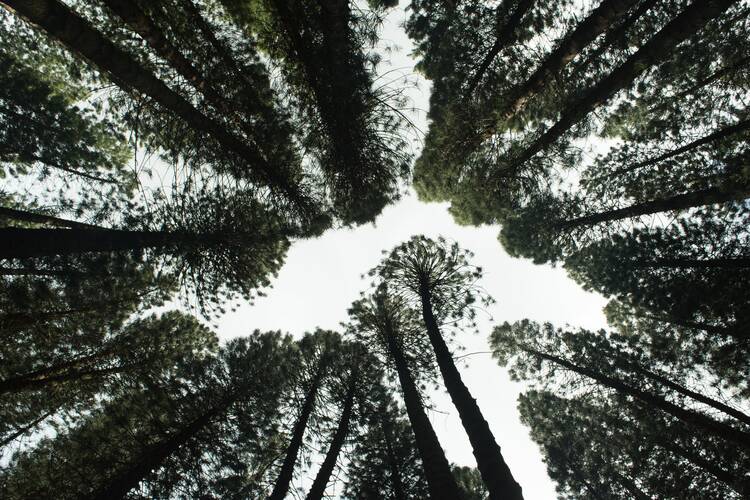 Photo by Brian Garrity on Unsplash

Meticulously crafted by a trio of co-authors whose lives and work were informed by Thomas Berry, this biography delivers on a difficult assignment: to portray the intellectual thought and vivify the life’s textures of a multifaceted thinker and teacher.

Mary Evelyn Tucker and John Grim, who co-direct the Forum on Religion and Ecology at Yale, have devoted their public scholarship to promulgating and developing Berry’s wisdom through the intersections of world religions with ecological considerations; they are also the literary executors of his estate. Andrew Angyal, a professor emeritus at Elon University, came to know Berry first through admiration of his 1988 book The Dream of the Earth and then in person, when the late Passionist priest retired to Greensboro, N.C.

Berry’s legacy for a rising generation of eco-theologians and ethicists is pervasive. Berry held that environmental crises are spiritual crises, that Earth is a communion of subjects, and that what is needed is a “New Story”—a “functional cosmology”—that reorients human beings to the evolutionary-ecological epic that has shaped our conditions of possibility, and in turn gives rise to the “Great Work” of ecological-evolutionary consciousness.

This book smoothly portrays the intersection of historical and personal events in Thomas Berry’s life as they coalesce with his intellectual development.

This book smoothly portrays the intersection of historical and personal events in Berry’s life as they coalesce with his intellectual development. Compelling narratives depict the impact of his time in China, the influence of Ted de Bary and Tu Weiming, the importance of his years at Fordham, the impact of thinkers like Teilhard de Chardin, S.J., and the ethos of the Riverdale Center, where for decades students came to learn from the beloved man nicknamed “the casual corduroy prophet.” Berry’s influence on communities of women religious is also clear.

The book is less adept at offering points of critique of Berry’s corpus, and at times it is a bit overstated (an essay on patriarchy is extolled as a “watershed piece,” without recognition that ecofeminists and theologians had been working on such ideas for some time). More engagement with critical interlocutors, like scholars who took complementary but distinct approaches to ecological matters, might also have rounded out the intellectual lineage aspect of this book.

Nonetheless, for the fullness of its depiction of his life and work, for its tracing of intellectual influences and for its reviving of the memory of a scholar whose Catholic roots expanded out to reject exclusivism and embrace “the global spiritual past,” this is a valuable study of Thomas Berry’s life and legacy.

This article also appeared in print, under the headline “A pervasive legacy,” in the October 2020, issue.

@christyzen
Show Comments ()
Join the conversation: Login or create an account
Before you can comment, you need to update your profile to include your first and last name, as required in our comments policy. Then reload this page and you'll be set up for commenting. Update your profile