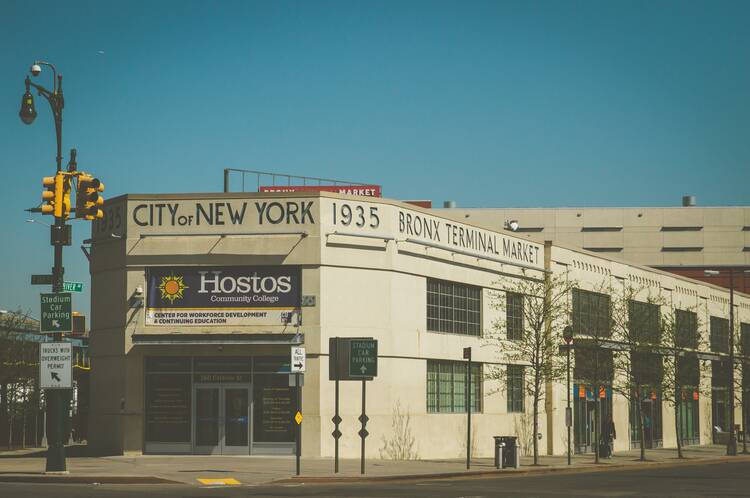 Photo by Michal Balog on Unsplash

The history of America Media is so steeped in Irish-American DNA and culture that we have been (fairly) accused over the years of an inordinate bias toward sentimental tales of Irish-Americans and their origins “on the other side.”

With that in mind, I understand if anyone is a bit suspicious toward a review of a book about a Bronx-born Irish-American tracing his family history and telling his own story of rising to great success in the United States. I can assure the reader that John D. Feerick’s That Further Shore is no maudlin or sentimental tale. While Feerick has a talent for the craic, this memoir also engages important chapters in American urban, intellectual and legal history.

Feerick’s life epitomizes the American story. The son of Irish immigrants, he was raised in a two-bedroom apartment in the Bronx shared with his parents and four siblings, attended Catholic schools from St. Angela Merici through Fordham Law and worked his way through each stage. A lawyer at the firm of Skadden, Arps for 20 years, Feerick returned to Fordham Law School in 1982 for a term as dean, a position from which he retired in 2002. Never shy of fighting for a cause, he went on to found the Feerick Center for Social Justice at Fordham Law School.

What is most striking about That Further Shore is that, for a memoir of a New York lawyer, it strikes one as a rapturous love tale.

But it is Feerick’s other involvements that will really capture the reader: Helping to formulate the 25th Amendment of the U.S. Constitution, which clarifies the line of succession for the presidency; accompanying President Clinton on his trip to Ireland in 1995; his service to the Archdiocese of New York, legal aid services, the New York City Bar Association and the American Bar Association; his efforts on post-Watergate legal ethics and public integrity programs; and his continued commitment to the poor, the homeless and the destitute.

What is most striking about That Further Shore is that, for a memoir of a New York lawyer, it strikes one as a rapturous love tale. It is a love that is more than just passion, it is a love that is cognizant of the care of and concern for other people. It is a love stemming from family, faith and tradition. Feerick’s gratitude and love for his family, for the love of his life, Emalie, and for his children and grandchildren permeates the pages. This loving gratitude extends to his professors, friends, colleagues, law partners and the men and women religious in his life.

This article also appeared in print, under the headline “A Bronx tale,” in the October 2020, issue.

Nicholas D. Sawicki is special assistant to the president and editor in chief of America Media.