Review: A meditation on dementia and loss 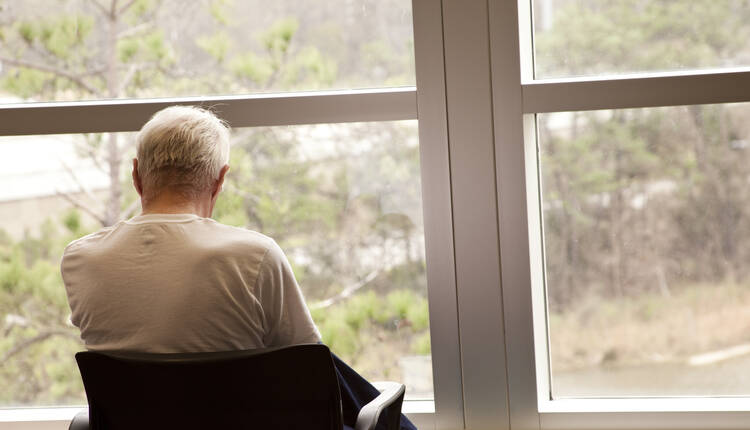 About 10 years ago, when my mother was five years into her diagnosis of early onset dementia complicated by a mood disorder, I attempted to channel my frustrations as her caregiver through song. I titled my composition after a phrase I had heard toddler-age children use: “I Can’t Know.” I couldn’t understand what or how my mother was thinking, and I was only making it harder on myself by trying to, or by at least assigning my own thought patterns to her. I needed to let go of where I wanted her to go and instead let her lead. My lyrical instincts were sound, perhaps, but I remained perplexed, impatient and unable to shake the sense that I was carrying a heavy burden. Lynn Casteel Harper’s contemplative new work of nonfiction, On Vanishing, would have been a welcome friend.

Drawing on her years as a Baptist minister and nursing home chaplain, Harper asks the reader to reconsider much of the stigma—and terminology—that we place on people diagnosed with dementia. As the book title suggests, she begins with the notion that people with dementia are disappearing, “already gone” or simply not there. It is much easier to move people into the margins, to consider them “the other” or, to quote the bioethicist Stephen Post, “exclude human beings from moral concern while they are still living.” “The vanishing at the vanishing point, however, is an illusion,” Harper reminds us. “The person with dementia exists beyond my capacity to keep her in my line of sight; she remains a person despite my (or anyone else’s) limited powers of vision.”

In the chapter titled “The Golden Hour,” Harper takes a philosophical turn, seeking to understand our culture’s relationship to dementia by exploring how we see darkness. “The metaphor I was quick to rally against,” she writes, was “everywhere.”

Alzheimer’s “turns off the lights” in the brain; it is “spreading darkness;” a “dark fog.”... The eyes of sufferers “are void of light.” To find a cure, researchers must “decode the darkness.”

What follows is a meditation, and a lamentation, on the loss of a natural rhythm of day and night and light and dark, and a proliferation of human mastery over earth. “When we disallow the day and the night, we welcome imbalance,” Harper writes. There’s a rhythm to aging, too, and when we try to lose darkness “or any earthbound equilibrium,” we succumb to what the poet Wendell Berry calls the myth of human limitlessness.

Lynn Casteel Harper: "The person with dementia exists beyond my capacity to keep her in my line of sight; she remains a person despite my (or anyone else’s) limited powers of vision.”

Berry is one of many great minds Harper calls upon in the book. Among Catholics, there is Dorothy Day, who cared for her Catholic Worker co-founder Peter Maurin and recalls how honored the community was to care for him and the dementia of his last years. There are also references to the words of St. Augustine, Henri Nouwen and Thomas Merton. Harper spends the most time, however, ruminating on the final years of Ralph Waldo Emerson.

The Sage of Concord died in 1882 of what were likely complications from Alzheimer’s disease, years before Dr. Alois Alzheimer’s first diagnosis and what Harper calls “the full-blown stigmatization of old age and memory loss in America.” Those who visited or were with him during that time, including the naturalist John Muir, the poet Walt Whitman, his wife Lidian and daughter Ellen, all recall his happy and serene demeanor. They did not see him as a burden or ruminate on what might today be considered a tragic end.

If only Emerson and his friends and family knew what we know now—that he had a terrible disease—they might not have so easily accepted his condition. “I wonder how,” Harper asks, “this is progress.”

This article also appeared in print, under the headline “Hello, darkness,” in the September 2020, issue.