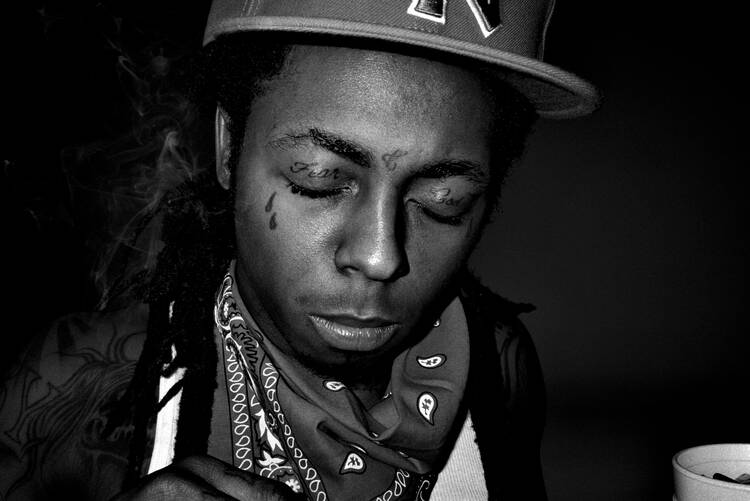 At the end of January, the rapper Lil Wayne (born Dwayne Carter Jr.), one of hip-hop’s most lauded lyricists, released his 13th studio album, “Funeral.” Lengthy and all-consuming, the album’s 24 tracks follow up on decades of genre-defining creativity and charisma. “Welcome to the funeral, closed casket as usual,” Wayne proclaims at the album’s start. The first follow-up to his highly anticipated album “Tha Carter V,” “Funeral”feels like both a beginning and an ending in the rapper’s career.

Though it earned mixed reviews, with many critics remarking on the project’s lack of cohesion despite moments of lyrical genius, “Funeral”joins Wayne’s discography as a chaotic meditation on the nature of legacy. “Wayne raps with a lightning ferocity that will often conceal his more direct revelations,” the critic Sheldon Pearce wrote in Pitchfork.

Where revelations are concerned, “Funeral”offers both the wisdom and ramblings of an industry legend. Striking a balance between the playful and the pious, the rapper reckons with the complexity of his near 40 years of life alongside the inevitability of his own death. But, as the morbid events of 2020 unfold, both the album and the artist have left many fans wanting more.

A Black man born in New Orleans, Carter’s roots lie within a region and culture well known for its extravagant death processions and commemorative traditions. Black Americans have a distinct and rich history of burial rituals, some of which struggle to endure today. Throughout our history, funerals have operated as both an opportunity to celebrate life and to protest our premature deaths.

Throughout our history, funerals have operated as both an opportunity to celebrate life and to protest our premature deaths.

In the months since the release of Lil Wayne’s “Funeral,” the rise and spread of Covid-19 has exposed millions of Americans to a deadly virus, leaving their loved ones to reimagine funerals for an age of “social distancing.” In the midst of this global pandemic, Black Americans—who are disproportionately dying from the virus—find ourselves mourning the loss of Black life on multiple fronts.

In February, while jogging in Glynn County, Ga., 25-year-old Ahmaud Arbery was shot and killed by white vigilantes. Come March, the fatal police shooting of 26-year-old Breonna Taylor, while she slept in her home in Louisville, Ky., exposed the precariousness of Black life even indoors. By the end of May, the police killings of 38-year-old Tony McDade in Tallahassee, Fla., and 46-year-old George Floyd in Minneapolis set off a spring season marked by fatalities and uprising. Protestors all over the country (and abroad) powered another wave of demonstrations against police brutality and anti-Black violence.

Despite the growth and urgency of this mass movement, Lil Wayne has been largely critical of the fight for Black lives in recent years. In a 2016 interview, the rapper was asked about the Black Lives Matter movement and notably remarked, “I don’t feel connected to a damn thing that ain’t got nothing to do with me.”

In another interview that same year, Wayne said he believed there was “no such thing as racism,” in part, because so many white people attended his shows. Thus, it should not come as a surprise that “Funeral” does not explicitly confront the culture of Black death and racist violence that permeates the American zeitgeist.

Still, despite Wayne’s continued attempts to position himself outside of current discourses of Black death and suffering, the album cannot divorce itself so swiftly from his roots. With its lengthy tracklist, abstract thematic range and jazz inflections on tracks like “Mahogany,” the work recalls at times the jazz funeral—a New Orleans death procession that features a brass band, a marching chorus of mourners and strong ties to slavery.

A tradition heavily influenced by European Catholicism, West African spiritual practices and Mardi Gras Indian carnival, jazz funerals layer a history of grief and violent cultural encounter with musical celebration. Versions of this syncretic tradition, forged by enslaved Africans whose religious practices and gatherings were heavily restricted and policed, occurred all over the Americas where slaves were imported. For many, the jazz funeral and its fusions of militancy and musicality continue to be instructive for those of us who believe that “death is not the end of life.”

The jazz funeral and its fusions of militancy and musicality continue to be instructive for those of us who believe that “death is not the end of life.”

Since his youth, Lil Wayne’s raps have often presented a man always already prepared for his own passing. In his past works, we have witnessed moments of this distinct relationship to death and memory. On one of Wayne’s most triumphant songs, “Mr. Carter,” featuring Jay Z, from his 2008 album “Tha Carter III,” we find a perfect example of the rapper’s capacity for proactive eulogizing. While the track celebrates Wayne’s inclusion within a list of hip-hop greats that includes fellow Carter, Jay Z (born Shawn Carter), it remarks on death alongside induction.

“And I swear to everything, when I leave this Earth/ It’s gonna be on both feet, never knees in the dirt,” Wayne raps. At the song’s close, Wayne warns against unceremonious grief in the wake of his death. “At the funeral parlor, dripping tears down my sleeve/ Give me any amount of time, don’t let Mrs. Carter grieve,” he murmurs. Wayne speaks of his end without fear, instead directing his concerns toward his fans and loved ones. Still, even at his own funeral, the rapper was not yet at rest.

Years later, on “Funeral,” the now 37-year-old rapper takes the position of a funeral crasher. On the titular track, Wayne creates a scene in which he enters a ceremony without invitation. “Welcome to your funeral/ Everybody knew you, bro/ Ain’t nobody shootin’, though/ Gotta die to see who you know,” he raps. On “Get Outta My Head,” Wayne raps alongside a feature from XXXTentacion, a highly controversial emo rapper who was murdered in 2018 at the age of 20. On “Funeral,” both theliving and the dead speak.

This juxtaposition of life and death in rap music is not a theme limited to Lil Wayne. In Humanism: Essays on Race, Religion and Popular Culture, the theologian Anthony B. Pinn asserts that the genre is perhaps resistant to notions of death as a distinct or coherent state distinguishable from life. From Tupac’s “Word to God,/ I’ve been ready to die/ since I was born” to Lil Uzi Vert’s “push me to the edge/ all my friends are dead,” we have seen across generations how rappers refuse to shy away from their mortality.

Naming the distinct death-speak in American hip-hop, Pinn cites what sociologist Orlando Patterson calls “social death.” Patterson’s theory—which concerns the conditions created by African chattel slavery—describes “social death” as a unique and extreme form of domination that configures its subjects outside of humanity. In Pinn’s words, “social death” in Black music derives from the position of those “always exposed to death.”

Lil Wayne pulls from this rich tradition of Black death celebration while dismissing the social conditions that forged it.

On “Funeral,” Wayne pulls from this rich tradition of death celebration while dismissing the social conditions that forged it. On the final track, “Wayne’s World,” the rapper turns in on himself, relishing in his capacity for festivity in the face of hardships unnamed. “I party hard even when times is hard/ I just go hard, ain’t no tomorrow,” he raps. In times like these, however, it would seem we have little use for icons who declare there is “no tomorrow” and act as if there is no yesterday. We know better.

As anti-Black policing competes to steal our breath before this respiratory virus snatches our lives, it is our history of collective action that sustains us. Taking to the streets, protestors in cities all over the country have reminded us all of the political history of mourning.

While most protests vow to fight for the living, the history of Black politics have rightfully asserted the importance of defending the deceased. For we know exactly what it means to live for the dead. We know well that funerals are for the living. 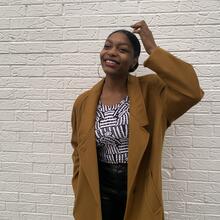 Jordan McDonald is a writer, editor and student at Dartmouth College studying history and English. Her essays and criticism have been published in Huffington Post, Artsy, Africa is a Country, The Offing, Smithsonian Voices, Teen Vogue, Bitch Media, Lady Science and more.