Breonna Taylor lived and died in a part of the U.S. where rights do not matter 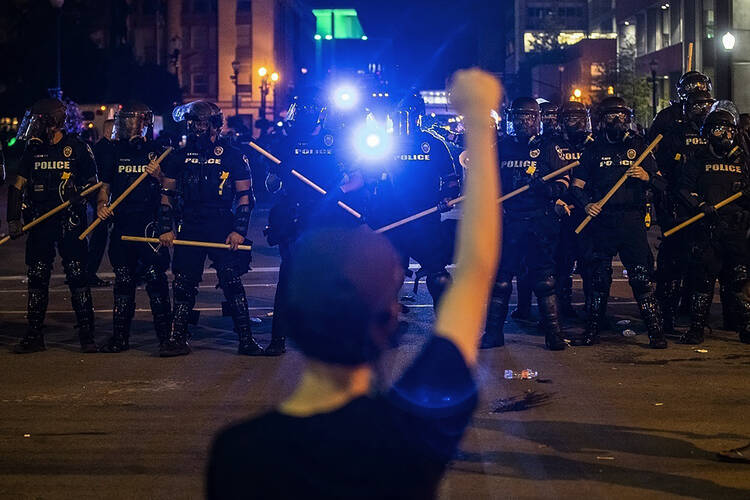 A line of police officers faces a woman participating in a protest on May 29 in Louisville, Ky., of the killing of Breonna Taylor by police in March. (Michael Clevenger/Courier Journal via AP)

Breonna Taylor was killed by police in her home in Louisville, Ky., on March 13, 2020. She lived a few miles from me in an apartment complex adjacent to the Y.M.C.A. where I coached my child’s soccer team. I frequently drove past this area. One of the first things that I noticed about the neighborhood was the lack of sidewalks within the housing division and along the only street that connects it with the outside world. To go on foot to the grocery or the nearest bus stop requires navigating the narrow footpath between St. Anthony Church Road and a drainage ditch.

The police were executing a “no knock” warrant looking for another person (who was already in custody) and drugs when they went to Ms. Taylor’s home. Breonna was a 26-year-old black woman and former E.M.T. for the city of Louisville who, as an emergency room technician, was doing the kind of work that, since the outbreak of the Covid-19 pandemic, we call heroic. When police broke down her door, Ms. Taylor and Kenneth Walker, her boyfriend, thought someone was breaking in. He fired his gun at the intruders. The police returned fire, striking Ms. Taylor multiple times and killing her. Mr. Walker called 911, desperately requesting help. He was arrested for the attempted murder of a police officer, but criminal charges against him have since been dropped by Kentucky prosecutors.

W. E. B. Du Bois found “the color line” between those who are gifted with the full rights associated with civilization and those whose lives are deemed dispensable.

The shooting has been described as a botched raid—plainclothes police, unmarked cars, wrong house, wrong person, bad tactics, no body cameras, no drugs found. The police say they knocked on the door and identified themselves, but neighbors said police failed to announce themselves. There was no body camera footage from the raid. Although the raid is now the subject of an F.B.I. investigation, police and the city initially glossed over its horrific consequences with bureaucratic neutrality. Mayor Greg Fischer’s original comments on the case began: “Let me start by emphasizing that any loss of life is a tragedy. And, I also want to recognize that police work is very difficult.” The universal affirmation “any loss of life is tragic” hides a specific implication (“except for hers”).

A saying from the colonization of the Americas—“Beyond the equator, there are no sins”—expressed a moral demarcation. It asserted that there were lands governed by justice and law, where the rights of human beings must be respected, and there were other lands where one could steal and murder within the bounds of conscience. Geographical partitions were crafted into racial partitions. W. E. B. Du Bois called this “the color line” between those who are gifted with the full rights associated with civilization and those whose lives are deemed dispensable.

Each of us carries a passport on our skin that determines what spaces we are allowed to navigate.

These partitions remain. Soon after I moved to Louisville, I was informed of the local saying “Do not venture past 8th Street,” referring to the majority-black West End. This saying designated the terra nullius, a supposedly “vacant” land in which no rights are to be respected, whether it is clean air and soil, freedom from police violence or good schools. The demarcation does not simply fall along an East Louisville/West Louisville, white/black divide. In south Louisville, apartment complexes and modest homes form a multiethnic archipelago of the working classes, immigrants and refugees. Within this territory, black and brown residents should not expect justice; outside of it, their movements are heavily policed. Each of us carries a passport on our skin that determines what spaces we are allowed to navigate.

A terrible manifestation of this truth occurred on June 1, when David “Yaya” McAtee was killed by police in Louisville’s West End at the barbeque restaurant he owned. Police were enforcing a citywide curfew imposed after protests over the Memorial Day killing of George Floyd swept the nation. Although police claim he fired a gun, security footage does not establish this and the two police officers involved in the incidents did not have activated body cameras. (Mayor Fischer fired police chief Steve Conrad on June 1, calling it an “institutional failure” that the officers did not activate body cameras.) Geography is everything. What happened at Ms. Taylor’s home and Mr. McAtee’s restaurant would be nearly unimaginable in affluent neighborhoods.

Frantz Fanon, an early 20th-century philosopher and psychologist from Martinique, referred to the “wretched of the earth,” those whose lives are perceived to be inherently close to death. This proximity to death rationalizes a lack of investment in public schools and basic infrastructure. Moral exemptions, the kind otherwise allowed only in warfare, govern society’s behavior toward their streets and homes, and toward their bodies.

Breonna Taylor’s life was perceived as proximate to death because of where she lived and because of her race. This is why, in this case, the right to physically resist an invader in one’s home was set aside by police. And that is why, after the police raid, Mr. Walker was initially charged with attempted murder. Violence done to Ms. Taylor was considered—in this twisted logic—not that significant.

Many people want to believe we live in a society in which all possess the same rights as others. But they must disabuse themselves of the belief that the violence directed at Ms. Taylor—and the (initial) bureaucratic nonresponse—is exceptional. In reality, racialized violence is a constitutive structure of our society. Once you understand that, you can discover what really happened to Breonna Taylor. 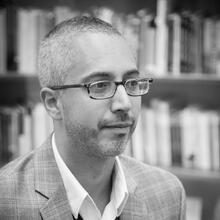 Joseph S. Flipper is an associate professor and the associate director of the Ethics and Social Justice Center at Bellarmine University in Louisville, Ky. He is the author of Between Apocalypse and Eschaton: History and Eternity in Henri de Lubac.