Review: The theology of sin 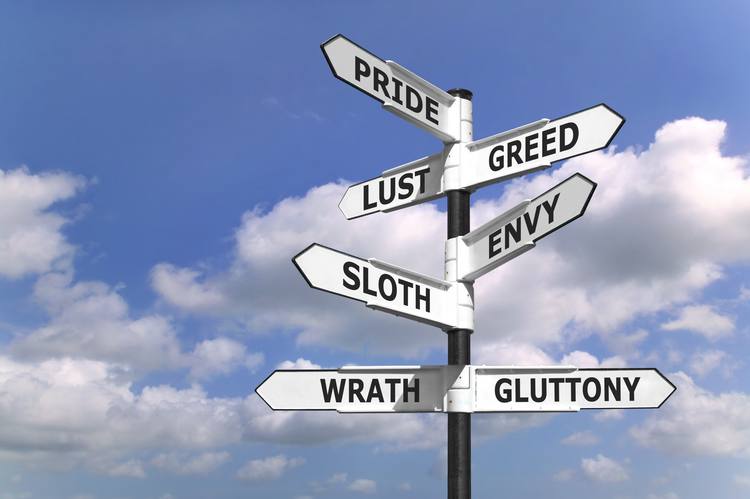 When human beings have tried to describe evil, it almost always takes a kind of self-reflective, anthropomorphic shape. Though he has horns, a tail and cloven hooves, the devil is recognizably human; the Antichrist, as constructed by tradition, will appear at the end of time as an ordinary person; and the monsters and ghouls that inhabit our artistic imagination—from succubae to vampires and even aliens—mostly share some features with ourselves.

Sin in the New Testament by Jeffrey S. Siker

The Emergence of Sin by Matthew Croasmun

It is almost as if we cannot think of evil without remembering our own propensity toward sin. But what, precisely, is sin? How does sin relate to evil personified? And how has our perception of sin changed over the past two millennia? The stakes are not small here. If, as the Gospel of Matthew says, Jesus is named because “he will save his people from their sins” (Mt 1:21), and, as the Creed professes, sin creates the need for the incarnation and salvation, its nature surely warrants some considered attention.

Two recently published books from Oxford University Press address the variegated and multifaced character of sin in the New Testament. Jeffrey Siker presents a concise and structurally important survey of this topic in Sin in the New Testament. Siker’s earlier book, Jesus, Sin and Perfection,drew out the culturally constructed transgressions attached to Jesus’ biography (his birth to an unwed mother and ignominious death by crucifixion, for example), Siker begins this latest work with a taxonomy of sin that traces the origins of ideas about sin from among Jesus’ followers to contemporary and scriptural ideas about “lawlessness” in ancient Jewish tradition to Greco-Roman philosophy. He then takes each book (or collection of books) in turn, in order to draw out the various ways in which sin is a cosmic power with which to be wrestled, a power associated with particular sets of religious crimes and in a particularly intimate relationship with ancient theories of sacrifice.

If, as the Creed professes, sin creates the need for the incarnation and salvation, its nature surely warrants some considered attention.

This relationship between transgression and sacrifice, of course, gives, as it has since Hebrews, explanatory power to the death of Jesus—a death that has been variously described as ransom (Mk 11:45), sacrificial offering to wash away sin with blood, victory over the cosmic forces of sin (Revelation, Irenaeus) and repayment of sin-induced debt (Anselm). Though Siker’s interests lie in the concrete descriptions of the New Testament, he elegantly and accessibly sketches the interpretations of early church figures, including titans like Clement of Alexandria. Nor is Siker ignorant of the cost of the interpretative traditions that surround sin. For example, he is sensitive to the ways in which traditional portraits of gluttony might moralize and condemn those suffering from eating disorders, but is equally interested in the enduring place of sin in modern Christian communities and theologies.

By contrast, Matthew Croasmun’s The Emergence of Sin: The Cosmic Tyrant in Romans takes an in-depth look at the various applications of sin language in Paul’s most significant missive, his Letter to the Romans (in particular, Chapters 5 to 8). Here Croasmun seeks to explain the relationship between sin as a cosmic power (as popularized in the early church by Irenaeus and in the language of “Christus Victor,” coined by the 20th-century Swedish theologian Gustaf Aulén), sin as a systemic problem or force and sin as practiced by or inhabitant in the individual. In addressing this question, Croasmun turns to “emergentism,” a modern psychological theory, and leans heavily on the work of Philip Clayton and Andy Clark.

Croasmun is not the first biblical theologian to note the individuated and mythological dimensions of sin; but, as he notes, the ways in which these different elements are bound together has thus far been somewhat neglected. It is here that he turns to the grounding principles of emergentism (a kind of layered view of nature) to draw together the individual with the cosmic or mythic. In particular, he harnesses the philosophical idea of supervenience—the notion that certain kinds of relationships are affected and sometimes controlled by different kinds of properties. To put this in terms of human beings, he writes: “the social supervenes on the individual” but also that “the social is irreducible to the individual.” Sin supervenes on our individual agency as sinners, but it does not exist without us.

Historically speaking, it is a simple fact that our priorities about which is the greatest sin have changed

What this means, exegetically speaking, for our understanding of s/Sin (as Croasmun puts it) as both cosmic actor and individual act(s) of transgression is that Sin can act as collective figure (like a character or agent) even if, by its very nature, it does not exist without the acts of individual sinners. Emergent theory holds s/Sin in a kind of productive tension: It is the personified force that enslaves people while simultaneously and coherently being the individual transgressions that we each commit on a regular basis. In the current moment, we might crassly but usefully say that systemic racism supervenes on individual members of society but would not exist without the tacit and explicit racism of individuals.

The theological upshot is that we are all responsible for sin as members of a social collective as well as blameworthy for our individual transgressions. This observation sheds new light on the Lord’s Prayer as well as broader attitudes toward culpability and confession.

The truth to which both of these authors speak is that any theology of sin is inevitably complex.

Croasmun’s theory certainly works as an emergent reading of Romans 5–8, but perhaps his larger success is in brokering a healthy working relationship between the vocabulary of exegesis and theology, on one hand, and nontheological theoretical approaches, on the other. Certainly he is not the first to attempt to draw together different methodological realms, but his “emergent hamartiology” has potential.

Historically speaking, it is a simple fact that our priorities about which is the greatest sin have changed. For some authors of the New Testament and many members of the early church, it was apostasy (scripturally defined as denying the Holy Spirit) that constituted the unforgivable sin. For most of Christian history from late antiquity to the Reformation it was, as Brad Gregory showed in his Unintended Reformation, avarice or greed that threatened to place souls in jeopardy.

Only in the last hundred years and in the wake of the cultural and technological sexual revolutions have abortion, contraception and sexual orientation risen to the top of the heap. The shifting sands of our own historical contexts only contribute to the problem. One wonders what the author of Hebrews, who (arguably) declared that any postbaptismal sin might be unforgivable, would think of the comparatively liberal sacrament of reconciliation and teachings about purgatory. The truth to which both of these authors speak is that any theology of sin is inevitably complex.

This article also appeared in print, under the headline “Sinful thinking,” in the July 2020, issue. 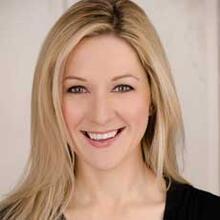 Candida Moss is the Edward Cadbury Professor of Theology at the University of Birmingham, United Kingdom, and an award-winning author of five books.She is also a frequent news commentator for CBS and CNN.

@candidamoss
Show Comments ()
Join the conversation: Login or create an account
Before you can comment, you need to update your profile to include your first and last name, as required in our comments policy. Then reload this page and you'll be set up for commenting. Update your profile