Review: Ross Douthat on our state of stagnation 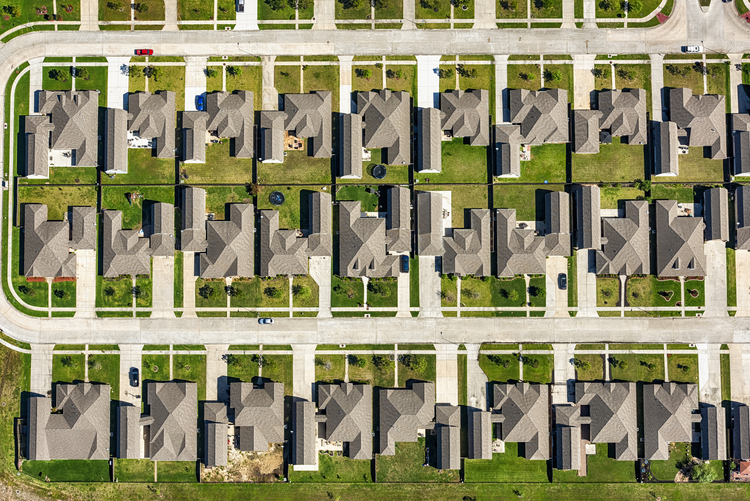 An aerial view of a portion of a newly built residential planned community in suburban Houston, Texas, showing the similarity between each home in a row (Art Wager/Istock)

July 20, 2019, marked the 50th anniversary of the moon landing, an epic pinnacle of human achievement. It is also the point at which Ross Douthat, in his new book, The Decadent Society: How We Became the Victims of Our Own Success, chooses to begin his study of the cultural, economic and political torpor that has emerged since that time.

The term decadence, Douthat writes, “deployed usefully, refers to economic stagnation, institutional decay, and cultural and intellectual exhaustion at a high level of material prosperity and technological development.” Consider our nonfunctional politics, theological deadlocks, even the increasing unbearable sameness of our cities. Something, clearly, is not working on a very large scale. Douthat attributes much of this to decadence.

Crucially, decadence, as Douthat defines it, has nothing to do with high-brow culture, haute cuisine or high fashion. Decadence is a state of being, and as Douthat contends, it is where we find ourselves in the 21st century West. The West generally—and the United States in particular—is no longer the productive force it was 50 years ago, he says. Instead, it is treading water, and becoming exhausted doing so.

Douthat first calls our attention to innovative stagnation, or a disappointing lack of life-altering inventions in the recent past. He concedes that the internet is the biggest innovation since the 1960s, but generally speaking, “everyday life was...more radically transformed by earlier technological breakthroughs.”

The book then covers the fertility crisis, or the fact that the birth rate in developed countries across the world has fallen below replacement level. Finally, Douthat devotes a significant amount of space to institutional and political sclerosis, intellectual repetition and the ways the government actively enforces our decadent lifestyles.

The West is drifting; it lacks an animating purpose.

The book concludes with a rough sketch of how decadence ends—with a bang, perhaps, but more likely through the convergence of large-scale trends that are just now manifesting themselves: African immigration to Europe, climate change, bioethical advancements and conflicts, and (perhaps) Chinese Christianization.

In the end, I considered Douthat largely correct in his diagnosis. The West is drifting; it lacks an animating purpose. But reading Douthat’s criticisms of the 21st century at the onset of the Covid-19 crisis provided a stark contrast to the very real issues that motivated him to write the book. The coronavirus-related economic shutdowns and social disruptions have had the result of removing many of us from the subject of the book: society itself and its tired repetition of business as usual.

This article also appeared in print, under the headline “A state of stagnation,” in the July 2020, issue.