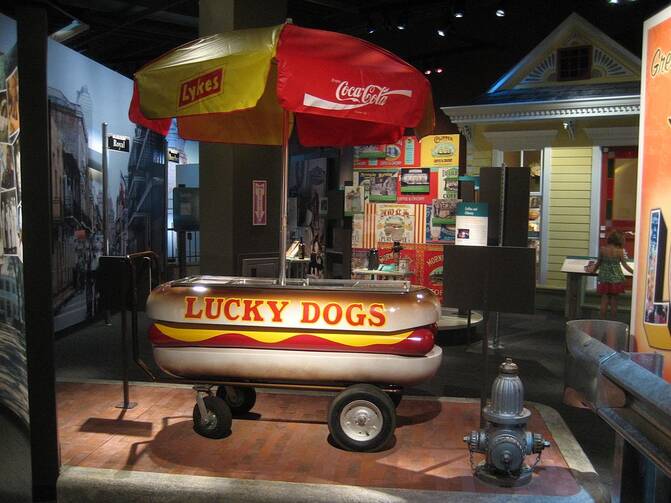 The best short story I have read in The New Yorker over the past few years is Zadie Smith’s “Now More Than Ever,” from July 2018. (Smith reads the short story here.) The piece considers things like “the current climate,” consistency of character and the notion of an individual being “completely beyond the pale,” a social outcast—a canceled, contemptible person. The story represents Smith’s understated, brilliant attempt to express the complexities of the #MeToo movement.

As the story concludes abruptly, its speaker, by virtue of her own tendency to acknowledge both degrees of sin as well as degrees of sympathy for the sinner, finds herself ironically beyond the pale—that is, outside the bounds of any acceptable behavior. Stuck beyond the pale, she is able to foster a searingly astute and satirical account of what exists within the pale and those who police its membership.

A Confederacy of Dunces by John Kennedy Toole

I kept thinking, for two reasons, of Smith’s story while rereading A Confederacy of Dunces over the last few weeks. First, both Ignatius J. Reilly and John Kennedy Toole, Ignatius’ creator, are utterly beyond the pale. Utterly. Not only is some of the language and many of the characters of the novel unacceptable and offensive, but the book’s main character resides so absurdly beyond the pale that he aligns himself passionately with the “geometry and theology” of the medieval period. Second, I think that we need this novel now more than ever.

Among the many clichés operative in Covid-time (“in these uncertain times,” “the new normal” and “together apart”), there is the sturdy cliché, “now more than ever.” Now, more than ever we need family, working government, thoughtful statistical analysis, faith, pets and good food. Well, I think we also need comedy—actual laugh-out-loud, wonderfully thoughtful, uniquely creative comedy. Comedy that helps us be more human, less afraid and less serious about ourselves. Now, we need Ignatius Jacques Reilly and this warmly funny novel to help keep us reflective and hopeful.

To make sure I do not offend “taste and decency” (Ignatius’ refrain throughout the novel), I will reduce my claim to me: Comedy is what I need. But I bet you need some humor right now as well—instead of The Brothers Karamazov, instead of Moby-Dick. That is why I have chosen A Confederacy of Dunces for this quarter’s Catholic Book Club selection. I also promise that, if you stick with it, this novel will make you laugh spontaneously, without any self-regard and without any need of knowing precisely what is beyond the pale at this moment in our cultural history. Everything is beyond the pale in the New Orleans of A Confederacy of Dunces, and that is what makes the book so darn funny.

The backbone of A Confederacy of Dunces is comprised of letters, particularly the epistolary exchange between Ignatius and his fellow denouncer of modern culture and its mores, Myrna Minkoff. Ignatius’ labor crusade at Levy Pants and his failed political rally in the French Quarter are motivated by his desire to one-up Myrna’s own work as a social agitator. While Myrna’s letters offer in-depth psychoanalytic descriptions of Ignatius’ troubles, his own letters and telegrams to Myrna encapsulate his bizarre fantasies and his inability to have any idea of how wildly beyond the pale he has become.

Though Ignatius has studied classical and medieval texts for years and relishes brandishing such knowledge, he remains utterly undeveloped as a human being.

Ignatius also intermittently composes journal entries addressed to a general audience, “Dear Reader.” Each of these lengthy letters contains an epigraph that hints at the florid formality which Ignatius intends. In describing his interactions with his employer Mr. Clyde, the owner of a hot dog vending company, Ignatius writes:

At first I thought I might have found a surrogate father in the czar of sausage, the mogul of meat. But his resentment and jealousy of me are increasing daily; no doubt, they will ultimately overwhelm him and destroy his mind. The grandeur of my physique, the complexity of my worldview, the decency and taste implicit in my carriage, the grace with which I function in the mire of today’s world—all of these at once confuse and astound Clyde. Now he has relegated me to working in the French Quarter, an area which houses every vice that man has ever conceived in his wildest aberrations, including, I would imagine, several modern variants made possible through the wonders of modern science (226).

Ignatius persisted in his study of humane letters for years, nearly bankrupting his mother. Throughout the novel, he waddles around bursting at the seams in gluttonous sloth and saturated with letters—and, by “letters” I mean that he has stored up in himself words and ideas that make him a truly “lettered” person. After his decade at university, he only lasted three weeks at the New Orleans Library in a job that had him pasting due date slips into library books because, as Ignatius tells his mother: “I had my own aesthetic about pasting those slips. On some days I could only paste in three or four slips and at the same time feel satisfied with the quality of my work. The library authorities resented my integrity about the whole thing. They only wanted another animal who could slop glue on their best-sellers” (51).

Ignatius knows his Boethius, and he honors Hroswitha. He has ready arguments against Marx, democracy and bourgeois culture. But, there is an irony at the heart of Ignatius that his mother, Irene, lays bare toward the end of the book. She laments: “For every nice thing I ever done for you, I just get kicked around. I want to be treated nice by somebody before I die. You learnt everything, Ignatius, except how to be a human being” (364).

Irene’s insight into her son is devastatingly accurate: Though Ignatius has studied classical and medieval texts for years and relishes brandishing such knowledge, he remains utterly undeveloped as a human being. He remains cloistered—not so much in a medieval worldview—but in his inability to interact with living, breathing human beings. As lettered as he is, he is completely unfriended. And this “unfriended-ness” would be “lachrymose cliché,” if it weren’t for Ignatius’ relentless incursions beyond the beyond the pale of staid, normal, middle-class American life.

Some thoughts and questions for discussion: