Review: When the meek are not blessed

Review: When the meek are not blessed 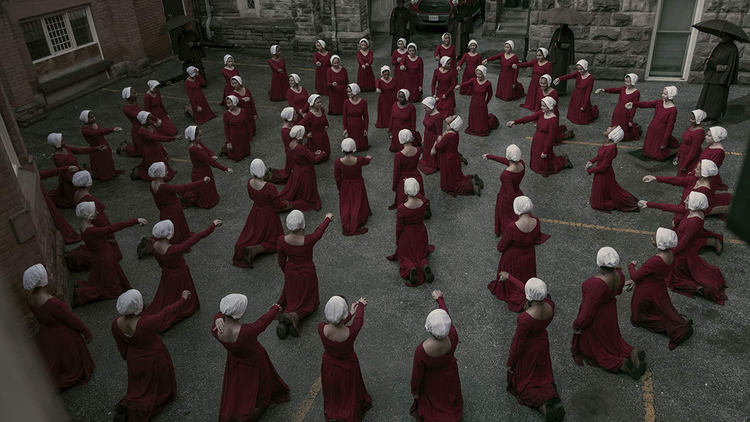 The Testaments is Margaret Atwood’s sequel to The Handmaid’s Tale, which was made into a television series on Hulu (Photo credit: Hulu).

“When push comes to shove,” says a character in The Testaments, “only one’s own nightmares are of any interest.” In The Testaments, the new science-fiction novel by Margaret Atwood, the author’s own nightmares are on full display: The Testaments is a sequel to The Handmaid’s Tale (1985), Atwood’s acclaimed depiction of a future state, Gilead, in which females are made completely subordinate to males. Due to pollution, the few fertile women in Gilead are sold to the richest men. These women are called “handmaids” and forced to wear red. Female sexuality is presented as diabolical.

The Testaments by Margaret Atwood

Gilead is The Testaments’ primary setting. If anything, the dystopia is even scarier in the sequel, which provides terrifying detail on the history of the Christian fundamentalist regime that overthrows the United States at Gilead’s founding. As in The Handmaid’s Tale, realism makes the story harrowing. And yet, for all of its nightmare quality, The Testaments is full of joy. It depicts Gilead’s downfall and the role of women (Gilead’s scapegoats) in the triumph.

The Testaments deservingly won the 2019 Booker Prize, awarded for the best English-language novel published in the United Kingdom (sharing the honor with Girl, Woman, Other, by Bernardine Evaristo). To read it is to be reminded why Atwood is considered one of the greatest writers currently writing in English and the greatest living Canadian author. The prose is darkly, addictively funny, as spare as Shaker furniture. Like Milton’s Satan, the main narrator, Lydia, is a near-perfect example of a character whose sins make her compelling and even beautiful.

To read The Testaments is to be reminded why Atwood is considered one of the greatest writers currently writing in English and the greatest living Canadian author.

Lydia is in charge of the Aunts, a quasi-monastic female order charged in turn with various aspects of the regulation of Gilead’s women. The Aunts are the only women in Gilead permitted to read. (Teaching a girl to read, according to Gilead wisdom, is like “trying to teach a cat to crochet.”) Some of the only books to survive Gilead’s rise are kept at the Aunts’ headquarters, the evocatively named Ardua Hall. In an ironic homage to Phyllis Schlafly, the Republican activist who rose to fame fighting the Equal Rights Amendment, the Aunts sip hot milk in Ardua’s Schlafly Café.

A former judge, Lydia flourishes under the new regime because she is cunning and smart, of the Schlafly mold. She sells out. But from Lydia’s guilt-plagued soul spills the plot to topple Gilead.

One way into the specific interest of The Testaments for Catholic readers is through Lydia’s complex relationship with St. John Henry Newman: The narrator chooses to hide her manuscript in a hollowed-out copy of Newman’s Apologia Pro Vita Sua, one of the forbidden books preserved in the Ardua Hall library. Lydia chooses the Apologia for her hiding place in part because she intuits that no other Aunt will be daring enough to open it. (Catholicism is seen in Gilead as a “heretical and next door to voodoo”.)

But Catholic readers will appreciate a subtler connection: Like Newman, who was vilified for leaving the Church of England to become a Roman priest, Lydia turns her back on Gilead in order to serve a deeper truth. Her narration is her apology for the major decisions of her life.

Like Newman, who was vilified for leaving the Church of England to become a Roman Catholic priest, Lydia turns her back on Gilead in order to serve a deeper truth.

“My soul proclaims the greatness of the Lord; my spirit rejoices in God my savior,” Mary sings in the Magnificat. “For he has looked upon his handmaid’s lowliness” (Lk 1:44-56). The song is revolutionary, hymning the kingdom of God as demotion of the rich and liberation of the poor: “He has thrown down the rulers from their thrones but lifted up the lowly.” The handmaid is the Magnificat’s central symbol. That she is (by definition) a female servant is exactly the point: Like The Testaments, Mary’s song dreams of a world in which handmaids find both authority and power.

In her award-winning book Truly Our Sister, Fordham theologian Elizabeth Johnson, C.S.J., argues that Mary is best understood in connection with her fellow peasant-women: the poorest women and girls alive today, particularly refugees. Johnson submits that the church’s centuries of focus on Mary’s maternity and supposed asexuality continue to have a disastrous impact on women. Moreover, Johnson argues, these narrow views on Mary distract the church from Mary’s significance as a member of the communion of saints. As St. Augustine said, “It was for [Mary] a greater thing to have been Christ’s disciple than to have been his mother, and she was more blessed in her discipleship than in her motherhood.”

The meek stereotype that has so often substituted for Mary of Nazareth was contradicted by St. Pope Paul VI: “Far from being a timidly submissive woman...she was a woman who did not hesitate to proclaim that God vindicates the humble and the oppressed, and removes the powerful people of this world from their privileged positions” (“Marialis Cultus,” No. 37). And yet, the focus on maternity and mildness as defining Marian traits persists.

In The Testaments, justice and truth are shown as entering the world through the courage of oppressed women—the rebel handmaids, the subversive Aunts.

Part of the significance of Atwood’s tales is in their critique of this misogyny. In Gilead, the handmaids are treated as brood-mares. They are idealized through a patriarchal theology revealed as unholy, a value system that dehumanizes. Conversely, justice and truth are shown as entering the world through the courage of oppressed women—the rebel handmaids, the subversive Aunts. In these characters, Atwood in a sense unveils the true Mary, the brave disciple and prophet. The Handmaid’s Tale and The Testaments are intertextual with the Magnificat in this way.

Atwood is an agnostic. She has argued at length that atheism and faith are equally unprovable, making agnosticism the rational position. In owning the anxiety of influence from Newman and Luke, Atwood in no way compromises her neutrality. Rather, she pays homage to the church as a source of texts that can liberate at least as much as they can kill.

Far from being anti-Catholic or adopting a view of the church as irredeemably patriarchal, Atwood’s handmaid tales are better understood as in the tradition of A Canticle for Leibowitz (1959). Canticle is Walter M. Miller’s classic science-fiction novel, the tale of a post-apocalyptic monastery playing its part in the re-building of civilization. The institutional church is much more potentially dangerous in Atwood’s view than in Miller’s. For all of its anti-Catholicism, Gilead begins as a religious movement. It uses faith to justify its ways, whereas Canticle imagines the church as a ray of saving light, cutting through the post-nuclear cloud.

The Handmaid’s Tale and its spin-offs are so compelling because ultimately, they are about the politics of gender and the role that symbols play in that conversation.

The golden bond that unites the books is their common depiction of monasticism as the preserver of truth in an ecologically ravaged future. Monks are the heroes of Canticle, as quasi-nuns (Aunts and their postulants) are the heroines of The Testaments. As much as The Handmaid’s Tale provides rich fodder for a feminist theology of Mary, The Testaments invites the church to reconsider the role of female religious in the renewal of spiritual life.

Significantly, The Testaments is the latest manifestation of a much broader Handmaid’s Tale phenomenon: The original novel has given rise to myriad adaptations for stage, screen and radio. Of particular interest is the 1990 movie version, mostly because of Faye Dunaway’s piercingly icy performance as Serena Joy, a televangelist brought low. More recently, Hulu has produced three seasons of an Emmy-winning eponymous Handmaid TV series. A fourth season is now in the works.

Why are The Handmaid’s Tale and its spin-offs so compelling and to so many? The answers are complex. Ultimately, they are about the politics of gender and the role that symbols play in that conversation. Lionel Trilling called the meeting point of politics and literature “a dark and bloody crossroads.” Gilead is a quintessential case. We see in its story that ancient signs, like the handmaid and her song, still breathe with a thrilling vitality.

This article also appeared in print, under the headline “When the meek are not blessed,” in the April 13, 2020, issue. 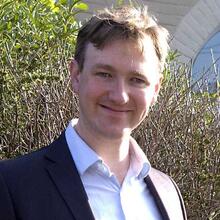