Mining the partnership between science and religion

Mining the partnership between science and religion 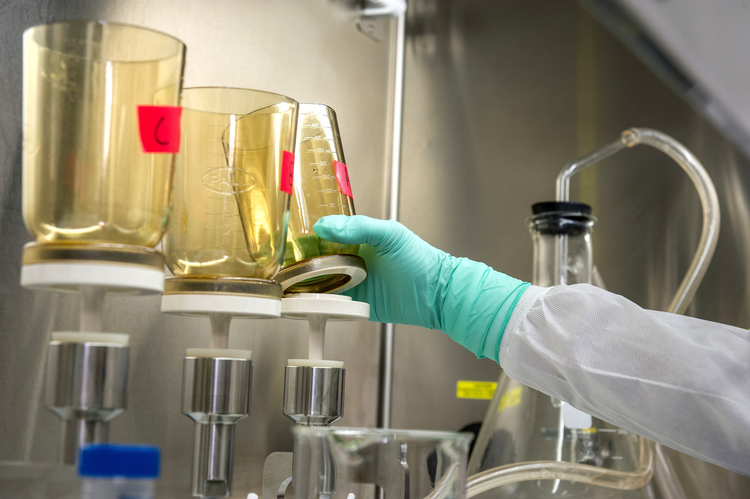 Photo by CDC on Unsplash

Roger Haight’s newest book, Faith and Evolution, asks: “Can a conversation with science, especially with evolution...reveal more clearly the logic of Christian faith and its relationship to the method and understanding produced by the sciences?” Haight’s answer is a qualified “yes”—and the success of his project correlates to how he arrives at that conclusion.

This is a book of systematic theology, not religious or scientific history; thus, while Darwin is mentioned from time to time, the historical debates and theological gyrations of the late 19th and early 20th century after his Origin of Species (1859) and Descent of Man (1871) make no appearance in Faith and Evolution. This means that there is no treatment of topics such as the home-grown biblical literalism (like Young Earth Creationism) that characterizes much of fundamentalist Protestantism in the United States, nor the formal, magisterial evaluations of evolution that have been issued by the Catholic Church since 1996.

This is not a detriment but a clarification, because for Haight, the core of the project is to ask “what science can teach Christian theologians about our own self-understanding” and to offer a vision of compatibilism to Christians who “either do not know how to process their Christian faith in this context or call it into question altogether.”

The focus on evolution in the book’s title is significant, and it is also a placeholder: The dramatic, open-system logic that now characterizes the contemporary sciences is perhaps best communicated by the Darwinian revolution. But also at play in this book are cosmology and astrophysics (e.g., the Big Bang as it relates to creation ex nihilo) and the phenomena of causality, emergence and complexity in numerous material domains, as well as the experience of human consciousness.

Undergirding the analyses throughout the book is a “negative” normativity, a principle stating that “theology cannot deny what is commonly taken as established scientific conclusions about reality and retain its credibility.” Readers looking for a “warfare” model between theology and science will have to look elsewhere. “Science should not be regarded as an enemy of theology but as a friend and ally,” writes Haight. The question is how theology can be responsive to scientific realities while also retaining its distinctive integrity.

Chapters 1 to 3 address how to think about scientific depictions of the world; the distinctive capabilities embodied by the sciences and by Christian faith; and evolution and God. Chapters 4 to 8 engage classical systematic topics, from the doctrine of God (understood here as Presence, through Christian registers of scripture, grace and spirit) to notions of sin, Christology and eschatology in evolutionary contexts.

In many chapters a concluding section addresses questions of spirituality, which for Haight “consists of personal history and should be understood in narrative terms,” and for which “metaphysical structure comes to the surface of everyday life in an ethics of communion of being and an ecological ethics,” among other ways. Animating the project is a spiritual concern: Many people “do not have and are looking for the means for processing their faith in today’s secular, evolutionary, and technological world.”

The book is characteristically careful, methodical and precise—hallmarks of Haight’s writing style and theological methodology. Readers familiar with the development of Catholic theologies of nature and creation will find much to converse with here, as will philosophical theologians. Haight converses steadily with theologians such as John Haught, William Stoeger, S.J.; Edward Schillebeeckx, O.P.; Paul Tillich; Karl Rahner, S.J.; Kathryn Tanner; and, of course, Aquinas.

Haight is correct in his statement that “the dialogue with evolutionary science has changed the context for thinking about how God relates to the world,” and he concludes that a “differentiated integration” of the narrative structures and spheres of science and theology is what is most viable. “An evolutionary context thus changes the framework of ancient conceptualization and thinking, but it does not alter the theological vision,” writes Haight in Chapter 6.

For one semester in graduate school, I had the pleasure of learning from Roger Haight in a classroom. Like generations of his students, I learned from him to appreciate the art of a concise one-page argument and his surreptitious, wry humor (he refers to his own analysis in Chapter 8 as a “brief, abstract, and overly dense representation”). But perhaps the longest-lasting spiritual lesson I took from him appears in the pages of this book too:  “If knowing were not oriented to human action, it is hard to imagine what else it would be for.”

This article also appeared in print, under the headline “Geological virtues,” in the March 30, 2020, issue.

Christiana Zenner is an associate professor of Theology, Science, and Ethics at Fordham University in New York.

Review: Paul Mariani’s life in verse
Paul Mariani’s poems ask, “Does God know us only by the names our parents gave us?,” another reminder of how the human and eternal meet.
Philip C. KolinMay 15, 2020

Review: How (and why) to reinvent journalism as we know it
Victor Pickard wants to help “reinvent journalism” by working out a new economic model based on some sort of public subsidy for reporting outlets all over the country.
John W. MillerMay 15, 2020

Review: Jia Tolentino on the realities of life
In a collection of nine essays, Jia Tolentino writes about a range of topics, including the advent of our internet culture, the modern wedding industry, megachurch evangelical Christianity, market-driven feminism and college rape culture.
Angelo Jesus CantaMay 15, 2020

Review: The Christ-like (and paradoxical) life of Dorothy Day
Dorothy Day lived a life that today poses significant challenges for just about anyone mindful of the least of our brethren.
Mike MastromatteoMay 13, 2020