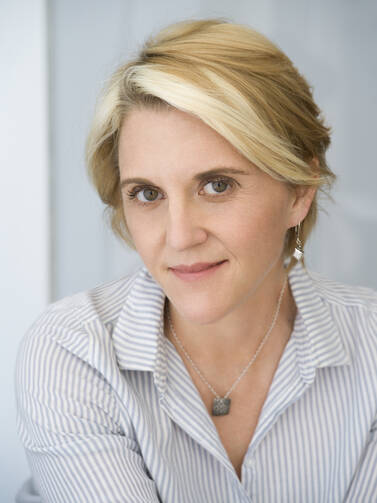 The novelist Zadie Smith claims a “right to be wrong,” which she preserves by staying off social media. Online, critics of your half-formed thoughts are everywhere, and it is easy to succumb to their voices. A thinker who fears being wrong will lose her chance to be right.

In her new book, The Problem With Everything, the razor-sharp essayist and former Los Angeles Times columnist Meghan Daum confronts that fear. The book recounts how, despite her unimpeachable feminist and liberal commitments, Daum came to feel not just wrong, but alienated from a new generation of “extremely online” activists.

The Problem with Everythingby Meghan Daum

Daum writes that as the “woke” left ascended, “I began to see the ways in which my wariness toward what I saw as hollow indignation and performed outrage—my resistance to certain aspects of the resistance, if you will—was in many ways fundamentally generational.” As a member of Gen X, she came of age with a set of values different from those of millennials: not fairness but toughness, not ideological certitude but nuance.

As a child, Daum watched gender-neutralized 1970s PBS programs and accompanied her mother to women’s rights rallies. In her 20s, she brushed off street harassment as “life in the big city.” Now, in her 40s, Daum watches with dismay as, in her view, a brash new feminism rewrites that past as “problematic.”

The left, in Meghan Daum’s view, “needs a course correction” to stop it from eating its own.

Daum dissects a familiar set of cultural issues: campus politics, the #MeToo movement and the self-styled rogue thinkers of the so-called Intellectual Dark Web. In nearly every case, she argues that things are more complicated than progressive influencers let on. She argues, for instance, that reflexive hatred of Education Secretary Betsy DeVos has blinded the left to the justice of her guidelines for adjudicating sexual assault allegations at universities.

The left, in Daum’s view, “needs a course correction” to stop it from eating its own. It needs “more empathy as a matter of course. We need to recognize that to deny people their complications and contradictions is to deny them their humanity.”

The book’s most affecting chapter tells how Daum’s divorce ended a long-running conversation about culture and politics in which she had total freedom of thought. Losing that intimacy led to despair. “If there’s anything I’ve learned in twenty-five years,” she writes, “it’s that the more honest you are about what you think, the more you have to sit in solitude with your own thoughts.”

It may be that we can safely risk being wrong only among people who love us. We rarely find them on Twitter. The more our intellectual and political lives take place there, instead of in face-to-face encounters in a spirit of trust, the worse the problem with everything will become.

This article also appeared in print, under the headline “It's complicated,” in the January 6, 2020, issue.

Jonathan Malesic is a writer living in Dallas. He is working on a book about burnout for University of California Press.