Review: The backlash against globalization 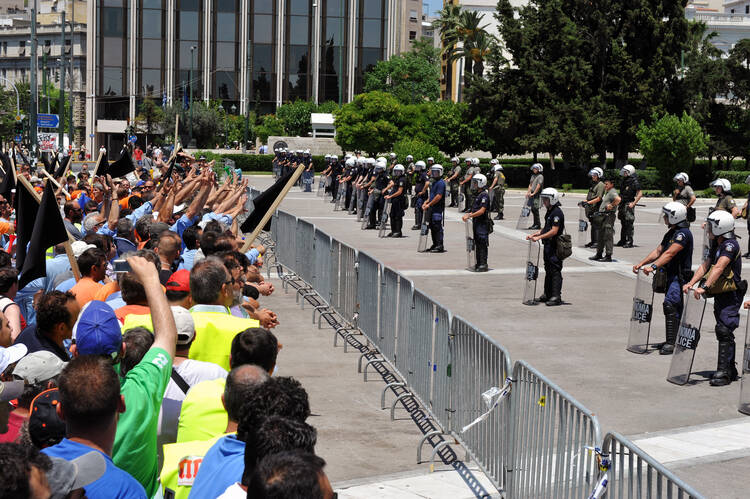 Unemployed protesters outside the Greek Parliament in Athens, on June 10,2011. (iStock)

When the Berlin Wall fell, it seemed the era of walls had come to a close. Three decades later, from the U.S.-Mexico border to Hungary, walls are back in fashion. There can be no doubt about it: globalization is experiencing backlash. In Us vs. Them: The Failure of Globalism, Ian Bremmer, a writer for Time and a respected foreign policy analyst, argues that the worst is yet to come. Though it does not provide a comforting analysis, this concise book is crucial for understanding how the post-Cold War triumph of free trade and democracy spiralled so quickly into a global rebirth of populism.

Bremmer focuses much of his attention on the developing world, finding clues of the instability to come in political turmoil in South Africa and Brazil, in unexpected protests and dissent in Turkey and China, and in religious and ethnic conflict in India and Nigeria. Bremmer’s thesis goes like this: Thus far, globalization has largely benefited the developing world, raising standards of living and promoting investment in poorer countries. But paradoxically, success in raising standards of living has only made citizens demand more. And with new technologies like automation on the horizon, globalization’s ability to bring better jobs to countries like Mexico may be very short lived. Bremmer predicts that soon Indonesia, Mexico, South Africa, Egypt, China and many others will all have their own Marie Le Pens and Steve Bannons. Populist and nationalist backlash to globalization will hit all the harder in countries with fewer social safety nets and less-established political institutions.

President Trump claims to stand for the forgotten men and women of America, but it is not the rich coastal elites who have suffered most under the Trump administration.

The backlash against globalization often overlaps with racial resentment and ethnic hatred. President Trump claims to stand for the forgotten men and women of America, but it is not the rich coastal elites who have suffered most under the Trump administration. Instead, it is immigrant families not so different from mine that are shattered while much of the country cheers. The question of how a democracy should respond to bigotry among its electorate will be the among the most challenging of our time.

Can the post-Cold War vision of globalism survive? Bremmer’s prognosis is grim; but his writing makes clear that if globalism is to survive it will need to do a better job listening to real grievances of those left behind. Otherwise globalism will consume itself.

Upheaval is coming, and it will take the best of who we are to overcome it. All of us will have to resist the temptation to retreat behind our social and physical walls.

This article also appeared in print, under the headline “Hiding behind walls,” in the September 30, 2019, issue.

Antonio De Loera-Brust is a first-generation Mexican-American writer and filmmaker from Davis, Calif., and a former Joseph A. O’Hare, S.J., fellow at America.