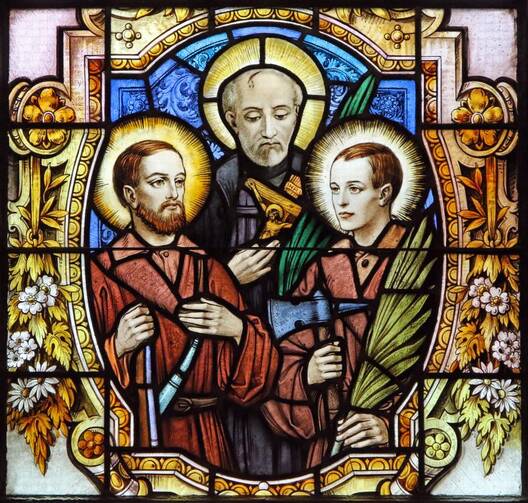 Jesuit saints Jean de Lalande, Isaac Jogues and Rene Goupil, who were among the 17th-century French Jesuit missionaries martyred in North America, are depicted in a stained-glass window at the Cathedral-Basilica of Notre-Dame of Quebec in Quebec City. (CNS photo/Gregory A. Shemitz)

To illustrate the force of Bronwen McShea’s fascinating treatment of the Jesuit missions in New France, one might begin with Francis Parkman—scion of a Unitarian dynasty, Harvard horticulturist and insufferably condescending historian of French and English conflict in North America. Speaking of Sébastien Rale, S.J., the Jesuit missionary and lexicographer who labored to convert the Abenaki and died in battle with the English, Parkman writes: “In considering the ascription of martyrdom, it is to be remembered that [Rale] did not die because he was an apostle of the faith, but because he was an active agent of the...government” (i.e., of New France).

McShea demonstrates beyond cavil that this sort of distinction stumbles into, or imposes, a grievous anachronism about the Jesuit “apostles of empire,” for whom faith and polity were two inseparable aspects of the universal mission of Catholic New France, two wings on which North America might rise to attain the fullness of Christian civilization.

Alas, McShea does not target Parkman in this connection, but she cites a plethora of other interpreters of the Jesuit missions who offer the same unthinking disjunction between otherworldly “spirituality” and embodied polity. Her great theme, which she expounds at length but with such a generosity of fascinating detail that the journey is well worth the effort, is that distinctions of this sort embody a category mistake. What emerges unforgettably from the book is what McShea refers to as “the almost shocking consistency” of the Jesuit missionaries.

Bronwen McShea has done for early modern North America and New France what Andrew Willard Jones’s Before Church and State did for the France of the 13th century.

In our world, commitments are almost always fractured, compartmentalized and truncated—politics here, faith there, social welfare and social justice elsewhere, learning somewhere else. McShea gives us the shock of the unfamiliar, bringing to life a company of men for whom all these spheres, without becoming simply identical, were seamlessly integrated into a complementary but unified total mission. (Men, and certainly also women. Striking cameos are presented in the book of female converts among the Native Americans, many of whom took a line toward the English, hostile Iroquois and other enemies of the Jesuits that was distinctly more reminiscent of Jeanne d’Arc than of the Algonquin/Mohawk saint Kateri Tekakwitha, as McShea quips and explains in vivid detail that is not for the squeamish.)

One comes away from the book with a sense of a lost world recovered and portrayed in loving detail. McShea has done for early modern North America and New France what Andrew Willard Jones’s Before Church and State did for the France of the 13th century. The result is a triumph of the historian’s art.

This article also appeared in print, under the headline “The lost world,” in the September 16, 2019, issue. 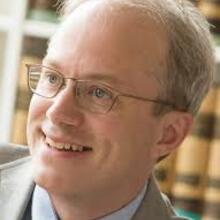