Review: What can we do about rising sea levels? 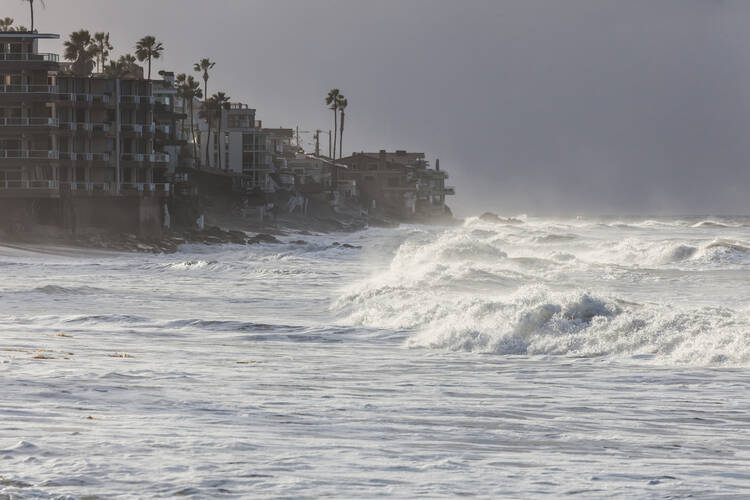 Books on sea-level rise and the coastal United States often have the dry tone of academics or city planners writing for others in their circles. That dryness is ironic, given the very wet future looming for cities like New York, New Orleans and Miami, and smaller communities like Isle de Jean Charles, La.

With human warmth and close attention to the details of nature, Rising, by Elizabeth Rush, is a welcome addition to the small but growing canon on what the changing climate means for U.S. residents. Rising takes readers to communities from Staten Island and Miami to coastal Rhode Island and San Francisco. At each stop, Rush intersperses science into stories of the human experience of sea-level rise, rather than the other way around. The result is a subtle, compassionate and highly readable account of what is already happening in some of the most vulnerable coastal areas of the United States. It is also a foreshadowing of what is to come for the approximately 40 percent of the U.S. population who live in coastal communities.

Consider, for instance, Isle de Jean Charles. In January 2016, the U.S. Department of Housing and Urban Development began a $48 million program to relocate the island’s inhabitants inland, away from rising seas that intensify hurricane storm surges. Somewhere between 65 and 100 residents—most of them members of the Biloxi-Chitimacha-Choctaw tribe—were offered federal rent support for apartments in the nearby city of Houma while awaiting the construction of a new community about 40 miles north of Isle de Jean Charles. They are being called the nation’s first climate refugees. And some are refusing to leave their homes, come hell or—literally—high water.

Elizabeth Rush's Rising is about resilience—both resilience as adaptation to rising seas and resilience in the sense of people retaining their identities as they confront a future of flooding, hurricanes, economic pressures and relocation.

These are stories climate scientists have anticipated but struggle to tell: how rising seas will intensify hurricanes and flooding, force an increase in federal spending, and cause an upheaval of lives, particularly among lower-income Americans who may lack the resources to adapt. These are stories that escape widespread public knowledge because sea-level rise is happening millimeters at a time and is often overshadowed by political polarization around the issue of climate change.

Both on its own merits and as a vanguard for future books on the changing climate, Rising has the potential to increase public awareness that sea-level rise is a human issue.

On Isle de Jean Charles, Rush introduces Chris Brunet, one of the few residents who have decided to remain rather than accept federal aid. Sitting in the house his grandfather built, which was gutted but never completely rebuilt after Hurricane Lili in 2002, Brunet shares cake and soda and tells Rush what it is like to see the community he grew up in disappear as the water inches ever higher.

“Sometimes we have these unplanned reunions at Walmart,” Brunet says. “I mean, you can run into a lot of the people who used to live on the island and even those of us that remain. We are all there buying food, catching up. It’s nice to see the people I miss.”

Concrete Steps on Climate Change
From AP, CNS, RNS, Staff and other sources

It is that type of human color that makes Rising a standout. Rush’s writing is much more subtle than Jeff Goodell’s 2017 book The Water Will Come, which drew accusations of sensationalism for its portrayal of Miami in 2037 following a devastating hurricane and 20 feet of storm surge. Where Goodell writes of condoms and tampons strewing the beaches and a foot of sand in the lobby of Miami Beach’s Fontainebleau Hotel, Rush evokes Henry David Thoreau’s Walden, wandering through Maine tidal marshes and South Florida swamps and meditating on words like “tupelo” (a tree that grows in relatively high areas of coastal wetlands) and “rampike” (a tree that has died due to saltwater inundation).

Rising is about resilience—both resilience as adaptation to rising seas and resilience in the sense of people retaining their identities as they confront a future of flooding, hurricanes, economic pressures and relocation. As uncertain as that future is, the stories in Rising provide hope as more and more people find themselves experiencing the impacts of the rising sea.

This article also appeared in print, under the headline “Before the Flood,” in the June 10, 2019, issue.

Kate Stein is a writer and multimedia journalist based in Miami.