Review: Robert Caro tells us how he does it 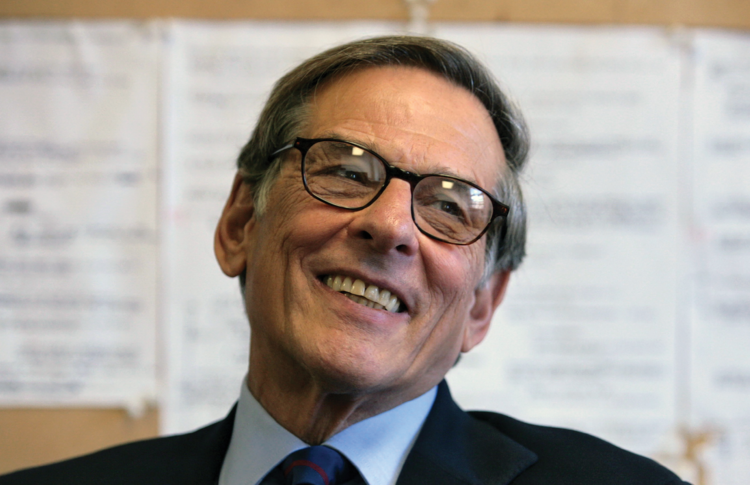 Robert Caro offers an honest account of what his research and writing have been like over the past 55 years (AP Photo).

Robert Caro dreads a particular question: When is the next Lyndon Johnson book coming out? Now 83 years of age, he assures his readers in his newest book, Working: Researching, Interviewing, Writing, that he has done the math and realizes the clock is ticking. He realizes also that he most likely will never publish a substantive memoir upon the completion of his final volume on the years of the Johnson presidency. Clearly, Caro is still working as hard as he can, and this rather short book (by Caro’s standards) offers his readers some fascinating glimpses into the work that has defined his life.

Unknown, worryingly broke and uncertain whether or not he would ever publish his biography of Robert Moses, Robert Caro earned a spot to work in the Allen Room at the New York Public Library. When asked the dreaded question, “How long have you been working on your book?” by another writer in the Allen Room, Caro offered the truth: five years. The response that came back was an immediate relief to Caro: “Oh...that’s not so long. I have been working on my Washington [book] for nine years.” Finally, some other writer understood the depth of his toil.

In some ways, Working represents Caro’s defense of the depth of his work and the many years it takes him to research and write his books. For example, when Caro was researching Path to Power (1982), the first Johnson volume, he was intrigued by a detail about Johnson’s life when he first arrived in Washington, D.C. Estelle Harbin, who worked as a congressional aide alongside Johnson, remarked that Johnson arrived each morning on Capitol Hill out of breath because he had been running. Though he walked Johnson’s route to work for weeks, Caro could not figure out why exactly Johnson finished his commute to work with a run up Capitol Hill.

Throughout his works, Robert Caro has long argued that power does not so much corrupt as reveal.

Then Caro realized that he had not walked the route at the time when Johnson would have. So, he began walking it just after sunrise (because those who grew up in the hill country of Texas would have awoken with the sun). Caro discovered that in the early morning, sunlight struck the white marble of the Capitol building and created the impression that the entire facade was ablaze. Each morning, Johnson had been exhilarated by the sight.

Caro explains: “And then I had found a way not to lecture the reader on the contrast between what Lyndon Johnson was coming from and what he was striving toward, and how that contrast explained the desperation, the frenzied, frantic urgency of his efforts—a way not to tell the reader but to show the reader that point instead.” Having detailed the grinding poverty of Johnson’s home region, Caro was able to offer some insight into Johnson’s desperate desire to escape the place where he was born. Caro’s insight into Johnson and the way it developed also help account for the thoroughness of his work.

Most gripping, however, are the circumstances surrounding several interviews that Caro managed to conduct in researching Johnson’s life. In a way, these interviews might be motivation for Caro to tell his own story in Working. Age and frailty seemed to inspire surprising honesty in the old men Caro has interviewed. While trying to piece together how, in 1940, Johnson had garnered a disproportionate amount of influence over his more senior House colleagues, Caro interviewed a wealthy Texan who he thought had bankrolled Johnson in such a way that Lyndon Johnson, only four years in Congress, was able to dole out money to other congressional Democrats. George Brown had refused all interviews in the past, but Caro finally persuaded Mr. Brown to commit to an interview by offering a rather frank surmise of his brother Herman Brown’s legacy: “In a few years no one is going to know who Herman Brown was if he’s not in the book.”

The next day, George Brown met Caro and told him quite frankly that Johnson had arranged for George and Herman Brown to receive hundreds of millions of dollars in government building contracts during Johnson’s years in public life.

Age and frailty seemed to inspire surprising honesty in the old men Robert Caro has interviewed for his books.

Caro pursued another rather old man to collect evidence on the disputed Senate election of 1948. Feeling he needed definitive proof about whether or not Johnson stole the election, he sought out Luis Salas, the presiding election judge in Jim Wells County for the election of 1948. Caro found the 84-year-old Salas in 1986. Salas told Caro that, as he was tabulating the vote, “If they were not for Johnson, I made them for Johnson.” Salas called 200 of 202 votes in Box 13 for Johnson, and he had lied about it under oath before Congress when the election was investigated. Salas handed Caro a manuscript that explained the incident and said, “‘Everyone is dead except me, Robert. And I’m not going to live long. But Box 13 is history. No one can erase that.’” Caro was satisfied. Johnson had indeed stolen the election.

But the most striking moment among the interviews that Caro describes involves Lyndon Johnson’s brother, Sam Houston Johnson. Caro writes that for years, Sam Houston walked around their home region in the Texas hill country telling great tales of his family. He was an overbearing drunk. Then, Sam Houston had surgery for cancer which left him debilitated. Sensing an opening, Caro arranged for them to meet at the Johnson homestead after the National Park Service had closed up shop for the day.

He had Sam Houston sit in a chair at the table in the dining room. The evening light shone through the room. Caro sat behind Johnson’s brother and asked him tell him about the terrible arguments between Lyndon and his father. Sam Houston sat at the table and began to describe the fights—haltingly at first. Caro sat in silence as Johnson’s brother revealed what it was like to be at that dinner table. And, when Sam Houston had exhausted himself, Caro told him, “Now, Sam Houston, I want you to tell me again all those wonderful stories about Lyndon when you both were boys, the stories that you told me before—just tell them again with more details.” Johnson’s brother sat in silence. Caro then tells Sam Houston again, “Tell me those wonderful stories.” Johnson’s brother replies, “I can’t.” When Caro asks why not, Sam Houston Johnson replies, “Because they never happened.” Armed with such revelations, Caro went back and re-interviewed many others, and his account of Johnson became more “coherent—and closer to the truth.”

Throughout his works, Robert Caro has long argued that power does not so much corrupt as reveal. When one attains power, the exercise of power reveals who that person is. Perhaps a corollary to this claim, evident in Working, is: Old age serves to inspire a frankness, an openness and an honesty that help reveal what was kept hidden or understated throughout one’s life. Caro’s readers, the current reviewer among them, are profoundly grateful that he has followed the example of many of the men and women he has interviewed over the years and, in his old age, offered an honest account of what his research and writing have been like over the past 55 years.

This article also appeared in print, under the headline “The Nation's Most Famous Biographer,” in the April 29, 2019, issue.

Kevin Spinale, S.J., a doctoral candidate in English education at Teachers College, Columbia University, is the moderator of the Catholic Book Club.