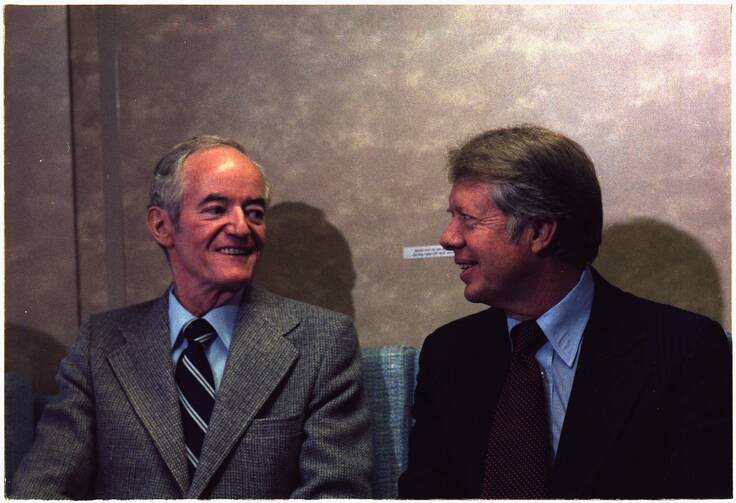 On the evening of Aug. 29, 1968, Vice President Hubert H. Humphrey, a Democrat, was primed to accept a prize every politician covets: his party’s presidential nomination. Little did he realize that night at the party convention in Chicago how his nomination and acceptance would be both the pinnacle and the nadir of his political life. He earnestly believed he was eminently qualified for the office which is, to use that old-fashioned phrase, “the gift of the American people.” But because of the fates and circumstances of that whirligig of a year, he was not destined to sit as the 37th occupant in the Oval Office.

In this absorbing book, Hubert Humphrey: The Conscience of the Country, Arnold A. Offner, the Cornelia F. Hugel Professor of History Emeritus at Lafayette College, presents a Hubert Humphrey who was more than his famous moniker “The Happy Warrior.” Through prodigious research, Offner shows us a serious man who sought a serious goal: the betterment of his fellow Americans, whether through persuasion or legislation.

This biography shows how torturous Humphrey’s journey was. Offner does not gloss over the limitations and imperfections that impeded that journey, whether those were Humphrey’s own or those of others. Humphrey’s presidential dreams were thwarted by two men: the president he served (Lyndon B. Johnson) and his Republican opponent (Richard M. Nixon).

By the end of his life, Hubert Humphrey was perhaps the most beloved Democrat of his generation.

Because of their idiosyncrasies, paranoia and just plain jealousy (especially on L.B.J.’s part), both men did what they could to undercut Humphrey’s chances: Johnson by withholding crucial political and financial support and Nixon by colluding with the South Vietnamese to scuttle the Paris peace talks and by buttering up Johnson’s ego to such an extent that L.B.J. actually preferred Nixon over his own vice president.

In the aftermath, Humphrey returned to the Senate, where he continued championing his core issues. By the end, he became perhaps the most beloved Democrat of his generation until his death from cancer at age 66 in 1978. Though seldom referred to today, he should be remembered for one particularly important legacy: his ability to put aside grudges and reach for accommodation in order to effect positive change. Given today’s toxic political climate, that might just be one Humphrey legacy worth emulating.

This article also appeared in print, under the headline “A politician worth emulating,” in the March 4, 2019, issue.