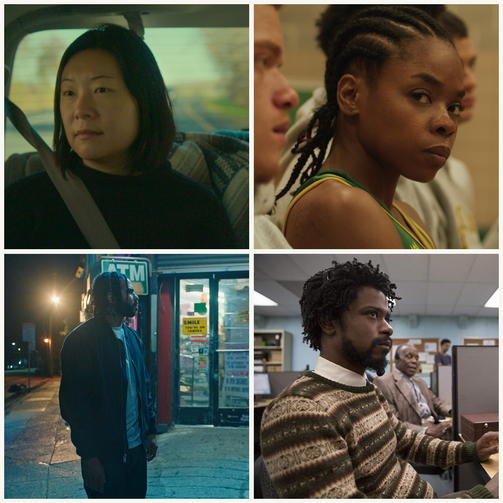 A new report by the University of Southern California’s Annenberg Inclusion Initiative examined race and gender in 1,200 films released between 2007 and 2018. The results were encouraging: Of the highest-grossing 100 films released last year, 40 featured a female lead or co-lead, a 25 percent increase from 2017. Of these 40, 11 were women of color.

In an interview with The Washington Post, Stacy L. Smith, the director of the initiative, said that last year “offers hope that industry members have taken action to create content that better reflects the world in which we live.” She adds that the report “shows that it is possible for change to be achieved—companies must not grow complacent but continue the progress they have made in 2019 and in the years to come.”

Audiences of color praised the representation seen in films like “Crazy Rich Asians,” “A Wrinkle in Time,” “Searching,” “The Hate U Give,” “We the Animals” and “If Beale Street Could Talk.” People of color, especially black Americans, have been demanding that Hollywood be more inclusive, an effort that is already well underway thanks to creators like Issa Rae, Lena Waithe, Ryan Coogler, Shonda Rhimes, Tanya Saracho and Jordan Peele.

Last month, actress Tessa Thompson announced Time’s Up’s 4% Challenge, an effort that asks producers to commit to working with at least one female director within the next 18 months.

Last month, actress Tessa Thompson announced Time’s Up’s 4% Challenge, an effort that asks producers to commit to working with at least one female director within the next 18 months. “I also committed to Doubling the number of women and POC journalist[s] covering the films I have coming out this year,” the actress tweeted following the announcement.

Some of the most diverse films of 2018 have also been nominated in a variety of categories at the upcoming Oscar awards. These include Best Picture nominees “Black Panther,” directed by Coogler; “BlacKkKlansman, directed by Spike Lee; and “Roma,” directed by Alfonso Cuarón; Best Supporting Actress nominee Regina King in “Beale Street”; Best Director nominees Cuarón and Lee; Best Actress nominee Yalitza Aparicio in “Roma”: and Best Adapted Screenplay nominee Barry Jenkins for “Beale Street.”

As we head into Oscars season, here are 10 of the best and most diverse films that did not get nominated for an Oscar but still merit watching:

“Blindspotting” is the story of Collin, a black man, who during the last few days of his probation, sees a police officer shoot and kill another black man in Oakland, Calif. Starring “Hamilton” star Daveed Diggs, the film was directed by Carlos López Estrada. It can be watched on Amazon.

“Monsters and Men” is a film directed by Reinaldo Marcus Green. After a father records the shooting of a black man by police officers in New York, tensions heighten as communities start to analyze their relationships with police officers. It stars John David Washington, son of Denzel Washington and star of “BlacKkKlansman,” and is available on Amazon.

“Sorry to Bother You,” the directorial debut of Boots Riley set in Oakland, is the story of Cassius Green, a struggling telemarketer. He discovers a magical key that allows him to be successful at his job. As he becomes successful, his friends and co-workers protest against corporations. The film is a critique of capitalism and stars Lakeith Stanfield and Tessa Thompson. Audiences can view it on Hulu.

“I Am Not a Witch” is Rungano Nyoni’s directorial debut. A young girl is accused of being a witch and sent to a camp. It stars Maggie Mulubwa as the young girl and was inspired by real-life “witch camps” in Ghana and the director’s native Zambia. The movie is available on Amazon.

“Night Comes On” is the story of Angela, who, a day before her 18th birthday, is released from juvenile detention. With her 10-year-old sister, she goes on a journey to discover who murdered their mother. The movie is directed by Jordana Spiro and stars Dominique Fishback. It is available on Amazon.

“The Rider,” directed by Chloé Zhao, tells the story of a young cowboy who struggles to return to horseback riding after an accident. The movie features first-time actors Brady Jandreau, Lilly Jandreau and Tim Jandreau, a Lakota Sioux family. The movie can be watched on Amazon.

“Shirkers,” by director Sandi Tan, is set in the early 1990s. A teenaged Tan shoots a road movie in Singapore with her mentor, Georges. He steals the footage, which Tan recovers 20 years later when she is a novelist living in the United States. The film features Jasmine Ng Kin Kia and is available on Netflix.

From Shonda Rhimes to Issa Rae, the rise of black women in television
Joi Childs

“First Match” is a Netflix original film directed by Olivia Newman. After years in foster care, a young girl from Brooklyn joins an all-boys wrestling team to connect with her father. The film stars Elvire Emanuelle and Yahya Abdul-Mateen II.

“The Miseducation of Cameron Post,” directed by Desiree Akhavan, is the story of teenager Cameron, played by Chloë Grace Moretz, who gets sent to gay conversion therapy camp after her parents catch her kissing another young girl. The film is available on Amazon.

“To All the Boys I’ve Loved Before” is another Netflix original film. Directed by Susan Johnson, it is based on a novel of the same name by Jenny Han. It tells the story of Lara Jean, a teenager whose secret love letters get released. The film stars Lana Candor and Noah Centineo.

These movies demonstrate that movies by and starring people of color are not just successful, but necessary. Here’s hoping 2019 brings more wonderful content and more initiatives like the 4% Challenge.

Wow this Is Great article, You Can also check For latest Celebrities

Thanks for this, Olga. Now my watchlist is long enough that I won't be able to come up for air before the Oscars...! ;)

I have watched this film on my smartphone using the morph tv app and downloaded various other movies and tv shows at free of cost with High Definition video quality.

I'll give them a shot. I'm white, my wife is black. We've been together for 25 years. We give any movie 10 minutes. If a movie gets 'preachy', it gets dumped.