From Shonda Rhimes to Issa Rae, the rise of black women in television 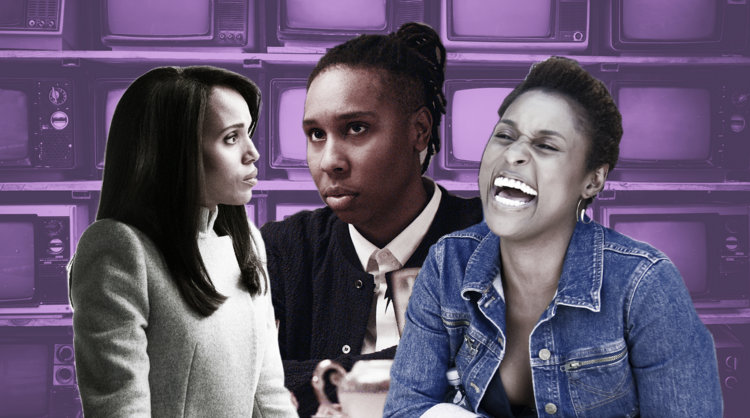 On April 19, ABC aired the final episode of “Scandal.” The series, created by Shonda Rhimes in 2012, ran for seven seasons and starred Kerry Washington as Olivia Pope, the manager of a crisis management firm. Throughout its run, the series became a cultural phenomenon, prompting various popular hashtags—#ScandalThursday, #ItsHandled, #ScandalHeads, #Gladiators, #AskScandal—and peaking in the ratings at No. 8 among all prime-time broadcast series in the 2014-15 season. The casting of Kerry Washington as Olivia Pope was also the first time in 40 years that a network drama starred a black actress.

My first memory of seeing a black girl on television was when I watched Season 2 of “Mighty Morphin Power Rangers” in the 1990s. Karan Ashley Jackson played Aisha Campbell, the Yellow Ranger, and for years, I dressed up as her. Seeing a black superhero resonated with me: I loved seeing a character that portrayed a black girls as a superhero.

Thanks to Rhimes, “Scandal” has paved the way for other shows featuring black women, both on and off the screen.

Lena Waithe, actress, writer and producer, first came to prominence for her acting and writing on the Netflix series “Master of None.” Along with Aziz Ansari, Waith co-wrote one of the show’s most successful episodes, “Thanksgiving,” for which the 33-year-old won an Emmy for Outstanding Writing for a Comedy Series—the first time a black woman has won in this category. This past January, “The Chi,” created and executive produced by Waithe, premiered on Showtime. It is a coming-of-age drama centered on a group of residents in South Side Chicago. Waithe, who was born in Chicago in the early 1980s, told Vanity Fair, “I wanted to tell a story about the world that was from a person who lived there, and I think that’s the problem. I think people critique the city too much, and I really wanted to show the people who lived there.”

Thanks to Rhimes, “Scandal” has paved the way for other shows featuring black women, both on and off the screen.

Then there is the ABC hit “black-ish,” a comedy about African-American parents raising their children in a white neighborhood, starring Tracee Ellis Ross and Anthony Anderson. The show tackles themes such as L.G.B.T. issues, police brutality, racism and the usage of the n-word. Much of the current season, which finishes on May 15, revolves around Ross’s character, Bow Johnson, dealing with postpartum depression after the birth of her son. Last year Ross won a Golden Globe award for leading actress in a comedy series, the first time a black woman won in that category since 1983.

In October 2016, HBO premiered “Insecure” to much critical acclaim. The series was created by Issa Rae following the success of her web series,“Awkward Black Girl.” Since its premiere, the show has been one of HBO’s most popular. It stars Rae as Issa, a black woman in her late 20s navigating life, from breakups to career frustrations, with her best friend Molly, played by Yvonne Orji. The show is witty, funny and offers audiences a raw and honest look into African-American women and their friendships. Most importantly, the characters on “Insecure” are allowed to be human and make mistakes. In a 2016 interview, Rae stated that she wanted “to convey that people of color are relatable,” adding, “this is about regular people living life.”

Another black female writer is Stefani Robinson, a writer and producer on FX’s “Atlanta,” which returned for its second season on March 1. While the show’s characters are well-developed, “Atlanta” still began by centering on three men. It was Robinson’s co-writing that gave us a better understanding of the character Van (Zazie Beetz) and who she is beyond her relationship with Earn (Donald Glover). Following her success on “Atlanta,” Robinson has signed on as a writer and producer on FXX’s “Deadpool” animated series, which is scheduled to begin later this year.

The characters created by Shonda Rhimes, Issa Rae and many others have allowed audiences to further understand what it means to be a black woman in America.

Another series adding more diversity to the TV scene is “Star Trek: Discovery,” starring Sonequa Martin-Green. This continuation of the Star Trek franchise is set 10 years before the events of “Star Trek” (the original series) with Martin-Green’s character, Michael Burnham, as the center of the story. Burnham as a character is a trailblazer—she is the first black woman, and more broadly woman of color, to lead any Star Trek show. Black women in sci-fi are rare, and it is inspiring to know that this show exists and is boldly going where no other Star Trek series has gone before.

These shows demonstrate how important it is to also have black women behind the camera and in the writer’s room. Black women are layered and complex—and our stories should be told by us. “It’s been wonderful to see so many black women and girls get so many amazing roles on television,” says Constance Gibbs, writer at Time for Kids magazine, to America. “The most important part for me has been the ability to root for different kinds of black women characters, women who are more like me.” She adds: “There are many black girls on many shows and some are more like me than others, so I am feeling closer—but we’re not there yet—like I have a myriad of options of black girl characters to root for and identify with, and that’s really important.”

The characters created by Shonda Rhimes, Issa Rae and many others have allowed audiences to further understand what it means to be a black woman in America. It has also made black women in the United States felt seen. Jasmyn Lawson, a black social coordinator in Los Angeles, sees this as a hopeful moment. “There’s not just representation of black women but diversity within that representation,” Ms. Lawson tells America. “I love seeing black women who are so, ‘that’s so me’ and black women characters who are like others that I know. This moment in TV feels personal, and I hope it continues.” 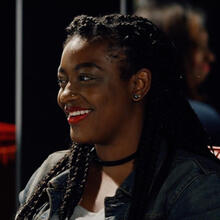 I like Scnadal series a lot. These women are contributing a lot to TV series. You can find all those series for free on your Android devices using Morpehus TV app.