‘The Rider’ reveals the sacred relationship between a horse and rider 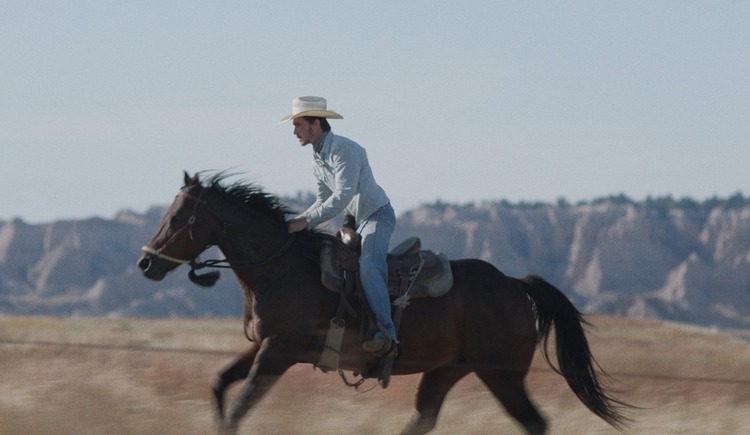 The acclaimed new film “The Rider,” about a young cowboy who sustained a traumatic brain injury while riding broncos in a rodeo, takes place on the Pine Ridge Indian reservation where I grew up and competed in rodeos.

My events were breakaway roping and barrel racing. I qualified for the Indian National Finals Rodeo among other competitions. Money and prizes didn’t hurt as motivation, but for me riding was always about more than that.

The connection the Lakota people have with horses is one of the strongest bonds one can have with the creatures of Tunkasila (God). When you look a horse in the eye, the connection is with the soul. It’s almost telepathic—you feel as if you know exactly what that horse is thinking and it knows exactly who you are. One of my favorite things to do when I’m with my horses is bury my head into their necks. The scent is unlike any other: it touches your heart and brings back so many memories it makes you want to cry.

The acclaimed new film takes place on the Pine Ridge Indian reservation where I grew up and competed in rodeos.

The main character in “The Rider,” Brady Blackburn, is played by Brady Jandreau, who though he is not an actor gave an amazing performance, and whose own story was the inspiration for the film’s plot.

Jandreau is a horse trainer and bronco rider from the Lower Brule reservation in South Dakota. He sustained a serious head injury when he was bucked off a horse, which then stepped on his head. He was in a coma for three days, now has a metal plate in his head and continues to suffer the effects of the injury. Many of the cowboys in the film are local Lakota people who perform in rodeos, which makes “The Rider” compelling and authentic. The film reflects that horses are a way of life for some of us.

I understand Brady’s strong desire to get back on his horse despite his trauma. When you are on the back of a horse you become whole. You and that horse have a relationship that cannot be broken. You feel that your whole purpose in life is to be on the back of the most sacred animal on earth. Your heart begins to race as you feel the horse glide across the prairie like skaters on ice. When you hear their hooves hit the ground like thunder on a hot summer night you begin to tremble, not because you are scared, but because a magnificent creature gives you its trust. When you are on the horse you lose all sense of reality and you become a free spirit that can take on anything life brings you.

When you are on the back of a horse you become whole.

Godfrey Cheshire, a reviewer at Roger Ebert, called “The Rider” the best movie he had seen so far this year, noting that while it has a rough-and-ready documentary quality, it also has “the mesmerizing force of the most confident cinematic poetry.” The L.A. Times called it “achingly beautiful.” The Rapid City Journal is published near Pine Ridge and would smell from a mile off inauthenticity about reservation life. It gave the film a glowing review and called director Chloé Zhao “a worthy successor” to Terrence Malick.

In addition to its technical brilliance, what I loved about the movie was that it reflected my own experience as a Lakota rider. You make a bond with an animal that has carried you on some of your greatest adventures, even if that adventures is finding out who you are. In the film, after his accident, Brady turns to his friends, a job in the grocery store and even hanging out in a bar to try to figure out who he is. It isn’t until he gets back onto the horse when he finds out that the horse and its spirit complete him.

Brady could not give up his love for horses and rode. Once he began the rodeo and horse life, and it was taken away, there was nothing that could fill the void in his heart. As a rider, you yearn for that bond, no matter whether the horse is trying to buck you off, or simply get you from point A to point B.

Once Brady was riding and training horses again, everything made more sense. The horse helped him find his way, as it does with a lot of horsemen. Being on a horse fills your heart with so much joy that the rest of your worries begin to melt away. Your mind becomes clear, and you finally find the answers you’ve been looking for. At the end of the day when the sun is beginning to send explosive purples and reds into the sky, you turn to the horse and thank it for the amazing moments that will stay in your heart forever. 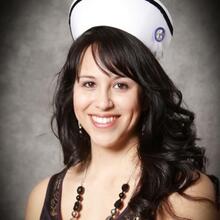 Kristin Weston is a graduate of Red Cloud Indian School and Creighton University. She now works as a nurse in Omaha.

Thank you for your insightful essay on the meaning behind the film. One of my best experiences as a young medical student at Creighton in the late 60's was a series of discussions I had with an elderly Lakota man. He discussed many things but the two that most spoke to me were on the relationship of the Lakota to the land and the Lakota sense of community, both imbued with a deep spirituality . I am now older than he was but I still remember his wisdom. Again, thank you for your essay.