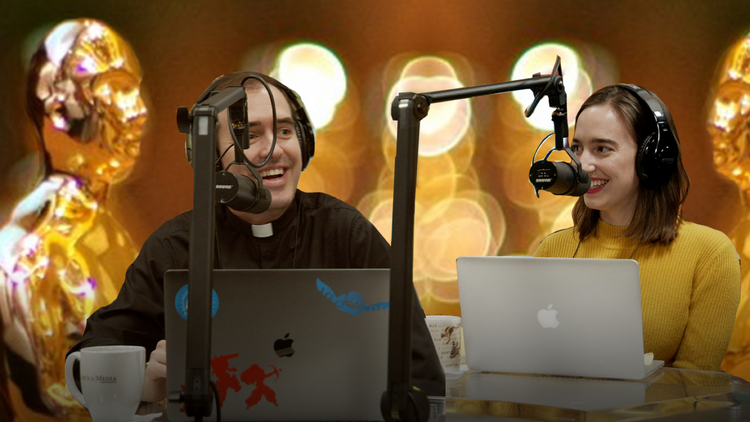 On Sunday, Feb. 24, 2019 the Academy of Motion Picture Arts and Sciences will award the highly coveted Oscar for Best Picture to one of eight nominees. This year’s field is wide open—no one really knows who will walk away with the golden statue. But don’t worry, we brought in our best experts to weigh in. Father Eric Sundrup sat down with John Anderson of the New York Film Critics Circle, our culture columnist Bill McGarvey, and Eloise Blondiau, a producer here at America, to discuss each of the best picture nominees.

For more of America’s coverage of the year’s best films check out these reviews below:

Olga Segura includes "BlackKklansman" in her roundup of movies that embraced diversity this year.

In “Why ‘Black Panther’ is the movie Hollywood—and America—needs” Daniel Jose Camacho writes that it complicates the personal morality of its characters and highlights larger political tensions at work.

In “Lady Gaga shines in a brilliant and intimate ‘A Star is Born’” John Anderson praises Lady Gaga’s performance as Ally, “She is endearingly natural, innocent, petulant, wary. She is real.”

John Anderson tackles one of the years more controversial films, “‘Bohemian Rhapsody’: A martyr’s tale for the classic rock set,” writing “for all its energy and uplift, it seems to be a movie in conflict with itself.”

To put it bluntly, John Anderson did not like “Vice.” On our podcast, he put it even more bluntly, “it’s an affront to good taste.” Read his full review of the film here: “War, Dick Cheney and U.S. politics take center stage in ‘Vice.’”

“Roma” is one we seemed to universally love here at America. John Anderson gushed over it his review, “‘Roma’ is a sumptuous tribute to a serene and holy caregiver.”

In “‘The Favourite’: a delicious period tale of women and power,” Anderson writes that Olivia Coleman’s Queen Anne is “something else, in every sense of the phrase. And so is “‘The Favourite.’”

I agree On how he was nominated Forex Trading

There shouldn't be much doubt about who will go away with the “Golden Statu” because something tells me that Lady Gaga might be the lucky one. She has been winning so many grammy awards.

Just saw The Wife. Glenn Close was amazing. She ordinarily doesn't get my vote for anything. This performance was memorable.