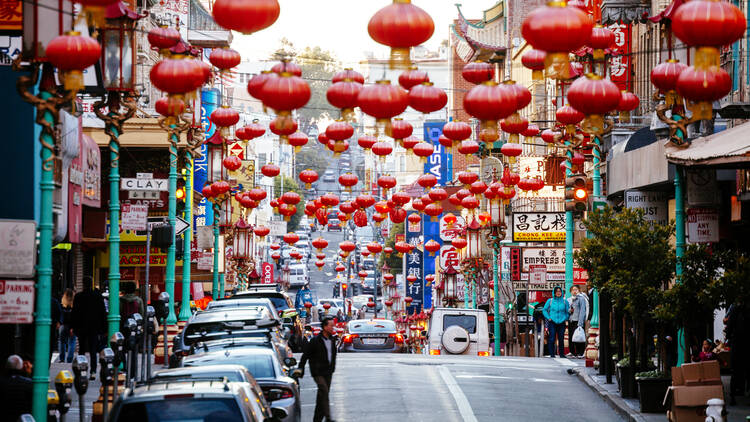 With her debut novel A River of Stars, journalist Vanessa Hua adds another tale to the complicated mythology of American immigration. Hua employs hard-earned knowledge of the Asian diaspora to tell a story that is contemporary and far-reaching in its settings and themes.

A River of Starsby Vanessa Hua

We meet Scarlett Chen, who finds herself under the care and captivity of an off-the-books house for pregnant Chinese mothers located just outside of Los Angeles. For a hefty fee, the staff of Pearl Bay will care for expectant mothers who are willing to sacrifice almost anything to give their child a shot at U.S. citizenship.

Hua crafts a dynamic and likeable character striving for a fulfilling life, surrounded by structural injustices both in China and the United States. In China, she is one of the country’s estimated 280 million migrant workers—forced from their rural homes by lack of opportunity to China’s exploding metropolises and factory towns. In Scarlett’s home village in Anhui Province, she watches her mother enforce China’s mandatory one-child policy by performing abortions on pregnant women—a fate Scarlett, who is pregnant out of wedlock, fears for her own child. Scarlett fears that the child’s father, a married man desperate for an heir—a son—may pull his support and haul her back to China if he finds out Scarlett is pregnant with a girl.

Scarlett escapes from Pearl Bay—with a pregnant teenage stowaway as her unexpected companion. Our protagonists land in San Francisco’s Chinatown, far into their pregnancies, with a stolen van and no money or documentation. Hua shows (even if she occasionally tells when she should show) what the indefatigable love of a parent will push a person to overcome.

It is not hard work nor following the rules that will grant you access to the American Dream. One thing will guarantee your participation: money—lots of money.

Reading Scarlett’s grueling journey reminded me of when President George W. Bush said to a single mother that her working three jobs was “uniquely American.” Escaping the injustices of her home country, Scarlett is faced with the structural failures of the U.S. economy and immigration system.

The immigrant story of triumph against all odds is lodged in our nation’s lore. It is close enough for us to nostalgically recall when we want to extol the hardworking bits, yet the difficult realities of it are far enough from our minds for us to ignore the immigrant’s plight today if we choose. But Hua reminds the reader that no matter how hard you work, our immigration system can and will still fail you. It is not hard work nor following the rules that will grant you access to the American Dream. You may stumble or fall into it, but only one thing will guarantee your participation: money—lots of money. Scarlett’s chances of permanent residency are saved only by a rich investor who pumps half a million dollars into her small business. Wealth becomes an unnamed character who is the novel’s deus ex machina.

Something made me feel ill at ease about reading such a happy ending in a period of family separations and mass deportations. Hua hints at this shameful reality in the epilogue: “The fate Scarlett had avoided, the fate so many suffered—detained, deported, parted from their children—sometimes winged over her, a shadow she had to outrun but would never forget.”

This article also appeared in print, under the headline “Motherhood, Against All Odds,” in the October 1, 2018, issue.

Zac Davis is an associate editor for digital strategy at America and a host of Jesuitical, a podcast for young Catholics.