The transactional apocalypse is coming. 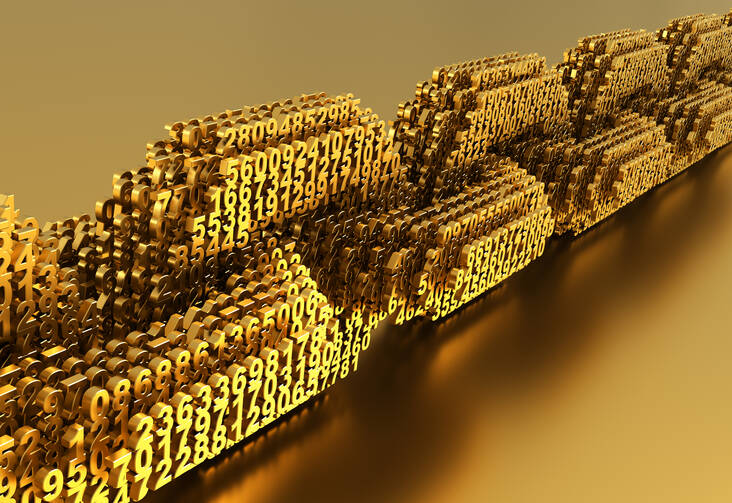 Here’s a claim, which I am not sure is true: The most seismic upheavals in human civilization have come from relinquishing the urge to control.

This may not always seem to be so. Feats of domination like agriculture, animal husbandry, sweatshops, slavery and monarchies have appeared to introduce efficiencies, despite their moral cost. Yet these eventually tend to become eclipsed by Ouija-board mechanics that work best when nobody is fully in charge: market economies and democratic politics, Wikipedia and Alibaba.com. Such invisible hands can integrate and process more precise information about supply, demand and trivial preferences than any philosopher-king possibly could. They are social computers, regardless of whether any digital device is involved.

The world’s ascendant political impulses nowadays revolve around the desire to claw back some control: over the impacts of globalized supply chains, over the flows of migration, over what other people do with their bodies. But what if we were instead to veer head-on into the invisible hands?

The most seismic upheavals in human civilization have come from relinquishing the urge to control.

Eric A. Posner, the University of Chicago Law School iconoclast, and E. Glen Weyl, a wunderkind researcher at Microsoft, suggest how to do so in Radical Markets: Uprooting Capitalism and Democracy for a Just Society. Their method: Identify a feature of society somehow exempt from maximally efficient social computation and remove the exemption. More precisely, they seek to replace entitlements with auctions.

The result is sure to horrify adherents of just about every familiar political persuasion. The first chapter, for instance, proposes nearly abolishing private property and instead regarding the things we once owned—from family farms to nail clippers—as perpetually for sale, with the bids starting at its present user’s self-assessed price. Since this price is also the basis on which the user owes taxes, there is an incentive not to charge too much or to become too attached to anything. Part of that tax, in turn, goes back in equal portions to every citizen as a dividend, greasing the general machine, squirting liquidity into the frictionless circulation of goods toward their most profitable use. This kind of auction is how Facebook ads and Uber drivers are allocated today. Why not everything else?

Next come the book’s ideas for democracy. Here, the problem is the one-person, one-vote logic that entitles citizens to more or less equal voice on questions that they are unequally suited to decide. One way Posner and Weyl propose to fix this: Put money even more directly into politics. If voters could pay for more votes on candidates or issues that matter most to them, passionate minorities could protect their interests from passive majorities. Paying for influence, meanwhile, would incline voters to put more thought into their choices.

This market for policies comes packaged with a “quadratic voting” system—quadratic because x dollars would buy the square root of x votes, ensuring that higher spending produces diminishing returns. (The authors’ company, Collective Decision Engines, has patented and deployed such systems.) Unlike our present arrangement, in which political money flows to ad brokers and consultants, the benefits of political spending would flow back to everyone in the aforementioned universal dividend.

Such an auction, Posner and Weyl contend, is bent not toward the highest bidder but toward compromise. Paraphrasing their favorite economist, William Vickrey, they seek markets in which “each individual must pay an amount equal to the cost that her actions impose on others.” The common good arises not from philanthropy but from reciprocity.

Where else might such radical markets take hold? One chapter proposes a liberalized immigration system based on a kind of indentured servitude to working-class Americans. Another involves antitrust action against institutional investors, and another suggests compelling networked platforms like Facebook to pay people for their data. Eventually, the authors expect, such markets will become an ever more automated affair, curated for us by artificial intelligence.

If nothing else, this book is a reminder of how far from sober rationality American government has come.

At a time when U.S. politics chews relentlessly on stale ideologies left over from the Cold War, the originality and ambition of these ideas make for refreshing science fiction. Like good scientists, Posner and Weyl stress the need for testing and evaluation. Yet what makes their proposals seem especially fictional nowadays is the presumption of a functioning technocracy in search of evidence-based, win-win solutions to common problems. If nothing else, this book is a reminder of how far from sober rationality American government has come.

Then again, maybe enlightened government is no longer necessary.

The pseudonymous creator of Bitcoin, Satoshi Nakamoto, first announced the digital currency system in early 2009 by describing it as “completely decentralized with no server or central authority.” Currencies have nearly always depended on issuing authorities—typically, governments. With Bitcoin, networked users could create money of their own, and it could be worth something; the total value of the network last peaked in December at over $300 billion.

Primavera De Filippi was among the first scholars to take seriously the social consequences of Bitcoin-like “blockchain” technology, starting with a lecture in April 2014 at Harvard, where she is a research fellow. In it she described Ethereum—then little more than a white paper, now a network worth tens of billions of dollars—which proposed to do for computation in general what Bitcoin had done for money; its virtual “smart contracts” could extend or replace existing legal regimes, enacting workflows and even entire corporations with no official sanction other than their underlying code and the value in the accompanying currency system. In Blockchain and the Law, De Filippi and Yeshiva University law professor Aaron Wright write that “technical rules could increasingly assume the same role and functionality as legal rules.”

A moral education in the Bitcoin boom
Nathan Schneider

The hundreds of blockchain-based systems presently gaining adoption propose to take over such tasks as social media networks, corporate governance, file storage, land titles and a variety of financial transactions. Typically, this means taking a service once provided through cumbersome human institutions and transferring it to self-executing code.

For instance, a blockchain-based land registry, combined with a blockchain-based auction platform, could approximate Posner and Weyl’s plan for private property. This would have to start on an opt-in basis rather than by legal fiat, but the lower real estate prices resulting from market dynamism could make it enticing to opt in. If quadratic voting on a blockchain were practiced alongside a corrupt regime’s sham elections, it could gain greater legitimacy than the official results and eventually replace them.

Teenagers can now split restaurant checks down to the cent with the payment app Venmo, rather than approximating with whatever cash they have on hand. Imprecision has a social function because the knowledge that we all probably owe each other can be a bond and a source of mutual trust. But as blockchain contracts become ever easier to create and deploy, we may find ourselves in a world where the imprecision of interpersonal trust seems obsolete compared to easy, ubiquitous digital transactions. This is already happening. The more that Bitcoin and other blockchain systems gain market value, the more coders can be paid to make markets for as-yet market-poor territories of our lives.

As blockchain contracts become ever easier to create and deploy, we may find ourselves in a world where the imprecision of interpersonal trust seems obsolete.

De Filippi and Wright offer neither a jeremiad nor a gospel; unlike the breathlessness that pervades much writing on blockchain technology, they stick to sensibleness and sobriety. They outline the challenges that blockchains pose to law as we know it, pointing out some areas for adaptive policy reform. Yet the shift they augur is no less than a transfer of law’s behavior-shaping work from the domain of representative government to whatever software protocols happen to catch on.

Sometimes when we submit to forces beyond our control, it means we have less to worry about. Mechanized agriculture frees vast swaths of humanity for other kinds of productivity. Globalized markets furnish such endless varieties of goods that no national bureaucracy could ever plan or imagine them. Yet these same forces have also decimated ways of life and livelihoods, forcing people from subsistence-level existence in villages to slum poverty in cities. People suffer not because anyone wants them to but because the markets that others benefit from demand it.

Aristotle regarded economics as a peripheral discipline of aristocratic estate management, ancillary to the public business of politics and philosophy. Now it is the overriding political obsession. For how long? “Star Trek” creator Gene Roddenberry imagined a future of abundance in which economics once again fades from day-to-day view. The economy, in principle, could just hum in the background for most people, like tap water and the polio vaccine, and we could turn our attention to other matters.

Maybe automated markets taking hold in ever more realms of our lives could distribute goods so efficiently that we would no longer notice scarcity. Economics might become uninteresting again. But radical markets also run the likelier risk of further conforming human life to the rote, cruel mechanics of calculation. As markets spread, they can obscure other means of determining value. One way or another, a transactional apocalypse is at hand.

This article also appeared in print, under the headline “Awaiting the Transactional Apocalypse,” in the May 28, 2018, issue.