What would Pope Leo XIII think of Bitcoin and blockchain? 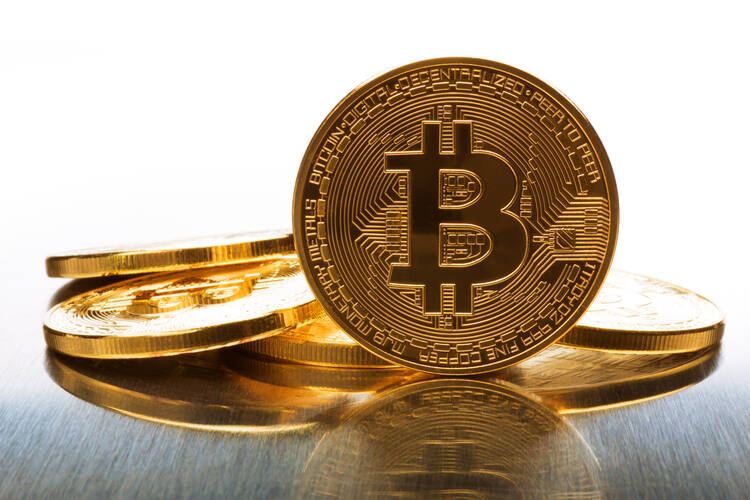 Odd things happen when the longings of a visionary fringe turn into reality. I should have started reporting on Bitcoin and the “blockchain” technology underlying it back in 2012 when an Occupy Wall Street activist tried to convince me that the real action was less in protest than in this new, open-source currency. When I finally did get sucked into the blockchain universe (you can find a good explanation of the system here) two years later, enthusiasts were still promising that their technology would spell the end of big banks and the Federal Reserve. It would “decentralize everything.”

Now, lots of those same people are working for those same banks, taking their cues from even hints of regulation from the Fed. (The Occupy activist is running for New York Public Advocate on an open-data platform.) If I had bought $1 worth of Bitcoin in 2012 it would be worth more than $800 now, and the network has concentrated more than dollars. Somehow, even the most decentralized technology does not guarantee decentralized outcomes. Somehow, human intentions and social behavior continue to matter.

It is true that Bitcoin represents a technical marvel. Thanks to a mix of cryptographic math and game theory, in 2009, its pseudonymous inventor figured out how to create a “distributed ledger”—a secure database shared among the users of a network, not held by any central authority. This digital cash can be hoarded or transacted without the need for banks. It has spawned black markets,acts of altruism and hundreds of new currencies. And it makes possible much more than financial transactions.

In early 2014 I first learned about Ethereum—then just an idea, now a $30 billion economy. It takes that transparent, secure database behind Bitcoin and allows it to be filled with more interesting data than just transactions. Walmart is using it to track global supply chains; startups are using it to design their own “initial coin offerings,” a little-regulated mix between crowdfunding and a stock offering. These are the early days, but signs suggest that, once again, to those who already have, more will be given.

Signs suggest that, once again, to those who already have, more will be given.

Decentralization is an old dream for computer visionaries. Apple marketed its early devices with the promise of untethering ordinary users from big corporate mainframes. Then the internet came along with the promise that anyone could spin up a blog and become a publisher or start an online shop and become a business owner. The internet’s most basic technologies—TCP/IP, HTTP, email and the like—were designed with “peer-to-peer” interactions in mind.

What do we use those protocols for today, by and large? Centralized Google search and Gmail, centralized Facebook networks, centralized clouds that make the mainframes of yore look like pocket calculators. World Wide Web inventor Tim Berners-Lee saw the need to convene a Decentralized Web Summit last year in the hope of re-decentralizing his creation.

No matter how democratic a technology is, capitalism seems to find ways of making gobs of money by re-centralizing how it gets used.

Techies are not the only ones who dream of decentralization. It is written into the U.S. Constitution, which defers authority to state and local control unless otherwise specified. It was in the economic preaching of early presidents from Jefferson to Lincoln, who envisioned an economy made up of independent producers and family businesses. It is the animating principle of distributism, the philosophy that Catholic social teaching offered to humanize the Industrial Revolution, a philosophy claimed by inheritors today from House Majority Leader Paul Ryan to Catholic Workers to Pope Francis.

No matter how democratic a technology is, capitalism seems to find ways of making gobs of money.

This old philosophy might have something to offer, again, for those rushing to adopt new technology like blockchains. The font from which Catholic distributism comes is “Rerum Novarum,” the 1891 encyclical of Pope Leo XIII. It was clear by then that markets alone would not deliver justice. “The law,” he wrote, “should favor ownership, and its policy should be to induce as many as possible of the people to become owners.” References to Pope Leo are reappearing in places as unlikely as the latest book by the eminent media critic (and Jewish thinker) Douglas Rushkoff.

With each onslaught of controversy over what our digital future is becoming—with near-monopolies profiting from foreign election meddling, with corporate and government surveillance as a basic business model—we would do well to ask the questions of ownership that these companies’ bewildering terms of service serve to obfuscate. Conveniences and other wonders aside, ask: Do they “induce as many as possible of the people to become owners”?

This November in New York I will be co-organizing the third annual conference on “platform cooperativism”—a vision for a distributist internet and a network of startups that are trying to make it a reality. They are posing those questions of ownership in fields like artificial intelligence, antitrust law, labor and finance. They are also coming up with alternatives that would make the old distributists proud.

Contrivances like blockchains are hard to comprehend in 2017; imagine trying to explain Ethereum to Pope Leo. Still, this and other technologies can, at least in principle, help answer his call for more widespread forms of ownership. Less clear is whether people will actually use them to deliver distributions of opportunities and outcomes more equitable than what we have.

So far the machines seem to be enjoying their distributism while the actual people get oligopoly. If that is what the urge to decentralize everything amounts to, it is not enough.

Nathan Schneider is a reporter and professor of media studies at the University of Colorado, Boulder, as well as a contributing writer for America.