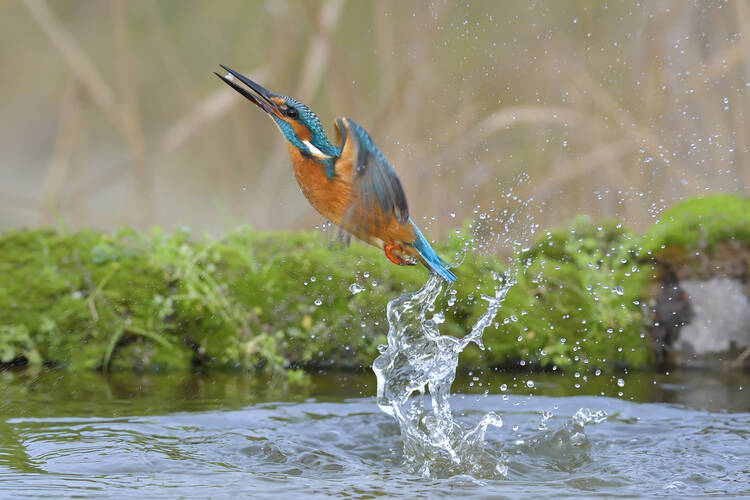 This book is both timely and original. It is timely because 2018 is the centennial of the publication of Hopkins’ first book, and original because it focuses on Hopkins’ texts more than on commentary, and because the texts are so varied—poems, letters, journals, sermons and spiritual writings. The Gospel in Gerard Manley Hopkins, edited by Margaret R. Ellsberg of Barnard College, offers insight into Hopkins’ view of the world, into his mind and how he thinks, and into his relationship with God.

In Part 1, Ellsberg begins to weave a net of biography that links the later parts and forms the heart of the book. Part 2, “Christ Calls,” covers Hopkins’ Oxford and early Jesuit years (1863–76), offering poems, letters and journal entries. The poems deal with the Eucharist, his sins, his love of God and his call to reject the world and give his life to God. His letters worry that life is trivial (yet the Incarnation brings hope), deal with his conversion from the Church of England to the Catholic Church, and record his parents’ reaction to his conversion. He also worries that England has grown too wealthy and ignores the working class. His journals record glimpses of nature—birds, trees, stars—and a nightmare, a Jesuit retreat, his thoughts on poetical language, on “inscape” (a person’s or thing’s shape and selfhood) and on much else. The reader thus enters directly inside Hopkins’ head.

Hopkins's early poems deal with the Eucharist, his sins, his love of God and his call to reject the world and give his life to God.

Part 3, “Reckoning with the Wreck,” prints his first poem of genius, “The Wreck of the Deutschland” (1875-76), plus six letters to his poet-friend Robert Bridges (“My verse is less to be read than heard”) and to an old teacher, R.W. Dixon, on topics ranging from fame, to poetic “sprung rhythm,” and to hesitations about publishing his poems.

Part 4, “What I Do Is Me,” offers poems, letters, sermons and spiritual writings (1877-1883). The poems include the great Welsh sonnets “God’s Grandeur,” “The Starlight Night,” “Spring,” “The Windhover,” “Pied Beauty,” “As kingfishers catch fire” and “Hurrahing in Harvest” (all celebrating nature and nature’s God), “The Loss of the Eurydice” (another shipwreck poem), “The May Magnificat” (about the Virgin Mary), “Binsey Poplars,” “Inversnaid” and “Ribblesdale” (environmental poems about trees and greenery and pollution), poems on his personal heroes (“Duns Scotus’s Oxford,” “Henry Purcell”) and poems about parishioners (“The Bugler Boy’s First Communion,” “Spring and Fall”). Eleven letters to Bridges and Dixon discuss poetry, beauty, a cuckoo’s song, a Corpus Christi procession, Walt Whitman, Hopkins’ own weariness, Christ’s self-understanding as a human, Hopkins’ frequent changes of assignment (he calls himself “Fortune’s football”) and the weather. Fifteen sermons, preached in Wales, Oxford, Bedford Leigh, and Liverpool, present Christ as king, healer, hero, and “the greatest genius that ever lived,” the Holy Ghost as a cricket player cheering on a teammate, and St. Peter as a “doorkeeper.” His spiritual writings and retreat notes reflect on human “selving” and selfhood, praise of God, prayer, becoming worthy of God—“godworthiness”—and how he “earnestly asked our Lord to watch over my compositions.”

Some of Hopkins's later poems celebrate workmen, a Jesuit saint, and every human as an “immortal diamond.”

Part 5, “Wrestling with God,” treats Hopkins’ years in Dublin (1844-89) as professor of Greek and Latin literature at the Jesuits’ University College, years of both friendship and loneliness which brought months of depression in 1885, then recovery, then his death from typhoid in 1889, seven weeks before his forty-fifth birthday. Poems brilliantly describe his psychological anguish—“I wake and feel the fell of dark, not day,” “No worst, there is none,” “Carrion Comfort”—until others record his growing peace: “Patience, hard thing!” and “My own heart let me more have pity on.” Three poems celebrate workmen, a Jesuit saint, and every human as an “immortal diamond.” Two final poems—one addressed to God, the other to Robert Bridges—lament his loss of poetic creativity.

Hopkins’ last letters discuss poetic experiments, record his “languishment of body and mind” and “fits of sadness,” but also affirm how a man who “has denied himself and followed Christ...does receive from God a special guidance, a more particular providence.” As for valuing his writings, “if I do myself, much more does our Lord.” And he assures his mother that, even in sickness, “I am the placidest man in the world.” His “Devotional Writings” record an Ignatian retreat in early 1889 where he reflects, “I am now forty-four. I do not waver in my allegiance; I never have since my conversion to the Church,” but “What is my wretched life? ... All my undertakings miscarry: I am like a straining eunuch.” Yet “there is a happiness, hope, the anticipation of happiness hereafter,” and “my life is determined by the Incarnation [of Christ] down to most of the details of the day.” Reflecting on how the world was created “to give him [God] praise, reverence, and service: to give him glory,” he concludes, “I WAS MADE FOR THIS, each one of us was made for this.”

This book offers fresh insights into the great Jesuit and Catholic poet who so dearly loved God and God’s creations, and who sang of them with glee.

The unifying factor in all this, Margaret Ellsberg’s biography, is detailed, helpful and well done, though a few errors appear: a misspelled name (the scholar “Lesley Higgins” is “Leslie”), word-confusion (“to pursue the theologate” instead of “theology”), forgotten scholars (W.H. Gardner is called a “great editor,” while the later and greater Norman H. MacKenzie and Catherine Phillips go unmentioned), factual errors (Dublin’s Glasnevin Cemetery is not a “Catholic” cemetery) and unfairly dark views of Jesuit life (“the tight constraints of the Jesuit order,” Hopkins as a “scrupulous obedient servant of his insensitive superiors”).

But enough negativity. I gladly recommend this book. It will help readers meet Hopkins directly and through his own words, and offers fresh insights into the great Jesuit and Catholic poet who so dearly loved God and God’s creations, and who sang of them with glee.

This article also appeared in print, under the headline “The feel of a newer self,” in the February 5, 2018, issue.

Joseph J. Feeney, S.J., is Emeritus Professor of English at Saint Joseph’s University, author of The Playfulness of Gerard Manley Hopkins, and Co-Editor of The Hopkins Quarterly.