A theologian of unmatched influence 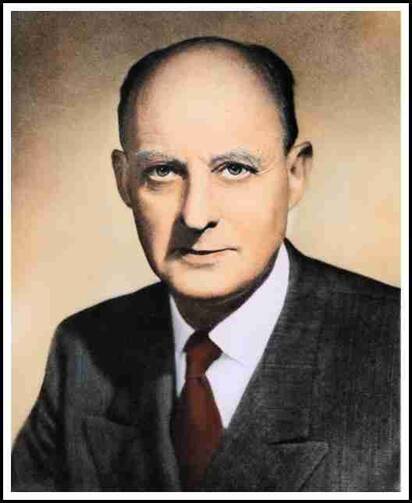 The title of this book is both modest and accurate. While Reinhold Niebuhr had worldwide influence and dealt with global problems, his orientation was American and his impact reflected response to his conscience. Among the theological giants who are mentioned late in this book are his friends Rabbi Abraham Joshua Heschel and Jesuit Father John Courtney Murray, also scholars and shapers of culture who spoke from their respective communities to the larger social scene. That any of these three figures, or their slightly less influential counterparts, could be faithful to their own traditions and never wishy-washy within a pluralist society is evident in the written legacies of their long careers.

Niebuhr and his peers would have been bored by the mere “spirituality” of the “nones” who today drift apart from communities and who are embarrassed by recognizable signposts of commitment. They knew their texts; they mined and exegeted them to inform and often to energize fellow citizens. But the wider and wilder pluralism of America today makes it difficult for theologians to develop credible voices and responsive audiences. The vast library of “Niebuhriana” can intimidate newcomers who might want to use this theologian to help them find order in the present crisis. This book and an accompanying film offer clarity.

The vast library of “Niebuhriana” can intimidate newcomers who might want to use this theologian to help them find order in the present crisis. This book and an accompanying film offer clarity.

The backstory to this book features filmmaker Martin Doblmeier, acclaimed for his films on the German theologian Dietrich Bonhoeffer and other religious figures and themes. He was called upon by Boise State professor Andrew Finstuen, who had treated evangelist Billy Graham and other religious figures, to come up with a way to deal with Niebuhr and his conscience. Onto that scene came author Jeremy Sabella, who corralled other scholars of note to produce this book, which accompanies a film being shown on PBS this spring.

Ethicist Robin Lovin builds confidence in the book through his foreword, wherein he properly calls this a “thoughtful introduction to Christian ethics, 20th century theology, and American religious life” and sees a long future for its influence. But it may not enter the classic canon of Niebuhrian scholarship, given the almost sprawling scope of its aims and inclusions. Its format can also produce some confusion, since it relies on interviews with figures as different as columnist David Brooks, ethicist Lisa Sowle Cahill, Jewish studies expert Susanna Heschel, politician Andrew Young, and former President Jimmy Carter. Still, Sabella makes good unifying use of the concept of “conscience” to approach Niebuhr.

I wrote this review treating the book without reference to the film, judging that the book must stand on its own, and this it appears to do. It would be a delight now to hear the interviewees in conversation with each other, since they could press each other to define “conscience” in these times of chaos where it is in short supply. They could also discuss how one individual could contain all these ethically complicated universes.

What strikes me is how “Niebuhrian” were the approaches to highly divergent stimuli, at home as they are with paradoxes, contradictions and change.

What strikes me is how “Niebuhrian” were the approaches to highly divergent stimuli, at home as they are with paradoxes, contradictions and change. They recognize that while Niebuhr grew, he was able to change his mind, and while he had to deal with contrarieties, he relied on the basics that he received in a Missouri parsonage, tried out in a 12-year pastorate in the then-booming Detroit of the 1920s, and tested in so much that followed at Union Seminary in New York, America as a whole and in international affairs. Indices to the many books by and about Niebuhr offer a Who’s Who of diplomats, scholars, critics and listeners to his prophetic preaching and critical lectures.

In his first years in the theologian-ethicist profession and calling, Niebuhr reflected the influence of the early 20th-century liberal Protestant Social Gospel. When the Depression came, he found this optimistic vision to be pale and wan, and he developed what often came to be called Realism—which carries its own flavor when it is accompanied by a nominal adjective, “Niebuhrian Realism.” Niebuhr also favored certain kinds of socialism but came to be a seasoned critic of communism, and he provided theological insight when the nation had to confront it in its Soviet version. Pacifism was alluring to many Protestant clergy, but Niebuhr found it impotent when it came time to face off against totalitarian aggressive forms. Change he did, in conscience.

Sabella briefly, but with telling insight and choice of events, provides some welcome comment on Reinhold’s life with his beloved wife Ursula, the gifted British émigré. A warm family life—there were two children—and creative colleagues helped the theologian keep his own counsels amid the beguilements that came with fame and an overburdened schedule. Then, in mid-career, felled and slowed by a stroke, he somehow kept going and growing, as recounted in Sabella’s book by Niebuhr’s daughter, Elisabeth Sifton. We are reminded here once again that the expression of conscience relates to the deepest, most enduring dimensions of human life and community. Niebuhr endures, and Doblmeier and Sabella will help new generations profit from the career and vocation of this exemplary preacher-professor-citizen.

Martin E. Marty is a distinguished professor of the history of Christianity at the University of Chicago.