St. Ignatius, the Jesuits and the pope: a close and complex history 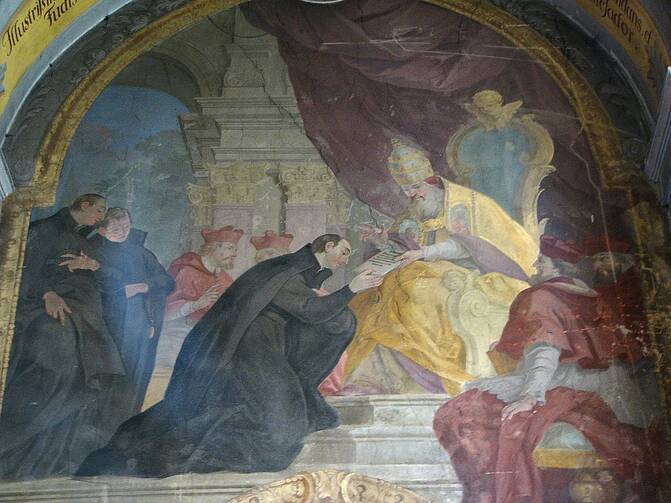 Pierre Emonet’s biography of Ignatius of Loyola and John W. O’Malley’s overview of Jesuit-papal relations are sterling examples of how richly informative well-crafted brief volumes can be.

Emonet’s text aims to reveal the Ignatius whom bias, agendas and ideology have too often distorted and misrepresented. In 19 mini-chapters, Emonet deftly etches Loyola’s confoundingly complex character while capturing the marrow of Ignatius' transformation from worldly minded glory-seeker to ascetic discoverer of an innovative spirituality and founder of arguably the most influential religious order within Christianity.

The Jesuits and the Popes by John W. O’Malley, S.J.

Ignatius, who was born Íñigo López de Loyola, grew up a beneficiary of feudal networks of patronage and indulger of the most traditional military and courtly aspirations. That pathway to fame and riches terminated abruptly on Pentecost Monday, May 20, 1521, when, defending the fortress at Pamplona, he was struck by a French cannon ball, which rendered him permanently hors de combat—at least on the military front. Well known is the story of Iñígo’s forced reading of two spiritual classics, which brought his imagination into the world of the sacred. For a time, godly and saintly feats vied with his traditional chivalric ones. Gradually they became for Iñigo his first experience of the discernment of spirits; later at Manresa the latter served as catalyst for the Spiritual Exercises, the document that became the animating source of the Society of Jesus.

The search for God’s will, facilitated by mystical visions, brought Ignatius to the Holy Land to meditate on Christ in his footsteps. Gradually came the notion of the man for others as the best way to serve him. In Spain and France for the studies essential to the realization of his new vision, Ignatius, through evangelizing, attracted a community of like-minded companions. In August of 1534 they took vows of poverty and chastity, with the intent of converting Muslims in the Holy Land.

When wars in the region foreclosed that goal, Ignatius and the others headed to Rome to determine God’s will. Months of deliberation produced the decision to form a religious order, a very untraditional one with no central monastery, no distinctive habit, no mandated choir for the recitation of the office and no communal penances.—all this to preserve what was essential to the members’ ministry: mobility and availability.

Securing papal sanction proved difficult. Ignatius’ persistence and the pressure of powerful friends finally brought Pope Paul III’s formal approval in late September 1540. His last 18 years were spent in Rome communicating with Jesuits on mission on four continents, from Europe to Asia to the Americas, while he worked at refining the Constitutions of the Society of Jesus. He died in 1556 with them yet unfinished, befitting a text meant to be a living document, ever being adjusted according to the changing experience of the group. The order that had begun as a handful of companions in Paris had grown to a worldwide body numbering more than 1,000 members with more than 100 colleges and institutions.

The relationship between the Jesuits and the popes has had far-reaching consequences for the church over the centuries.

In a volume scarcely longer than 100 pages, John W. O’Malley, the dean of Jesuit historical studies, has provided a tour de force treatment of the relationship between the Jesuits and the popes, which had far-reaching consequences for the church over the centuries.

Given the extraordinary international composition of its founding group, the Jesuit order developed an unprecedented cosmopolitan concept of mission. Travel, not stability, became the way of life for Jesuits ready to serve Christ “in ten thousand places.” With the world itself as their apostolic field, the Jesuits looked to the authority best situated to choose their missions. So was born a vow distinct to this new order: one of obedience to the pope. That special vow proved significant mainly for its symbolic value, a value that was magnified in 1550, when the Society enlarged its central purpose by adding “defense” [of the church] to “the propagation of the faith,” at a time when the pontiff was increasingly identified with the church.

The Society, at its founding, had a very supportive pope, Paul III. Not so with his successor, Paul IV. Paul’s antipathy to Spaniards, very much including Ignatius, led to his failed effort to control the election of Ignatius’ successor and limit the superior general’s term from life to three years. Gregory XIII, by contrast, became a patron extraordinaire for the Society’s educational centerpieces in Rome: the Roman, German and English Colleges.

A new crisis arose in 1586 when a dissident band of Spanish Jesuits with Jewish or Moorish origins successively persuaded Popes Sixtus V and Clement VIII to intervene in the workings of the Society to effect radical changes. That effort eventually backfired on the dissidents. Decree 52 of the Fifth General Congregation prohibited the future admission into the Society of “those who are of the Hebrew or Saracen races,” a rule that would taint the Society until its removal in 1946 in the wake of the Holocaust.

Through most of the 17th century, controversial issues at times caused popes to interfere in the governance of the Society, but with no permanent damage. The Chinese rites controversy initiated an anti-Jesuit campaign that reached its full force under the devious leadership of the Portuguese prime minister, the Marquis de Pombal, who systematically demonized the Jesuits in his country to rationalize their expulsion in 1759. Pombal’s success energized the Society’s enemies in France to bring about its banishment there. Belatedly Pope Clement XIII tried to counteract the suppressions, but his efforts fell like a tree in a deserted forest. Spain fell into the suppression line in 1767, with the expulsion of all Jesuits from its far-flung empire.

Finally there came the demand from the Bourbon governments that the pope make the suppression of the Society universal. Clement refused, only to die of a heart attack a few days later, in February 1769. In the ensuing conclave, Bourbon agents brazenly lobbied the supposedly isolated cardinals. After 185 voting sessions the Bourbons finally got their man, the compliant Giovanni Vincenzo Ganganelli. The increasingly paranoid pope delayed more than three years but finally was pressured into signing the brief of suppression. The Jesuits, who in 1750 boasted a membership of 22,500, with over 700 educational institutions, had disappeared canonically.

But not in fact. Jesuits survived in Prussia and Russia, thanks to rulers who prized their schools, and to Clement XIV’s successor, Pius VI, who in 1775 signaled the Jesuits in Russia that their survival did not displease him. A novitiate founded by Catherine the Great ensured the future of this remnant of the Society. Then in 1801 came formal papal recognition of the Society with Pius VII’s brief, “Catholicae Fidei.” And a full restoration arrived in 1814 with Napoleon’s defeat.

The restored Society enjoyed a closer relationship with the papacy over the ensuing two centuries than it had ever known before the Suppression. Jesuits identified with the papacy to a much greater extent; Pius VII came to be regarded as the second founder of the Society. The incorporation of so many Jesuits into the enlarged and centralized papal curia strengthened the bonds. As the pope became the epitome of stability and the old order, the Jesuits took their stand squarely with the pope.

By the time Gregory XVI succeeded Leo XII in 1829, the Jesuit superior general, Jan Roothaan, was meeting weekly with the pontiff. Individual Jesuits were significantly involved in the promulgation of the dogma of the Immaculate Conception and in the decrees of the First Vatican Council. The opinion journal La Civiltà Cattolica (1850) became a semi-official organ of the Holy See. In the 20th century the Pontifical Biblical Institute and the Vatican Radio were both given to the management of the Jesuits. Symbolic of this unprecedented collaboration was the location of the new Jesuit curia in the 1930s, virtually cheek-by-jowl with St. Peter’s Square.

Jesuits played key roles in the development of the central documents that the Second Vatican Council produced.

Jesuits played key roles in the development of the central documents that the Second Vatican Council produced. The 31st General Congregation (1965-66) deliberated over the implications of the council for the life and work of the Society and chose a new superior general, Pedro Arrupe. Reactionary elements within the church did not take happily to the social justice direction that the congregation had set for the Society. Some in the Vatican smelled Marxism.

In 1981 Pedro Arrupe suffered a seriously impairing stroke. Father Arrupe designated a ''vicar general" to govern the Society until a general congregation could be called to elect an official successor. For the first time in the restored Society, the pope intervened. There would be no general congregation. He was appointing his own delegate, a Jesuit, to provide interim leadership for the Society. Some saw this as the beginning of another suppression. Many more saw it as papal usurpation and the end of the Society’s traditional limited autonomy. It proved not to be any of that. In 1983 the pope, feeling much better about the Society, not only permitted the 33rd General Congregation to meet but made a personal appearance.

Relations resumed their cordial character over the next three decades. Then the great papal stunner of 2013: the election of Jorge Mario Bergoglio as Francis I. For the first time in the church’s long history, a Jesuit had become pope. Even with a Jesuit in Peter’s chair, the Jesuits and the pope remain a very distinctive duality.

CORRECTION, April 18. After he suffered a stroke, Father Pedro Arrupe designated one of his vicar generals as interim leader of the Society; the original version of this story stated that the staff of the Jesuit Curia designated a leader after invoking the Society's Constitutions.

This article also appeared in print, under the headline “St. Ignatius, the Jesuits and the pope: a close and complex history,” in the May 1, 2017, issue. 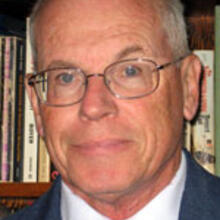 Robert Emmett Curran is a professor emeritus of history at Georgetown University.