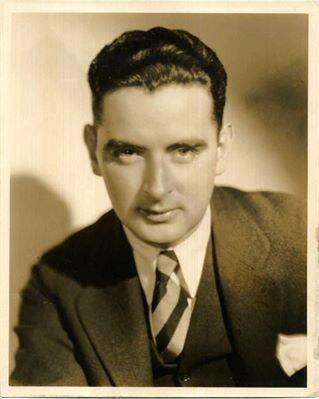 In her preface to the recent reissue of Myles Connolly’s Mr. Blue by Cluny Classics, Mary Connolly Breiner, his daughter, poses two immediate challenges to a reader of the novel (let alone a reviewer). First is her assertion that Pope Francis (Pope Francis!) would love the character of Blue (imagining them as “true brothers in spirit”). Second is that the novel’s tale of Christian/spiritual self-sacrifice competing against the forces of selfish, “business world” materialism is a competition that threatens the world’s very soul. Choosing the easier of the two challenges, I will address the latter claim of relevance and answer with a definite yes. Close to 90 years after its publication, Mr. Blue speaks directly to matters of personal and collective importance. The book is concerned with individual responsibility and the role of religion and faith in a world that appears to be either godless or one in which the voices of competing gods (charity versus economic success, say) incite conflict rather than build community.

For those unfamiliar with the book, Mr. Blue chronicles the life of a young idealist and iconoclast—the eponymous Blue—and is told through the eyes of a narrator, a man who values business and plans to succeed in it and who, upon meeting Blue, describes him as a “sort of gay, young, and gallant monk without an order.” Exploring the world of the “big city” (two big cities, actually: New York and Boston), the tale describes Blue’s pilgrimage among the cosmopolitan rich and working class poor. Our narrator meets Blue in the strangest of places: the roof of a midtown Manhattan skyscraper, where Blue has convinced the building manager to let him live. He is invited to join Blue at a party for “friends” he has met in the city, including working-class African-Americans and immigrants with whom he feels a kinship. Our narrator finds a man jumping up and down on the ledge of a 30-story building, extolling the spiritual virtues of his “home” above the streets and sharing a vision in which people of all circumstance, race and creed can live together.

Immediately struck by Blue’s “strange” concern with the “religious aspects of life” in an “age and generation” apparently no longer interested in such considerations, the narrator vows to keep close tabs on his new friend. This initial encounter is followed by a series of meetings, in which the narrator and Blue—who has been alternating in circumstances rich and poor—discuss the meaning and purpose of life. Ultimately, as the narrator and reader learn, Blue decides to forego material success and live among the less fortunate. He plans to spread a gospel of love and good works, not in the “gloomy pile” of bricks in a church, but among the people. This is where our narrator finds Blue and where, in an apocalyptic scene, the novel draws to a close.

From an academic perspective, Stephen Mirarchi’s introduction provides a valuable history of the novel’s popular and critical reception. Indeed, his description of the ebb and flow of the book’s print record is itself useful as a reminder of Catholic educational tastes since the novel’s debut in 1928. Mirarchi’s explanation of the parallels and contrasts Connolly himself sought between Mr. Blue and F. Scott Fitzgerald’s The Great Gatsby (published in 1925) is especially interesting in its comparison of Gatsby’s increasing isolation and despair as material things prove empty and ultimately deadly to him, body and soul, with Mr. Blue’s rejection of material riches and embrace of “Lady Poverty” as an instructive, necessary and demanding guide of suffering as love. Particularly enlightening is the connection Mirarchi makes between Fitzgerald’s and Connolly’s use of red, white and blue symbolism, which Connolly turns into Christian allegory.

Connolly moves quickly through set pieces. Take Blue’s planned movie of a dystopian world where a man named White (identified in the story as No. 2,757,331, signifying the “vault” in which he was imprisoned) becomes Father White, a new messiah who leads a spiritual awakening against a modern totalitarian regime. The novel works best in context, in its relation to other classic works and genres (Orwell’s 1984, for example). Connolly’s prescience about the lessening attention to the printed word is also important to note and another example of the novel’s relevance. Blue’s argument about the power of images speaks to the Snapchat/Twitter age as much as it did to Connolly and others, who saw movies as the next revolution: “No printed word shall wring the new masses as did the printed words in the past. They have not the time for the printed word...the printed word is too common to be any longer compelling and too slow to be any longer dynamic. If you want to reach the masses you can reach them through pictures.”

From literary and pedagogical standpoints, there is value, too, in reading Mr. Blue in relation not just to Gatsby but to two later mid-century literary figures: Flannery O’Connor’s Hazel Motes and Ralph Ellison’s Invisible Man, whose chosen isolation and alienation—like Blue’s—are meant to force readers to question their own actions and values as much as the characters’. Like O’Connor and Ellison’s characters, Connolly’s Blue does not seek a large audience for his preaching. Blue, however, loves his converts, while O’Connor’s Motes mockingly demands distance from his congregation. “If Jesus had redeemed you, what difference would it make to you?” Motes says. “You wouldn’t do nothing about it.... What you need is something to take the place of Jesus, something that would speak plain, The Church Without Christ don’t have a Jesus but it needs one! It needs a new Jesus! It needs one that is all man, without blood to waste.” In spite of their differences, both Motes and Blue die alone and misunderstood, and reading these novels together provokes many questions.

Connolly’s description of Blue’s work among the immigrant and working class poor (characterized in stereotypical language that reads jarringly today: “the Jew,” “Negro Joe,” etc.) also feels best served—despite its idealism—with a counter voice like that which Ellison expresses in Invisible Man. Blue’s loving idealism, genuine as it is, with his eyes “shining forth” as he “pledges himself to poverty and to live among the poor,” may ring false to many, especially to the very “invisible” minorities Blue means to serve (Ellison speaks for African-Americans when he says “you refuse to see me,” for example).

Mr. Blue’s relevance endures because of its call to look deeply inward and compassionately outward, to question oneself while embracing the plight, worries and needs of others. Extreme figures, be they ascetics and loners or media sensations and politicians, are voices in and of our political and cultural climate, and religious leaders (Pope Francis especially) remain an integral part of our American and global landscape, most obviously during this election cycle. Blue’s life—his words, actions and his death—invite us to consider our own place and role among the “new masses.” To read the novel seriously is to embrace the question the narrator asks at the end: “Why are all of us here and not Blue?”

This article also appeared in print, under the headline “How the World Will End,” in the November 28, 2016, issue. 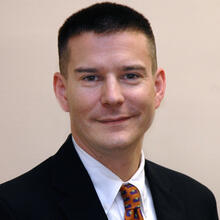 Paul Almonte is an associate professor and chairperson of the English department at Saint Peter’s University in Jersey City, N.J.