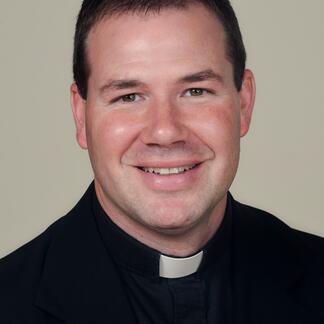 Faith Faith in Focus
The Catholic Church must listen to the courageous voices of women
Luke Hansen, S.J.March 12, 2018
The women who spoke at this year’s Voices of Faith are exemplars of faith and courage.

Arts & Culture Books
Guantánamo—is this American justice?
Luke Hansen, S.J.September 15, 2016
Guantánamo Diary belongs in a canon of great social justice memoirs not only for the unique context in which the story was written but also for its power and eloquence.

The Good Word
Daniel Berrigan remembered as apostle of peace at Easter Season Mass
Luke Hansen, S.J.May 07, 2016
"Dan's witness is an invitation to commit ourselves anew to the radical Gospel message."

Faith Signs Of the Times
Daniel Berrigan: poet, priest, prophet
Luke Hansen, S.J.May 03, 2016
Daniel Berrigan, the Jesuit priest and acclaimed poet who for decades famously challenged U.S. Catholics to reject war and nuclear weapons, died on April 30. He was 94. He was a Jesuit for 76 years and a priest for 63 years.

Poet and Prophet
Luke Hansen, S.J.May 02, 2016
Daniel Berrigan, the Jesuit priest and acclaimed poet who for decades famously challenged U.S. Catholics to reject war and nuclear weapons, died on April 30 at the Murray-Weigel Jesuit Community in the Bronx, New York. He was 94. He was a Jesuit for 76 years and a priest for 63 years.Berri

Politics & Society News
The peacemaking legacy of Daniel Berrigan, S.J.
Luke Hansen, S.J.April 30, 2016
Berrigan undoubtedly stands among the most influential American Jesuits of the past century.

News
Cardinal Peter Turkson: The earth is at risk, something must be done
Luke Hansen, S.J.November 05, 2015
Cardinal Turkson said the measure of success for the Paris summit on climate change, which begins Nov. 30, is “the extent to which people and groups are coming on board.” He noted there is substantial public awareness about “what is at stake.”

Synod on the Family
Absence of historical reflection a weakness of the synod, says Abbot Schröder
Luke Hansen, S.J.October 28, 2015
“What we now consider to be eternal truth was really only formulated at Trent, and that’s not understood by many synod fathers.”