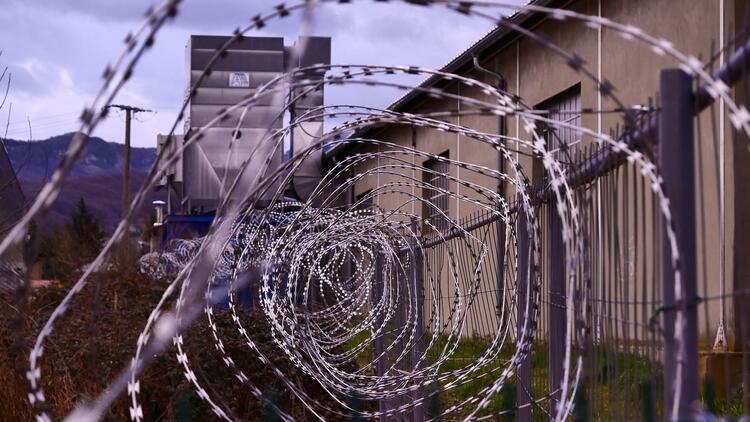 Photo by Hédi Benyounes on Unsplash.

In February, when President Barack Obama submitted his plan to Congress to finally shutter the military prison in Guantánamo Bay, Cuba, he reiterated his basic motivation: national security. He said the prison is used as a recruiting tool for terrorists, harms our relationships with allies and “drains military resources.” Based on the 2015 expenses of running the prison camps, the current cost to imprison a man for one year in Guantánamo Bay is $5.6 million. By transferring the remaining 76 prisoners to either other countries or a maximum-security facility on U.S. soil, the Obama administration predicts savings of $1.7 billion over 20 years.

These factors, no doubt, are compelling and urgent. But they notably overlook the human rights abuses of torture and indefinite detention and the human beings most immediately affected by these policies and practices. Guantánamo Diary, an unprecedented and historic book, the first written by a current prisoner in Guantánamo Bay, is an essential contribution to the debate over the legacy of the prison—and its future. The author, Mohamedou Ould Slahi, from the North African country of Mauritania, arrived at the prison in 2002, has never been charged with a crime and won a federal court decision in 2010 but remains imprisoned to this day.

Each prisoner’s story is unique. Mr. Slahi’s, like many others, might surprise the reader as it challenges the popular notion about who is held in Guantánamo. This book provides an exemplary case study in how a network of connections, associations and accusations as well as torture and weak evidence could land a man in Guantánamo Bay who had no connection to the attacks of Sept. 11, 2001, and never had any interest in fighting against the United States. It is an inside story of one of the ugliest chapters in post-Sept. 11 America—a chapter still being written today.

Mr. Slahi became the first in his family to attend college when he received a scholarship to study in Germany. He momentarily left his studies to join the U.S.-supported fight against the communist government in Afghanistan, which forbade the practice of Islam. Once the government fell, Mr. Slahi returned to Germany, as he had no interest in fighting other Muslims. Later, when Al Qaeda wanted to wage war against the United States, he said he had “nothing to do” with that effort. “I didn’t join them in this idea,” he said.

In 2000, when Mr. Slahi lived in Toronto, U.S. authorities questioned him twice about the so-called Millennium Plot to bomb the Los Angeles International Airport. Just 18 days after Sept. 11, back in Mauritania, he was detained and questioned by the Federal Bureau of Investigation, and again released. In November 2001, he drove to the local police station for further questioning. This time he never returned home. The United States rendered him to Jordan for nearly eight months, Bagram Air Base in Afghanistan for two weeks and finally Guantánamo Bay, where he has been held since Aug. 5, 2002.

Larry Siems, the writer and human rights activist who edited the memoirs, writes, “I have, I believe, read everything that has been made public about his case, and I do not understand why he was ever in Guantánamo in the first place.”

Mr. Slahi’s memoirs, 466 pages handwritten in the summer of 2005, detail the “special projects interrogation” that he endured from 2002 to 2004. The diaries are presented in three sections: rendition, pre-torture and post-torture. Mr. Slahi experienced months of extreme isolation, threats to his family, death threats to himself, a mock kidnapping and a host of other physical and psychological abuses and sexual humiliations. John Le Carré, author of A Delicate Truth, has called Guantánamo Diary “a vision of hell, beyond Orwell, beyond Kafka.”

Americans are constantly told that these men are trained to lie, especially about their treatment in U.S. custody, but Mr. Slahi’s detailed claims about his brutal torture were later verified by the U.S. Justice Department and a U.S. Senate committee. Repeatedly in Guantánamo Diary the editor footnotes the documentary evidence that corroborates the story told by Mr. Slahi. A military prosecutor, Lt. Col. V. Stuart Couch, found the evidence of torture in this case so problematic and conflicting with his deeply held Christian convictions that he withdrew from the case and refused to cooperate with any effort to prosecute him.

Everything Mr. Slahi wrote during that summer was immediately classified. It took six years for attorneys to litigate and negotiate the declassification of the memoirs. One unique feature of Guantánamo Diary is the presence of more than 2,600 black-bar redactions. On two occasions, more than five pages of text are entirely blacked out. Mr. Siems, the editor, helps the reader through footnotes that explain redacted information when it is available elsewhere in the manuscript or in another public record. The best-selling book has now appeared in 22 languages in 25 countries.

Guantánamo Diary belongs in a canon of great social justice memoirs not only for the unique context in which the story was written but also for its power and eloquence. Consider the circumstances. A man from Mauritania wins a prize to study in Germany, becomes an electrical engineer, knows four languages, is a gifted writer and he is rendered, tortured and held for years. The writing has color, texture, vivid description and emotional vulnerability. At one point, Mr. Slahi admits: “I cried from the pain. Yes, a man my age cried silently. I just couldn’t bear the agony.” He showed desperation for signs of hope, human contact and relationships, for some relief to the abuse and pain.

The story consistently defies any simplistic, monolithic view of the men in Guantánamo. It reveals their humanity and complexity. In this way, it adds to the legacy of Guantánamo Poems (University of Iowa Press, 2007).

“I have only written what I experienced, what I saw, and what I learned first-hand,” Mr. Slahi writes. “I have tried not to exaggerate, nor to understate. I have tried to be as fair as possible, to the U.S. government, to my brothers, and to myself.” The fact that he seeks fairness—and achieves it—for a government that has unjustly imprisoned him for more than 14 years is a testament to his character and commitment.

Will Mr. Slahi ever leave Guantánamo? That day could be imminent. On July 14, a board of senior security officials determined by consensus that continuing to detain Mr. Slahi “is no longer necessary to protect against a continuing significant threat to the security of the United States.” The board cited his “highly compliant behavior in detention,” “candid responses to the Board’s questions” and his “robust and realistic plan for the future.”

At the hearing in early June, a former guard in Guantánamo Bay submitted a letter on behalf of Mr. Slahi that supported his release. The guard writes that he expected to find the “worst of the worst,” “angry and brutal men” in Guantánamo Bay, but his experience with Mr. Slahi was “nothing of the sort.” The guard described him as “polite, friendly, and respectful” and able to “maintain a good sense of humor despite his surroundings.” Most significantly, the U.S. soldier testified, “Based on my interactions with Mr. Slahi while in Guantánamo, I would be pleased to welcome him into my home.”

Guantánamo Diary is an opportunity to welcome his story into your home.

This article also appeared in print, under the headline “American Justice?,” in the September 26, 2016, issue.

Luke Hansen, S.J., a former associate editor of America, is a student at the Jesuit School of Theology of Santa Clara University, Berkeley, Calif. Twitter: @lukehansensj.