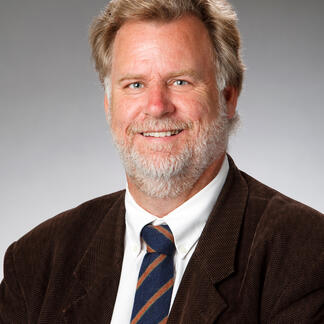 John W. Martens is an associate professor of theology at the University of St. Thomas, St. Paul, Minn,where he teaches early Christianity and Judaism. He also directs the Master of Arts in Theology program at the St. Paul Seminary School of Divinity. He was born in Vancouver, B.C. into a Mennonite family that had decided to confront modernity in an urban setting. His post-secondary education began at Tabor College, Hillsboro, Kansas, came to an abrupt stop, then started again at Vancouver Community College, where his interest in Judaism and Christianity in the earliest centuries emerged. He then studied at St. Michael's College, University of Toronto, and McMaster University, with stops at University of Haifa and University of Tubingen. His writing often explores the intersection of Jewish, Christian and Greco-Roman culture and belief, such as in "let the little children come to me: Children and Childhood in Early Christianity" (Washington, D.C.: The Catholic University of America Press, 2009), but he is not beyond jumping into the intersection of modernity and ancient religion, as in "The End of the World: The Apocalyptic Imagination in Film and Television" (Winnipeg: J. Gordon Shillingford Press, 2003). He blogs at  www.biblejunkies.com and at www.americamagazine.org for "The Good Word." You can follow him on Twitter @biblejunkies, where he would be excited to welcome you to his random and obscure interests, which range from the Vancouver Canucks and Minnesota Timberwolves, to his dog, and 70s punk, pop and rock. When he can, he brings students to Greece, Turkey and Rome to explore the artifacts and landscape of the ancient world. He lives in St. Paul with his wife and has two sons. He is certain that the world will not end until the Vancouver Canucks have won the Stanley Cup, as evidence has emerged from the Revelation of John, 1 Enoch, 2 Baruch, and 4 Ezra which all point in this direction.

FaithThe Word
There is no Catholic civil war, regardless of what certain Catholic political pundits tell you.
John W. MartensNovember 03, 2016
“He has rescued us from the power of darkness” (Col 1:13)

FaithThe Word
Why people are so attracted to apocalyptic biblical narratives
John W. MartensOctober 27, 2016
“For you yourselves know how you ought to imitate us” (2 Thes 3:7)

FaithThe Word
Witnesses to Life
John W. MartensOctober 20, 2016
St. Augustine defined martyrdom in this way: “It is the reason why, not the suffering that constitutes the martyr.”

FaithThe Word
If you think God might tire of lost humanity, think again.
John W. MartensOctober 13, 2016
“For the Son of Man came to seek out and to save the lost” (Lk 19:10)

FaithThe Word
The Righteous Ones
John W. MartensOctober 06, 2016
The introductory line to Jesus rsquo parable of the Pharisee and the tax collector is as important to understand as is the parable itself The Gospel of Luke the only Gospel in which this parable is found sets the scene Following the parable of the unjust judge and the widow Jesus ldquo also t

FaithThe Word
The spiritual contest demands that we keep fighting and not give up.
John W. MartensSeptember 28, 2016
To draw sustenance, we must continue to go to the sources that refresh us: friends, prayer, the sacraments, the Mass and Scripture, all of which equip us for the spiritual battle, and to recognize that God is always with us too, truly fighting at our side.

FaithThe Word
Lessons from the 10 lepers
John W. MartensSeptember 22, 2016
Only the Samaritan turned back to praise God and (literally translated) “fell before his feet” and thanked Jesus.

FaithThe Word
What Psalm 146:9 tells us about God's watch
John W. MartensSeptember 08, 2016
If we truly believe that God is on watch for the poor, the widow and the orphan, then now is the time to align ourselves with God’s reign, with Lazarus.

The Word
Serving God
John W. MartensSeptember 01, 2016
The complexity of the parable of the dishonest manager found in Luke rsquo s Gospel alone did not stop the church fathers from cutting to the heart of the matter Jesus commended the dishonest manager for slashing the amount of money the debtors owed to his master and encouraged his listeners to a